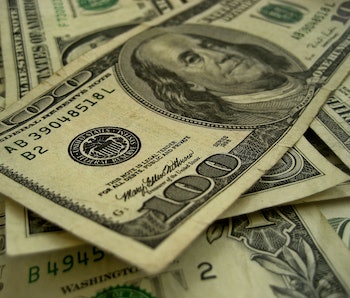 Universal basic income may seem like a pipe dream to many, but for 125 residents of Stockton, California, it’s already a reality.

The Stockton Economic Empowerment Demonstration, which gives $500 per month to participants with no strings attached, is the first government-run program of its kind in the United States. Tomas Vargas Jr., one of the recipients and a part-time supervisor for a logistics firm, said that the policy transformed his relationship with his family.

“It enables me to have more family time to spend learning what my kids did at school, or reading books with them at night and going to the park,” Vargas told CBS News in a Friday story. “I don’t have to take time away from my family because I would have to make money for those things I want to give them.”

It’s a glowing endorsement for Michael Tubbs’ policy, and for campaigners that claim the policy could help those that need it most. The 28-year-old mayor made headlines when he announced that the poverty-stricken city, which declared bankruptcy in 2012, would play host to an 18-month trial starting February and ending August 2020. Participants, chosen from the city’s lowest-income ZIP codes where the median annual salary was below $46,033, would receive prepaid debit cards to spend the money as they wish.

Vargas said the money has helped him afford tutoring for his kids to help put them through school. He also says he sleeps better, thanks to lower stress levels. He is also putting some of the money into the market, investing it in individual retirement plans to ensure he has something like a mini-basic income when he retires. Altogether, the basic income accounts for around 20 percent of Vargas’ earnings.

“I am more interested in what I can put it in to get a dividend back instead of going to dinner and buying shoes,” he told the publication. “At the end of the 18 months, I want it to end on a good note, not I just spent it on a bunch of nothing.”

Universal Basic Income: How It Could Change Lives

Vargas’ story is not unique. In areas where basic income has been trialled, early findings continue to suggest it not only has a positive effect on people’s lives, but also on the lives of their families, their health, and the surrounding economy.

In February 2017, the New York Times covered an experiment in rural Kenya where participants would receive $22 per month for the next 12 years. GiveDirectly, the team behind the experiment, found people spent it on clean water, food, and resources for their business. Some gave up work, to pursue education or because it was too physically demanding, while others continued to run their business.

“I now feel positive with life because I can plan to have things I don’t have in the future,” 39-year-old Saline said in response.

Similar sentiments were found when Finland ran a basic income experiment over a two-year period, giving around $634 per month to 2,000 unemployed Finns without conditions. The respondents reported feeling more secure with the same amount of money, and they had more trust in politicians and other institutes. The full results are expected in 2021.

Ontario also ran a relatively short-lived experiment that gave 4,000 people a minimum level of income. Around 48.4 percent of participants had experienced food insecurity, and the basic income allowed them to purchase better-quality goods. One respondent said she could now “afford to use small local groceries closer to me.”

Politicians in South Korea and the United Kingdom are now pushing to run similar trials and observe the effects. With Andrew Yang running for the Democratic presidential nomination on a basic income platform, offering $1,000 per month to every American, the policy could move nationwide sooner than expected.

More like this
Innovation
4 hours ago
Are self-driving cars safe? The tipping point rests on a psychological illusion
By Jean-François Bonnefon and The Reader
Innovation
7.1.2022 10:00 AM
Robots are ready to get touchy-feely
By Sarah Wells
Innovation
6.29.2022 6:00 PM
Can cars run on water? The science of a TikTok conspiracy theory, explained
By Andrew Moseman
Related Tags
Share: