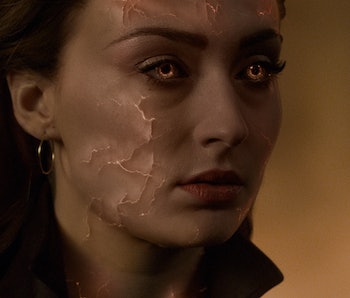 The Dark Phoenix comic book storyline goes for round two in Dark Phoenix (or is that round three?). Resurrected in time for the final X-Men film under the 20th Century Fox banner (Disney now owns the rights to the beloved mutants), Dark Phoenix is far from the best in the franchise. However, as an adaptation of The Dark Phoenix Saga by Chris Claremont and John Byrne, it’s much closer to its source material than X-Men: The Last Stand (aka, X3).

Though it can be argued that there was too much going on in X3 for it to focus on Jean Grey and her new powers (because there was), Dark Phoenix at least dedicates more time to tell its story of Jean’s transition into one of the most powerful beings in the universe. Is it a perfect retelling? No, and it was probably never going to be. Still, the film handles some of the details of the Phoenix’s development much better (ironic, considering both movies were written by Simon Kinberg).

Here’s what Dark Phoenix gets right about the storyline that X3 didn’t.

In X3, Jean Grey’s Phoenix powers are explained as a repressed and separate personality that reappeared upon her resurrection. On the other hand, Dark Phoenix stayed true to the storyline’s comic roots in that Jean gets her powers while on a dangerous mission in space. During the mission, she’s hit by a supposed solar flare that gifts her the power of the Phoenix. The solar flare is later revealed to be a cosmic force that is beyond Jean’s control. The Phoenix powers also break down some of the barriers in her mind that have been erected (in the film they’re put there by Charles Xavier), much like they do in the comics version.

While The Last Stand’s story made Jean powerful, it didn’t really delve into her powers beyond them being scary and out of control. The implication of repressed powers makes it as though Jean has always harbored an innate dark side. Dark Phoenix, however, allows Jean some space to come to terms with past trauma and the mind walls Xavier put in place, while also wrestling for control over her powers. The powers only amplify her feelings of anger, but her cruel actions are that of the cosmic force and not who she is deep down, which is a distinction the film makes clear.

This might actually be giving the film too much credit, but it at least does a far better job depicting how much Scott cares about Jean (and vice versa) than X3 did. Of course, neither film has done anything to develop Jean and Scott’s romantic relationship the way the comics have, but Dark Phoenix leans into the idea of Scott as an emotional tether for Jean. Whereas X3 killed Scott in the first 10 minutes and then centered Logan in the fight to bring Jean back to who she was, Dark Phoenix at least showcases a bit more of Jean and Scott as a couple. At one point in the film, Jean makes a decision to stop what she’s doing and takes control of her powers because she doesn’t want to hurt Scott. In another scene, she’s shown being concerned over his well-being and makes it a point to leave Xavier’s mansion so as not to put him (and others) at risk.

It was unexpected, but welcome, to find out there were actual aliens involved in the Phoenix storyline. X3, like its predecessors, didn’t venture into extraterrestrial territory. In fact, this is the first time aliens have been introduced into the X-Men movie universe and their presence further destabilizes the already vulnerable relationship between mutants and humans (Jean’s level of destruction started it though). Vuk is the leader of the remaining D’Bari, an alien species whose planet was destroyed by the cosmic force, and she has her sights set on Jean and her Phoenix powers.

However, this is the opposite of the comics in that Vuk doesn’t want to minimize Jean’s use of the Phoenix Force. Instead, she wants her to lean into that power. While Dark Phoenix features Vuk and the D’Bari and gives them a backstory and purpose, X3 bypasses aliens completely. Since Jean’s powers come from a cosmic force and have the potential to destroy the world (and other planets), it makes sense to include aliens in the story and it helps explain the cosmic force’s existence. They may not be the same as in the comics, but their existence helps to explain how old the Phoenix powers really are, while Vuk and the D’Bari work as an additional threat that Jean, the X-Men, and Magneto must fight to overcome.