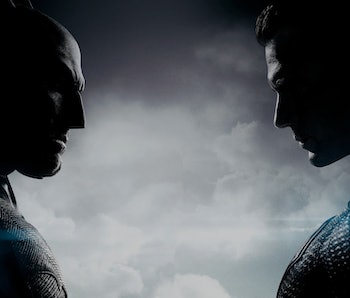 There’s no better indicator of so-called ‘geek culture’ being dragged kicking and screaming into the mainstream than the rate at which comic book stories are spilling off the page and onto the nearest screen. Some barely grace shelves before the screen rights are snapped up, while others are ushered into development before the first panel is even inked.

Arguably this year’s best offering in that domain, Marvel’s Daredevil, was kept out of multiplexes and pushed onto wider audiences through Netflix. In 2016 Matt Murdock won’t have it quite as easy with an onslaught of bigger and bolder competitors en route; the year is absolutely stacked with big-budget comic book movies. And yet, as the old adage insists, we should demand quality over quantity. So does this mean we should expect a better CBM year than 2015? Let’s have a look.

X-Men Origins: Wolverine sewed up Deadpool’s yammering trap, an ill-advised move for a character referred to as the Merc With A Mouth. Ryan Reynolds and director Tim Miller’s test footage for a solo movie went some way to rectifying that slip, catching Fox’s attention enough to [bag a greenlight]((https://www.yahoo.com/movies/ryan-reynolds-explains-how-the-deadpool-movie-got-109934676757.html). The film follows mercenary Wade Wilson as he undergoes an experimental treatment to cure his cancer that leaves him ugly as fuck but able to regenerate quickly.

Interestingly, the studio took a light-handed approach during production, letting Miller steer Wilson’s story to completion. Turning to the trailer as evidence, this seemingly faithful adaptation of the beloved quipster’s exploits is shaping up to be a decent origin story.

Warner Bros. laid the groundwork for its DC Cinematic Universe with Man Of Steel and met resistance from those who took offense to the sheer magnitude of destruction at the film’s climax. Batman V Superman by its title alone suggests an even bigger sweep of chaos. For the first time ever onscreen, the two superheroes go head-to-head as Metropolis reels from the damage brought about by Superman and Zod’s epic tussle. Bruce Wayne is among those pissed off citizens, taking to his crime-fighting persona again to stop Supes, who it turns out needs Batman’s help to stop… something even more villainous. It’s rumored to be Doomsday brought to life by Jesse Eisenberg’s Lex Luthor.

Zack Snyder has caught a bit of flack for everything he’s ever made, and will no doubt come under the gun from aficionados should he slightly flex his artistic license toward these two highly-revered comic icons. Early footage imparts a certain Nolan flair to proceedings, which means it’s gonna be dark, bleak with little chance of humor.

What To Expect: About a million fan theories hitting the web within an hour of its first screening.

The stuffed cast list for Captain America: Civil War reads like an unofficial Avengers sequel. Everyone who’s anyone in Marvel’s Cinematic Universe is scheduled to make an appearance: Iron Man, Captain America, Black Widow, Thor, Hulk, Hawkeye, The Falcon, Ant-Man… and so on. Taking its cues from the celebrated Civil War storyline permeating the Marvel comic universe from 2006-2007 we know that it’s staged around the Superhero Registration Act with Tony and Cap leading sparring factions on opposite sides of the argument.

Thanks to the vigorous sniffing of online scoop hounds, we now know who’s on whose team, eliminating some of the surprises the Russos no doubt intended for comic fans. The simple truth is that compared to BvS, we know what we’re getting with Cap’s third outing. Marvel’s unimpeachable reputation won’t be rocked.

What To Expect: Spider-Man joining the MCU + all the superheroes + major character conflict = the biggest film of the year, hands down.

The X-Men franchise relaunched in 2011 with First Class, a prequel that spawned its own sequel Days Of Future Past, that now leads us to X-Men: Apocalypse. Described as the closing chapter in the trilogy by producer-writer Simon Kinberg it bears the signs of Cap 3’s ambition with a massive cast telling a massive story. Picking up ten years after DoFP, the remaining mutants are scattered across the globe, only reuniting when their biggest ever threat surfaces: the first mutant El Sabah Nur. He also goes by the name Apocalypse and has four horsemen hand-picked from the mutant pool, one of which is Magneto.

Characters from the original trilogy - Jean Grey, Cyclops, Storm - are all recast with younger actors playing the mutants as they arrive at Xavier’s school. Together with the older talent still involved - Magneto, Mystique, Beast, Xavier, possibly Wolverine - a war against the ancient evil is waged.

What To Expect: The longest running time of any X-Men film, loads of nods to ‘80s pop culture, and Sansa Stark with powers.

Michael Bay knows a good thing when he sees it. Then ignores it and chooses to make something shitty because it’ll make bank. Teenage Mutant Ninja Turtles 2 is the sequel no one had a particular hankering for but we’re getting anyway, as its predecessor racked up plenty in box office receipts and topped up Paramount’s coffers.

Jonathan Liebesman abandons the director’s chair, replaced this time by Earth To Echo’s Dave Green. Whoever’s in charge they’ve still got to wrangle a worthwhile story out of a franchise that’s already exhausted its most exciting element - turtles that talk! - in the several 90s outings under its belt. Still, Will Arnett’s back. That’s one thing.

What To Expect: Megan Fox’s amazement once again at being given paid work.

David Ayer’s previous output would scare the ‘roids out of Marvel. That’s why Warner elected him to direct Suicide Squad, a villain-heavy spectacle set in the same world as Batman V Superman. It revolves around a bunch of baddies brought together under the banner Task Force X by a government heavy, who promises them reduced sentences if they band together on dangerous missions. Hence their unofficial nickname.

Promising to venture into the darkest recesses of the antihero psyche, Ayer truly is a solid choice to push this one through. His track record is a little hit and miss but his eye for brutalizing the violence of carnage to the hilt ought to make this stick out from Marvel’s softer PG-13 stuff. This is a comic book movie for adults.

What To Expect: Jared Leto embracing his inner De Niro, a quick cameo from Ben Affleck, and about a billion think-pieces ruminating on Leto’s performance in comparison to Ledger’s.

Another Marvel property owned by Fox is Gambit. Channing Tatum’s heading this one up, starring and producing the studio’s second origin flick of the year that can be traced back to the first Wolverine movie. Cajun trickster Remy LaBeau first appeared in that 2009 blah-fest, and floats back into view for his dedicated film directed by Rupert Wyatt, who helmed the rather good Rise of the Planet of the Apes.

It’s early days on this one. No synopses - official or otherwise - have done the rounds, with the sole scrap of story info hailing from reports of the female lead destined to play opposite Tatum. Léa Seydoux is at the top of that pile, and has apparently been offered the gig of Gambit’s lifelong love interest Bella Boudreaux. With the original story treatment flowing from the pen of Remy LeBeau’s creator Chris Claremont fans should find their demands catered for after the character’s first onscreen stint.

What To Expect: Loads of Tatum looking effortlessly cool and easter eggs tying it to the greater X-Men universe.

An untapped part of Marvel’s comic world yet to appear onscreen are its supernatural titles. The story of Dr. Stephen Strange begins when the titular neurosurgeon loses the use of his hands after a car accident, leading him to track down a mystic who teaches him to protect our world from the perils of another dimension. This is Marvel’s first foray into the darker side of superheroism.

Naturally, Marvel isn’t wanting to alienate its established core audience. And yet the concept of venturing into pastures new isn’t lost on them. Doctor Strange takes that first step toward the unknown, rather boldly with Scott Derrickson, who created Sinister and The Exorcism of Emily Rose, at the helm. This is only the second entry of Phase 3 and might indeed prove to be its most adventurous.

What To Expect: Tilda Swinton stealing every single scene as Strange’s teacher The Ancient One.