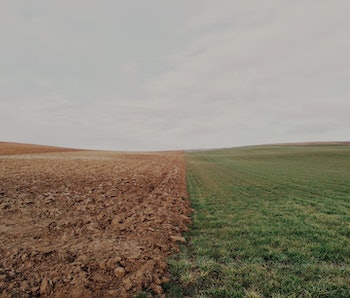 Over the weekend, humanity quietly passed a grim milestone. Earth’s atmosphere exceeded its highest concentration of carbon dioxide in human history. On Sunday, a Twitter account run by the Scripps Institute of Oceanography tweeted the previous day’s measurement, much as it does every single day. Except on Sunday, the steadily advancing graph of global CO2 concentration included a matter-of-fact note: “First daily baseline over 415ppm.” Sunday’s reading hit a record-breaking 415.26 parts per million.

This is not the highest concentration of atmospheric CO2 in recorded history, but in all of human history. It’s the first time this has ever happened since the evolution of modern humans.

"We are entering an era never before experienced by humans."

“Not that we need it, but the latest numbers are further evidence of the massive impact humans are having on our atmosphere and climate,” Peter Gleick, Ph.D., tells Inverse.

Gleick, the President Emeritus at the Pacific Institute for Studies in Development, Environment, and Security, says that these numbers illustrate the fact that humans aren’t doing enough to slow the rate of emissions of greenhouse gases. He warns that “we are entering an era never before experienced by humans.”

“In the near term, we will see more and more of what we’ve been seeing lately: extreme weather, strange temperatures and altered seasons, damaging storms, and growing impacts on both humans and the natural environment.”

What Is the Keeling Curve?

The data presented by Scripps is part of the Keeling Curve, an ongoing graph of CO2 concentrations in Earth’s atmosphere. The Mauna Loa Observatory in Hawaii, which is run by the National Oceanic and Atmospheric Administration, has been collecting this data since 1958. It’s well suited to this task because it’s so far from industrial activity that its readings are considered accurate representations of Earth’s actual atmospheric concentrations. The data before 1958 comes from ice core samples, where historic CO2 concentrations have been recorded.

Named for Charles David Keeling, the Keeling Curve does show some annual peaks and valleys. But overall, it’s steadily risen year after year. In 2016, when Scripps announced that the curve had broken 400 ppm, Keeling’s son, Ralph, wrote that we’d almost certainly never see a number below 400 again.

“Chances are almost nil that we’ll see measurements below 400 later this year, or any time next year, or the year after that,” he wrote in a blog post for Scripps.

Gleick, for his part, agrees.

“Every year CO2 continues to rise,” he says. “When I was born, levels were around 315 ppm — 100 ppm lower than today. Next year the peak will be near 420 and continuing to rise unless we move aggressively to cut greenhouse gas emissions.”

To highlight just how unprecedented this situation is, Gleick posted his own annotated version of the Keeling Curve on Monday:

The rise on the graph is so steep that it barely looks like a curve anymore.

As the graph also shows, there have been several major peaks and valleys in atmospheric CO2 concentrations throughout Earth’s history, but even the highest levels still fell way below the current number.

At this point, the overwhelming scientific consensus asserts that humans are the main driver of climate change, at least of the climate change we’re seeing in our lifetime. Nonetheless, the news hits hard.

“Not just in recorded history, not just since the invention of agriculture 10,000 years ago,” meteorologist and journalist Eric Holthaus noted on Twitter. “Since before modern humans existed millions of years ago.”

There’s No Way to Go Back, So We Must Adapt

Gleick emphasizes that, since we are unlikely to ever go back to the way things were, we should instead prepare to adapt to the inevitable effects of climate change.

“All of human evolution, and all of the development of modern civilization occurred with CO2 levels far lower, and with climatic conditions far different,” he points out. “We’ve built everything for a climate that no longer exists: Our coastal developments, our agricultural systems, our water treatment and delivery technologies all were designed for a different climate. Adapting to the new and rapidly changing climate implied by 400-plus parts per million CO2 (and continuing to rise rapidly) will be costly, in lives, health, and money.”

More like this
Science
5.18.2022 8:00 PM
Pollution is responsible for one in six deaths each year — and it’s getting worse
By Tara Yarlagadda
Science
5.19.2022 9:00 PM
The world's most vital forests are dying at twice the rate they did 35 years ago — study
By Elana Spivack
Science
5.13.2022 3:01 PM
Can restaurant menus help diners choose climate-friendly meals?
By Tara Yarlagadda
Related Tags
Share: