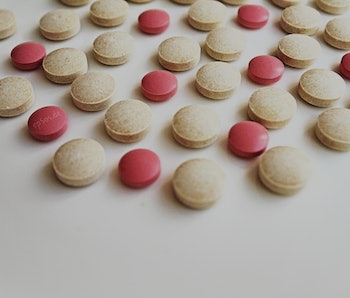 To the delight of anyone who’s twitched their way through an illegally acquired Adderall-induced headache, researchers at Harvard and Oxford have just announced the existence of the world’s first safe “smart drug.” Modafinil, which is normally used to treat narcoleptics, is widely used “off-license” to enhance concentration and alertness, but its brain-boosting benefits haven’t been confirmed until now.

The scientists reviewed 24 studies looking at Modafinil’s effect on cognitive enhancement, publishing their work in the journal European Neuropscyhopharmacology. They concluded that it had “significant cognitive benefits” and, according to study co-author Anna-Katherine Brem, “vanishingly few side effects.”

Of course, Modafinil’s effect as a nootropic varied from task to task, but it worked particularly well in improving decision making and planning, and it consistently conferred more benefits during longer and more complex tasks. It didn’t seem to have much of an effect on working memory or flexibility of thought. And, of the studies that factored in Modafinil’s impact on mood and other side effects, 70 percent didn’t show any consequences.

The study acknowledges that there just isn’t enough data to assess Modafinil’s long-term effects, but the review’s results show that Modafinil is safe to use in the short term. For now, the drug is still only licensed for treating narcoleptics, but this paper could reopen the debate about the non-medical use of drugs that improve human performance.

“We’re not saying ‘go out and take this drug and your life will be better’,” Brem told The Guardian. “It is still unlicensed for healthy people — but it is time for a wider debate on how to integrate cognitive enhancement into our lives. We need to explore the ethics, and scientists, politicians, and the public need to be involved.”