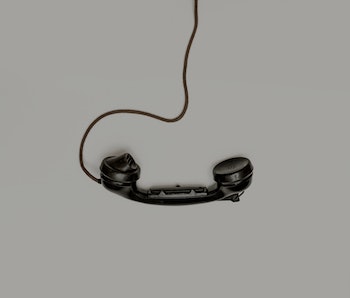 If it seems like you’ve been getting a lot more robocalls lately — you’re right — and not just if you’re on the receiving end of a John Oliver prank. Robocall frequency rose nearly 60 percent over 2018, according to the national call index, YouMail. There’s also no end in sight.

The most common target appears to be New York City, where last month alone, residents received 175 million automated calls. The situation there has gotten so bad that state lawmakers have even introduced a bill, called the Robocall Prevention Act, the first bill in the country that would ban any robocall to a New York-registered number.

It would seem to be a policy slam dunk. After all, who’s going to step up and go to bat for robocalls? But for a bill whose goal seems so straightforwardly unobjectionable, the Robocall Prevention Act is still facing strong pushback from both politicians and unions, who argue that banning automated calls is unconstitutional.

As technology stop-gaps to the problem of robocalling become increasingly available, it seems important to consider what until now seemed like an unrelated problem: The scourge of robocalls might be constitutionally protected by the the First Amendment’s provisions regarding free speech.

Why Robocalls Are Getting Worse

In 2003, the Federal Communications Commission (FCC) updated the TCPA with the Do-Not-Call Registry, which allows folks to “opt out” of telemarketing calls. After being on the list for 31 days, consumers can report any continuing calls to the Federal Trade Commission (FTC). According to a recent statistic from FCC head Ajit Pai, roughly 60 percent of the agency’s consumer complaints are related to “unwanted calls.”

"“They lose money that might have paid for their children’s medicine."

New York City in particular is one of the chief places to get robocalls because, as the country’s largest city, it’s got lots of people: “As a famous bank robber from the 1920s said, ‘I rob banks because it’s where the money is,’” Richard Berkeley, who runs New York’s Public Utility Law Project, tells Inverse.

But instead of insured banks, robocall scams often target vulnerable populations, explains Berkeley, like low-income communities, with urgent messages to pay bills or fake warnings from the IRS.

“Or they’ll say, ‘Your service is about to be shut off. You have to get together your cash, go out and buy a gift card because it will only take it in cash right now over the phone,’ and they lose money that might have paid for their children’s medicine.”

As their frequency grows, robo-scams are evolving far beyond a common but endurable household annoyance. Robo-scams increasingly recent immigrants with threats about visa issues in a language they may not understand. In New York, a series of scams targeting Manhattan’s Chinese community, including one that claimed to be calling from the Chinese Consulate, have cost residents tens of millions of dollars in recent months.

Laurence Hong, chief-of-staff for Manhattan Assemblyperson Yuh-Line Niou, tells Inverse it’s hard to measure his constituents’ total financial loss — sometimes, people don’t realize they’ve been conned. And once they do get conned, there’s an understandable reticence to report it. They’re embarrassed, says Hong, and would rather move past the incident than continue talking about it with law enforcement. Robocalls have become so common and so costly for Member Niou’s constituents that she’s decided to co-sponsor the Robocall Prevention Act, which would be the country’s first statewide ban.

“It would eliminate a lot of the calls that are scams,” says Hong. “It just prohibits any person or entity from making robocalls to any telephone number that’s owned by anyone in New York.”

The bill would also require all phone service companies to provide free spam-blocking software, and would allow individuals to sue robocallers for harassment.

Where the Free Speech Thing Comes in

But while the Robocall Prevention Act may be popular among robo-weary New Yorkers, the bill is facing pushback. Politicians and unions see robocalls as an important tool for reaching constituents. Making them all illegal, they say, violates their First Amendment rights.

“We believe that restricting them could be unconstitutional in terms of preventing communication with folks,” Matt Nelligan, chief-of-staff for Upstate New York’s Sen. Funke, one of the bill’s more vocal opponents, tells Inverse. “It’s like taking a hatchet to a problem that deserves a scalpel.”

After all, even the most reprehensible forms of political speech is explicitly protected under the First Amendment. Contacting constituents using an automated calling service, says Nelligan, about an upcoming vote or a particular issue or even fundraising campaigns, is a contemporary form of grassroots organizing. But should this freedom be so broadly applied to easily duplicated messaged that can be spammed to millions of people with no effort?

Nelligan argued that doing away with robocalling entirely would in practice hurt the little guy. Only the best-funded political campaigns and unions can afford call centers. Robocalls, he says, remain a key communication tool for fundraising and voter registration, especially for less established candidates. People want to talk about campaign finance reform, asks Nelligan? Robocalls a way of leveling the playing field.

Even Laurence Hong from Member Niou’s office agrees with Nelligan about the necessity of robocalling — to a degree.

“It’s a very important communication tool in this new era that we have,” says Hong. “But at the same time it’s being abused heavily.” Maybe, argues Hong, robocalling has become an issue that deserves a hatchet, while rebuilding an ethical and non-infuriating system for automated calls is a task meant for the rhetorical scalpel.

The Robocall Prevention Act has already scaled its first hurdle to becoming a bill, passing the Energy and Telecommunications Committee in late March. It’s now on the Senate floor. The Act’s opponents worry it will pass too soon, before the language is refined enough; its supporters worry it won’t pass soon enough, and therefore wind up being so weak as to be unenforceable.