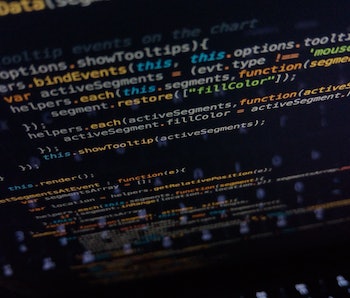 AgeChecked claims the documentary had over 850,000 viewers, but declined to say how many people actually used its service to access the short adult film. Still, its creators are declaring the trial a success.

“The results of this first mainstream test of our software were hugely encouraging,” Alastair Graham, CEO of AgeChecked, said in a statement.

Not everyone was convinced:

The verification system is part of the British government’s plan to implement mandatory age checks on all websites that publish adult content. The Digital Economy Act 2017 was expected to come into force in April 2018, but has failed to materialize. The British Board of Film Classification, which will manage this system as well as continuing to classify movies, released more detailed guidelines about the implementation in October 2018. Despite these moves, the check system missed its reported deadline of April 1, 2019.

However, campaigners warn that the block would be essentially useless as teenagers would find a way to circumvent the security measures. Jim Killock, executive director of the Open Rights Group, dismissed the policy to The Verge as “completely full of holes,” adding that “if teenagers in particular have any incentive to get around these controls, they will.”

“AgeID cannot see, let alone store any data used during the age verification process,” a spokesperson told Inverse. “AgeID’s only concern is whether a visitor is age verified.”

In the case of AgeChecked, the service accepted a credit card, driver’s license or phone number for age checking, the latter of which was by far the most popular. Users then received a username and password, while the only information the website received was a “pass” or “fail” from the age service.

“Customers are willing to participate in the process when they know that they are being verified by a secure provider, with whom their identity is fully protected,” Graham said.

It’s unclear when the checks will come in, whether it will be effective, and whether it will lead to a potential mass breach of online privacy. The team supporting this week’s test, though, are claiming a success.

“It is worth remembering that the goal of this legislation is to protect young kids from stumbling across adult content,” Apsey said. “The U.K. is leading the world in the introduction of online child protection measures.”

Another area that’s still unclear is whether the checks will prove popular — March’s YouGov poll found 76 percent of Brits had never even heard of it.