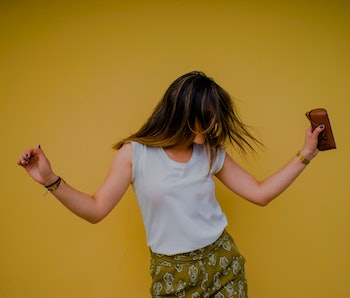 When Stevie Wonder’s 1972 hit “Superstition” comes on, you might find yourself bobbing your head, tapping your feet, and maybe even dancing along. This phenomenon is widespread and seemingly automatic, but why humans consistently react this way to certain music is still unclear. The questions of why and how music can make us want to move has led many musicologists, psychologists, and neuroscientists to the study of groove.

Groove has been defined by researchers as the pleasurable desire to move to music. That is, why we are compelled to tap or dance along to music, and why does it feel good to move to music? And why would this compulsion elicit pleasure?

Unsurprisingly, the research has consistently shown that rhythm is crucial to groove. But music is not just rhythm; it is harmony, melody, timbre, structure, performance, and many other things. In a set of studies, the first of which has recently been published in PLOS One, my colleagues and I have set to go beyond rhythm and, in doing so, try to disentangle the emotive and motor components of groove.

The term groove likely brings to mind certain types of rhythms or certain ways in which rhythms are played. We know that there are two important rhythmic drivers of groove: a regular beat and syncopation.

A regular beat is the backbone of a rhythm on which other parts of the rhythm are based. Its regularity allows a listener or player to predict the timing of future notes, making it easy to synchronize their movements with the music and each other.

However, there does not need to be a note on each beat for us to perceive or “feel” the beat. When notes fall between the beats instead of on the beat, we call this a syncopation. Syncopations work against the beat creating a tension between predictability and unpredictability. It is this tension that draws us in and drives us to engage with the music.

However, as my collaborator Maria Witek — a senior research fellow at the University of Birmingham — has shown, not just any amount of syncopation will work to get people on the dance floor. In a seminal study, she asked people to listen to 50 different rhythms covering a large range of degrees of syncopation. After hearing each rhythm, participants rated how much they wanted to move and how much pleasure they experienced. When these ratings are plotted against the degree of syncopation, a clear inverted U-shaped pattern emerges. That is, ratings are highest for rhythms with a medium degree of syncopation.

This suggests that there is a sweet spot. Too much syncopation and we lose the beat. The rhythm becomes too unpredictable, and we can no longer synchronize to it. With no syncopation, the rhythm becomes too predictable and boring, like a metronome. This optimal level of tension between syncopation and beat encourages us to engage with the music. We are compelled to test our predictions of when future notes might occur. And what better way to test our predictions about how a rhythm will unfold than to move to it!

But what about other aspects of music? For example, if we vary the complexity of chords, will we see an inverted U-pattern? And will the sweet spot for rhythms and chords work together to augment the feeling of groove?

We chose to investigate harmony (simultaneous notes forming a chord) in the context of groove because it is a strong emotive factor in music. A single chord can make us feel happy or tense and even convey complex emotions such as nostalgia. Conversely, a single chord is not likely to make you want to move, regardless of its complexity. This allowed us to investigate whether the emotive and motoric aspects of groove are affected differentially.

Our results showed an inverted U-pattern between ratings and rhythmic (but not harmonic) complexity. However, we did find that rhythm and harmony worked together such that rhythm had the strongest effect on ratings when coupled with medium complexity chords.

These results supported our idea that the two aspects of groove can be affected differentially. Rhythm was the main driver, as it strongly affected both pleasure and wanting to move. Harmony, on the other hand, primarily affected the emotive component of groove, which in turn increased the desire to move. Therefore, by increasing pleasure, pleasant harmonies increased the possibility of groove.

In a follow-up study that has yet to be published, we had participants listen to some of the same excerpts and make the same types of ratings as in the above study. However, this time they did so while undergoing functional magnetic resonance imaging.

This allowed us to investigate how brain regions involved in the different aspects of groove interact. In addition, we related these interactions to both the levels of complexity and the participants’ own ratings. By making the connection between the musical aspects groove, participants’ ratings, and their brain activity, we can get a step closer to fully characterizing the experience of groove.

Research on groove also has potential therapeutic applications. For example, the use of rhythmic music to treat motor symptoms of Parkinson’s Disease, such as problems with gait, has shown promising results. Groove research has the potential to clarify the connections between music, movement, and pleasure that may be crucial in understanding and improving rhythm-based therapies. In addition, groove research may help to maximize the enjoyability of music used in this type of therapy, which could increase patient motivation and enhance the therapeutic experience.

This article was originally published on The Conversation by Tomas Matthews. Read the original article here.

More like this
Science
Jan. 28, 2023
How does the placebo effect take hold? A doctor explains two influential factors
By Kathryn T. Hall. and The Reader
Mind and Body
Jan. 21, 2023
Procrastination study suggests a link to shoulder pain, bad sleep, and more
By Eva Skillgate, Alexander Rozental, Fred Johansson and The Conversation
Mind and Body
Jan. 15, 2023
Study reveals one brilliant brain hack that can unlock your creativity
By Lily Zhu and The Conversation
LEARN SOMETHING NEW EVERY DAY.
Related Tags
Share: