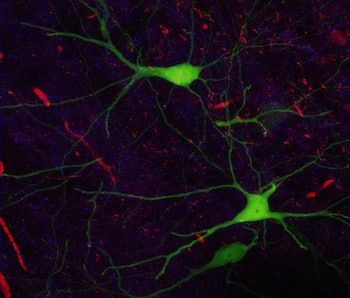 Sunday Lectures is a weekly roundup of the Internet’s most interesting educational videos. Get smarter without getting out of bed.

It’s easy to blame social media and the internet for pretty much everything that’s wrong with the youth of today. Here, DNews tells us if we’re being fair or just crotchety.

The effects of climate change aren’t just physical, says Dr. Marc Levy of Simon Fraser University. In this video he discusses the ways this environmental threat endangers human security, too.

The reason every meme uses that one font

If a meme doesn’t use Impact, is it still a meme? Here, the Vox folks uncover why it became the font of choice.

I like to imagine two scientists were smoking up in the lab when this happened. “Dude, check out this jellyfish clip. They look like they’re flying…in the water.” “Yo dude, imagine they flew out of the water — into the air???” Boom. Science.

Seeing through the eyes of a goat

Fact: In the animal world, many predators, like the big cats, have sinister, Eye of Sauron-esque vertical pupils. Prey animals, like the goat below, have evolved dopey horizontal ones instead. Though their eyes make them look like easy pickins, they actually confer some real-life advantages.

Why do we feel lonely?

There’s loneliness, the kind you get when you’re 8 hours into a solo Wet Hot American Summer marathon and haven’t heard from a single soul, and then there’s loneliness, the soul-crushing, life-consuming kind that spawns the world’s guitar-toting Justin Vernons. Here’s a neurological explainer of that second thing.