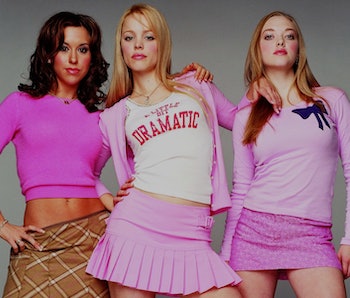 Admittedly, I was amped to chat with teens about TikTok, the most valuable tech startup in the world. By the time we are in our mid-20s, teens have become inscrutable beings, wholly intimidating in their tastes and social behavior. And yet, here I was, not a regular 20-something, but a cool 20-something, with a new directive to figure out exactly what the teens were up to.

“I actually don’t use TikTok and I don’t really know anyone who does,” Dana, 15, tells Inverse. “I feel like older people use it.”

And just like that, I was back on the outside of the teen bubble, having missed the “cool” window. Few understand this phenomenon better than “what’s new” obsessives in tech, who face a particularly strong incentive to figure out what those pesky teens — and the decades long upward trajectory of their disposal income — are up to. From Facebook to Snap to Juul, Silicon Valley has conferred its highest praise (and valuations) to whomever is seen as having cracked the code for what the teens find cool.

It’s harder for bigger, corporate entities to retain their edge, which leads to missteps, from its cringe-worthy app for targeting teens — LOL — to its controversial use of its Facebook Research VPN, which the company reportedly paid users ages 13 to 35 $20 a month plus referral fees to install. The app, which often used third-party, beta testing services to obscure the social media giant’s involvement, gave Facebook access to private text messages, IM chats (including photos), emails, web searches and activity, and ongoing location information.

While it’s Facebook who dealt with most of the blowback over this latest snooping controversy, its tactic was hardly uncommon within the industry. For years, tech companies, red-cheeked and maybe a little out of breath, have stalked behind the elusive, flitting Teen with nets. Shortly after news about Facebook’s research app broke, Google was briefly barred from making developer iOS apps too, over a similar program. Amazon, Sonos, and other tech giants have similar enterprise apps devoted to data harvesting as well, as the iOS developer Alex Fajkowski pointed out on Twitter.

Why Brands Are So Thirsty for the Teens

The very idea of “teenagedom,” a brief sanctuary between childhood and adulthood, is still relatively new. The term first emerged in the 1920s, but it wasn’t until the 1950s, after World War II, that teen identity blossomed as the intersection of compulsory high school education, economic growth, and technology all enabled further adolescent independence - first through cars, then mobile devices.

Teens were, and continue to be, an elusive get - early adopters, with a more fluid sense of personal brand. In their hands, products become trends, dominating the market for a few weeks, maybe a handful of years. But it wasn’t until the late 1980s that teens’ power as cultural gatekeepers began permeating the adult consciousness. A 1991 article by the New York Times excitedly detailed the high school beeper trend as “part fashion statement, part communications revolution.” In 1997, the [Los Angeles Times] (http://articles.latimes.com/1997/nov/26/news/mn-57816) published an entire article dedicated to the world of teenager mobile language. Magazines aimed exclusively at teen girls boomed, tripling from five major outlets in 1990 to 19 in 2000. Malls, stomping grounds for the under-20 crew, sprang up across the country at a rate often outpacing national population growth..

In 2004, Facebook, built by engineers barely out of their own teenage years, managed to snag a pretty sizable teenage butterfly. The OG social media platform became the mall for the 21st century, a gathering place where adults could at least get a sense of what teens were consuming, even if they couldn’t quite understand the “how” or the “why.”

By now, obviously, Facebook is no longer run by post-adolescents, and teens famously shy away from digital spaces where everyone gathers. They don’t want to sift through all-caps conspiracy theory posts from their extended family members. Authenticity, privacy and exclusivity continue to dictate their cultural taste. And as the teen exodus from Facebook set in, Facebook became desperate to pin down where the heck all the teens were goin’!

One of the platforms teens were going to instead of Facebook was Snapchat. Founded in 2011, Snap’s popularity first peaked in high schools, where students used the platform’s premise - images that disappear - as a form of virtual note-passing. Two years later, in 2013, Mark Zuckerberg reportedly offered to buy the then-revenue-less app for $3 billion dollars. Founders Evan Spiegel and Bobby Murphy refused, believing that their cultural cache with kids would warrant a larger payoff (Google later offered $30 billion - again, the answer the was no).

Facebook’s other acquisition targets have been linked to its captivation with its younger users. In 2014, as a Pew survey found that 25 percent of teens were accessing the internet primarily on their phones, Facebook acquired the mobile data analytics company Onavo. The VPN app helped users track, and subsequently minimize, their data usage, but it also fed Facebook an immense amount of data about what apps people were using to communicate instead of Facebook. Insights from Onavo led Facebook to acquire WhatsApp in 2014 for $19 billion. This past August, Apple announced it was banning apps that unnecessarily collected data from competitors. One guess who they were targeting.

A year after Facebook snagged Onavo, Twitter acquired Niche, a digital talent agency startup that paired top social media stars with brand advertisers, for an unspecified amount (it was estimated, though, to be between $30 and $60 million). The partnership was initially to capitalize on Vine’s overwhelming popularity with teens - in 2015, over 70 percent of the platform was used by millennials. But by 2016, Vine had been shuttered, with Twitter unable to suss out the key to capitalizing on teen tastes.

And it’s not just tech companies grasping for the Gen Z vote of approval - from grocery stores to fast food restaurants, if a brand has a Twitter (and the majority of them do), there’s a good chance their feed is a MadLibs of teen slang words and memes.

Despite Facebook’s best efforts, they have yet to stop the flow of younger generations away from their platform. A recent Pew Research study found that nine in 10 teens go online multiple times a day, with 45 percent reporting a “near constant” web presence. But only about 50 percent of them are on Facebook. And as teenagers congregate in dark corners of the internet, far from parental supervision, adults continue to wonder - curiously, nervously - whether the kids really are all right.

More like this
Innovation
8.4.2022 11:00 AM
X-Ray study adds to the mystery shrouding shrunken heads’ origins
By Sarah Wells
Culture
8.10.2022 11:30 AM
10 years ago, Jeremy Renner ruined the best spy-thriller franchise of the century
By Adrian Manuel
Innovation
7.30.2022 11:00 PM
Here’s exactly how tech companies and apps conspire to track you 24/7
By Peter Krapp and The Conversation
Related Tags
Share: