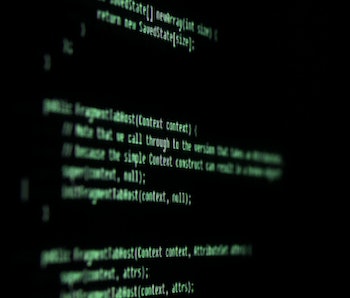 Everyone wants to teach you to code. They want to help you and they know there’s money it.

For those down to pump up their programming jujitsu, there are books, online courses, and apps aplenty. A new contender for the age 8 to adult set — particularly those unsullied by any prior coding know-how — comes not digitally but on cardboard and plastic: Meet Code Master, subtitled “the programming logic game.”

Code Master is the latest egg to hatch from the flock of games that is ThinkFun, the “STEM puzzle” company that ran the hugely successful Kickstarter campaign for Robot Turtles (also a programming game, but designed to be within in the sticky reach of 4-year-olds). Code Master asks you to place a limited number of command tokens in sequence to successfully move a game piece around a path. The result is loosely equivalent to the functions that add up to a program. Along the way, your avatar — a character that invokes the voxellated Minecraft aesthetic (which was probably not a mistake) — must collect little plastic crystals and avoid trolls. The only competition is the game itself, which ratchets the difficulty up over 60 levels.

Blast through the first few easy levels (yes, you’re smarter than a fifth grader), and Code Master starts to work as as a booklet of Sudoku-style puzzles — which is to say swimmingly, though the replayability of each puzzle is virtually nil. That different puzzles iterate on the same Code Scroll (the skeleton of the program), makes for clever economy of game resources, and there are recognizable elements of coding such as looping paths and if/then conditional functions.

But will you, the player, recognize that the tokens you’ve laid out add up to a conditional if/then function, if you’ve never written a program before? The rulebook declares in no uncertain terms that yes, you are learning, but it’s a fate Code Master brought upon itself upon declaring it’s an educational board game. If the purpose of games are, by definition, enjoyment, ulterior motives should be viewed with suspicion. Code Master wants you to have fun. You do — there is a pleasant cerebral tickle that comes with solving its tougher lessons, a la besting a tough lock-picking mechanic in a role-playing video game. Here that hoary question about the utility of games raises its head: Are you a better lock-picker after playing a rogue? Will Madden make you a better football player?

Code Master can be tricky, but it also wants to enlighten you, ideally without you noticing. And that’s the thing: You can’t be tricked into learning Javascript. The best way to study coding is to study coding. Doing so in a tangential way doesn’t make sense unless you’re a precocious middle schooler with enough foresight to notice that robots are taking over your future job market.