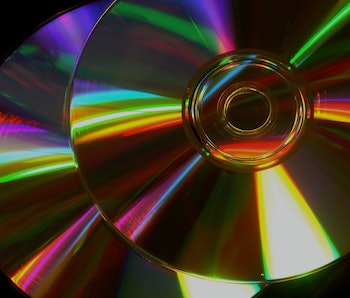 In 2012, Pride Tree Holdings bought Columbia House. Its subsidiary, Filmed Entertainment Inc., was charged with overseeing the brand and, Monday, the owners filed for Chapter 11 bankruptcy. FEI reportedly blamed “the advent of digital music and dramatic changes in technology that are threatening to render CDs and DVDs obsolete.” No. Shit.

Columbia House, for the past few years, was just a mail-order DVD club, but it’s mind-blowing that the brand lasted this long. FEI is looking for a buyer and, apparently, has some potential companies interested. This is also mind-blowing. Is someone, somewhere, resurrecting LaserDiscs?

Let it be known that I am no hater. Columbia House was my jam. Well, really, all of the music clubs were. (R.I.P., notorious BMG.) Here’s how I went about things, as did many others, I’m sure: I would join a club and get all the dope jams I could for the bare minimum requirement, then I would quit the shit out of said club before they started sending me the overpriced stuff I didn’t ask for. See, the clubs usually would offer a bunch of CDs for the price of a few. (The price of a few was always sky-high, but I ran the numbers and think I did pretty well.) The problem would be when you forgot to cancel and Columbia House et al. would send you some Yanni joint and charge you $23.99 for it. Even if you tried to send it back — which you couldn’t always do — you had to pay for shipping. You always had to pay for shipping.

It’s akin to how Netflix makes some of its money these days: They send you some Blu-Rays and you forget about ‘em for a few months while they’re still collecting your dollars.

Here now is just a taste of the CDs that Columbia, BMG, and whatever other companies that had ads in the middle of Rolling Stone sent me — a requiem for that time in my life. I got a bunch of CDs back in the day — I had to look sweet with my full-up Case Logics — so this is just a top ten for the memories. Also, no guarantees that I didn’t cop a few of these at the mall in Sam Goody. I’d have to find the actual discs to see if they had those weird, little labels that the companies used to inscribe to find out for sure.

More like this
Entertainment
8.11.2022 2:00 PM
The Midnight Gospel creator has “no hard feelings” over Netflix cancellation
By Jake Kleinman
Entertainment
8.5.2022 7:00 AM
The Sandman is Netflix’s first great comic book adaptation
By Mónica Marie Zorrilla
Culture
8.9.2022 10:00 AM
The Sandman: 11 characters pulled from DC comics history
By Robin Bea
Related Tags
Share: