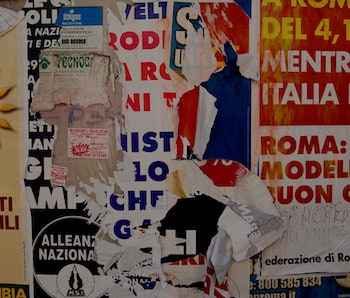 Poster Shop, the unoriginal brand name associated with Wallpart.com, may be the most original thing about the bizarre eCommerce business it’s supposed to brand. Wallpart.com, which boasts 3,614 “Happy buyers,” sells wall art for cheap. Want a Picasso poster? No problem, you can have a self portrait for $6.59 (or “6.59$”). Want a picture of a springer spaniel? That will also be “6.59$”. Want a picture of a dog? No such luck. Nothing comes up in the search window for reasons that remain obscure.

If this sounds insane, it’s likely because Wallpart.com is almost certainly a criminal enterprise. The phone number is British, the packages ship from China, and the domain appears to be linked to one Sergo Zuikov, who lives in Moscow. And, no, the site isn’t paying the Picasso estate or whoever took those awesome spaniel pics, which is why there is a petition circulating to have the site taken down. In essence, the site isn’t really a site at all so much as it is a printer. By roping third party search results into its on-site engine, Wallpart.com allows its users to print out virtually whatever appeals to them on the internet without paying a dime to the creators of images.

Think of it as The Pirate Bay but for posters. This is the DMCA/Copyright page:

Legally, the logic behind the thing is flawed at best, but the idea is clearly to keep prices low enough to make money on bulk while avoiding lawsuits. It’s an interesting model, especially considering that it provides a great place to buy posters of my mother; but it’s not a place one could describe as admirable, and it’s certainly not the basis of a growing business.

Still, the idea of an online/offline pirating site is intriguing. One figures it’s only a matter of time before a Wallpart.com equivalent for 3D printers springs up somewhere —probably Russia.