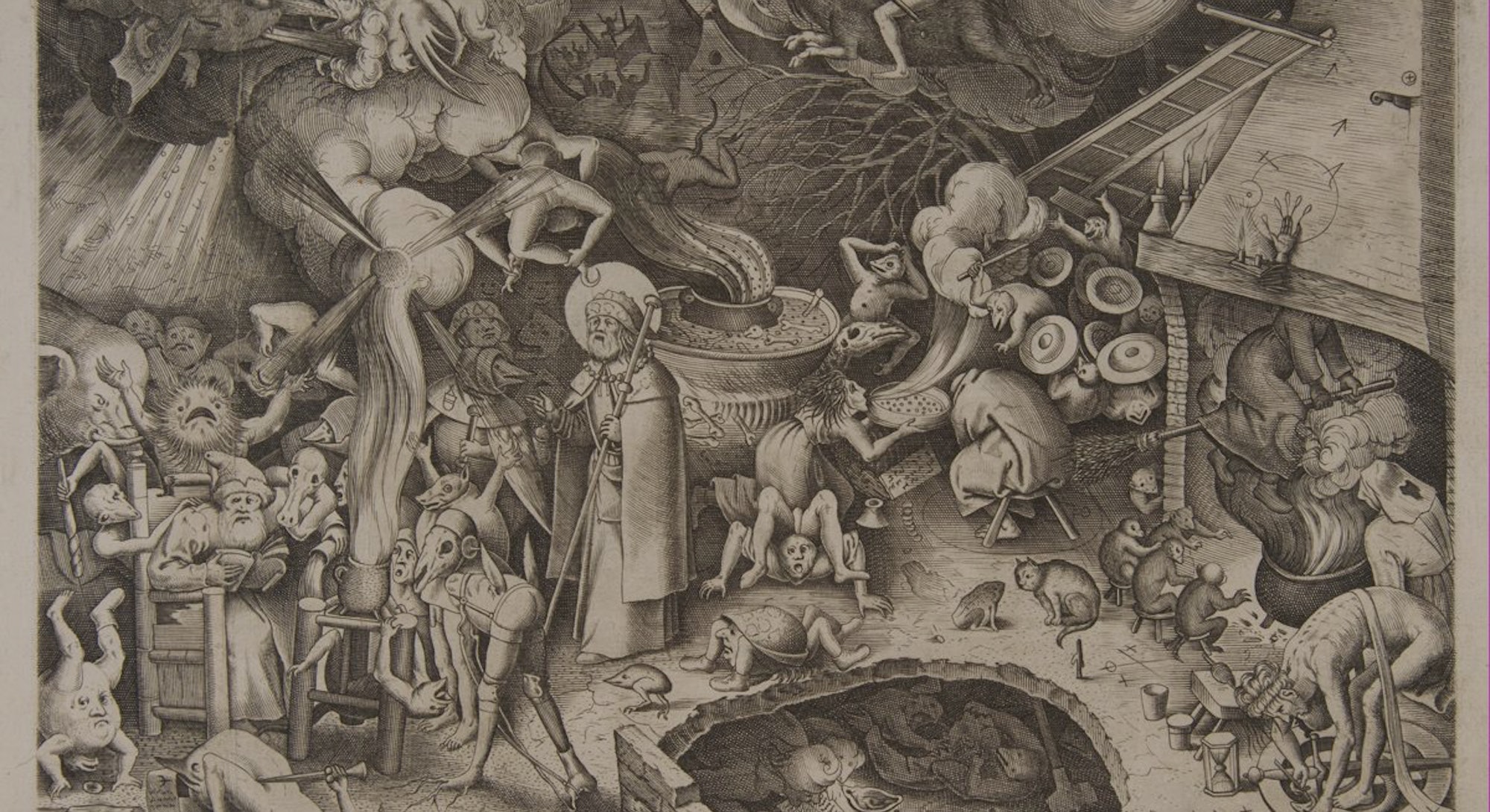 It’s the end of the world in the American Horror Story universe, which has become increasingly interconnected in its current season, appropriately titled “Apocalypse.” AHS Season 8 features a mix of some of the series’ best characters (Jessica Lange!) against an end-of-days backdrop soaked in references to the biblical apocalypse that come so quickly you might not catch them all.

With “Apocalypse” quickly coming to an end — and the real world seemingly on the brink of apocalypse as well — now seems like a good time to revisit some of the many references to the Book of Revelations and other biblical Easter eggs scattered throughout American Horror Story Season 8.

Who knows, it might just offer a few clues on how this story will end.

AHS has included biblical references since its very first season, when two characters discussed “the Pope’s box,” a locked box containing a piece of paper that reveals how the world will end that only the Pope has access to.

“This piece of paper reveals the precise nature of the Antichrist,” Sarah Paulson’s Season 1 character, Billie Dean Howard, explains. “A child born of human and spirit will usher in the end of times.”

That child turned out to be Michael Langdon, the main protagonist in Season 8 of American Horror Story.

A quick internet search confirms that the “pope’s box” is an AHS fabrication, though the Room of Tears where it’s allegedly stored is a real place within the Vatican. However, there are plenty of other biblical references in the show’s current season that actually check out.

Let’s start with a simple one. There’s an episode of AHS: Apocalypse titled “Forbidden Fruit,” which seems like a pretty clear reference to the story of Adam and Eve. In the Book of Genesis, the first two humans are told not to eat the fruit of the tree of knowledge of good and evil, but a talking serpent convinces Eve to do it anyway. This fruit is often interpreted to be an apple, though that’s never specifically mentioned in the Bible.

In that episode of American Horror Story, Venable poisons many of the inhabitants of the outpost with apples — a rare treat in the containment facility — which she’s injected with snake venom. This feels like a pretty clear reference to the forbidden fruit of Genesis, although the outpost survivors died, whereas Adam and Eve were cast out of Eden. You decide which is a worse fate.

When it comes to the Bible, you can’t have an apocalypse without the Antichrist, and American Horror Story is no different. In Season 8, Michael Langdon fills that role as a flaxen-haired warlock who may or may not be the son of Satan — but probably is based on all the clues the show has thrown at viewers so far.

In one Season 8 episode, we see an entire Black Mass by a group of followers of the Church of Satan. They even rip out the heart of a young woman and present it to Michael, at which point it eats it while a Satanic shadow rises behind him. In the same episode, Vivien from Murder House quotes the Book of Revelation while describing Michael.

“I saw a beast with ten horns and seven heads rising out of the sea,” she says. “All who dwell on this earth will worship him.”

Most religions have figures used to represent the concepts of good and evil, but only the Bible really has an Antichrist, a clear “adversary of Christ” who helps bring about the end of days.

It’s also worth noting that in Judaism, Christianity, and Islam, the name Michael is actually associated with an archangel. Could that mean AHS’s Michael Langdon is actually on the side of good? Probably not, but on a show this twisty anything could happen.

In the Book of Revelation (the part of the Bible that deals explicitly with the apocalypse) the number seven plays an important role. It actually turns up 52 times, according to Bible Study Tools. There are seven beatitudes (“statements of characteristics and blessing,” according to the same website), seven churches, seven spirits, and seven golden lampstands mentioned, just for starters.

Speaking of completeness, in order to become the new Supreme in both Coven and Apocalypse, a witch has to master seven powers. The test of the Seven Wonders plays a big role in the series, and while that might seem like a coincidence, AHS tends to like those little details.

Considering that Michael the Antichrist seems to be angling for the title of Supreme in Season 8, it’s possible that the number seven could figure into the end of the world on the show as well.

One of the most mysterious characters in American Horror Story Season 8 is Mallory. Where did she get her powers? Is she a witch? Or is she something else entirely?

We still don’t know, but looking to the Bible might provide a few clues. One theory argues that Mallory is actually an angel. She could also be a seraph or a nephilim (a half angel-half human hybrid). As Thrillist notes, her gold headband (which the character frequently wears) gives her a halo effect, suggesting she might have some sort of heavenly backstory.

That halo could be reference to a saint, or even a nod to Jesus’s crown of thorns, as some fans have argued. Mallory was also able to resurrect a deer on AHS, which is both a Supreme witch ability on the show and something Jesus does in the Bible — though in the case of Jesus, it was Lazarus, not a dead deer.

Assuming Mallory really is the second coming of Christ in the AHS universe, that could put her at odds with Michael Langdon in the final battle for humanity’s soul. The return of Jesus plays a big part in the Book of Revelation, with the son of God ultimately defeating Satan. So it stands to reason that the Antichrist in AHS also needs an equal to be defeated. Based on what we’ve seen so far, that equal could be Mallory.