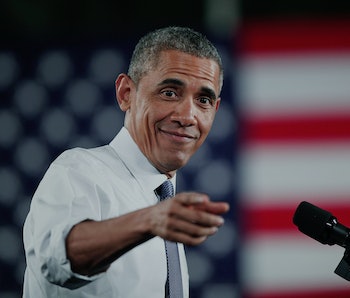 One of the go-to conservative knocks against President Obama is that his supporters view him as a sort of messianic character capable of saving them from drudgery and death. That accusation may have just gotten a little more weight as Obama has articulated his desire to build the world’s most powerful computer in order to accomplish seemingly fantastical ends through research by leveraging data. The computer proposed is by no means a weapon, but is certainly intended to shift the balance of world power.

The Washington Post calls the initiative a “moonshot” in the world of supercomputing. The creation of a computer so powerful it can process a billion billion operations per second. Again, so you know you read it right: a billion billion. That would give it the ability to run simulations and models on problems with a level of detail impossible today. Climate change could be measured in totally new ways as could brain activity and the wind. You name it.

Since no one’s done this before, just figuring out how to build a proper “exascale computing system” is going to come with its own engineering challenges, some of which won’t be apparent until the work is really underway. In a sense, this is Obama’s man on the moon, but the non-rhetorical significance could be considerably greater. We just have to build the damn thing.