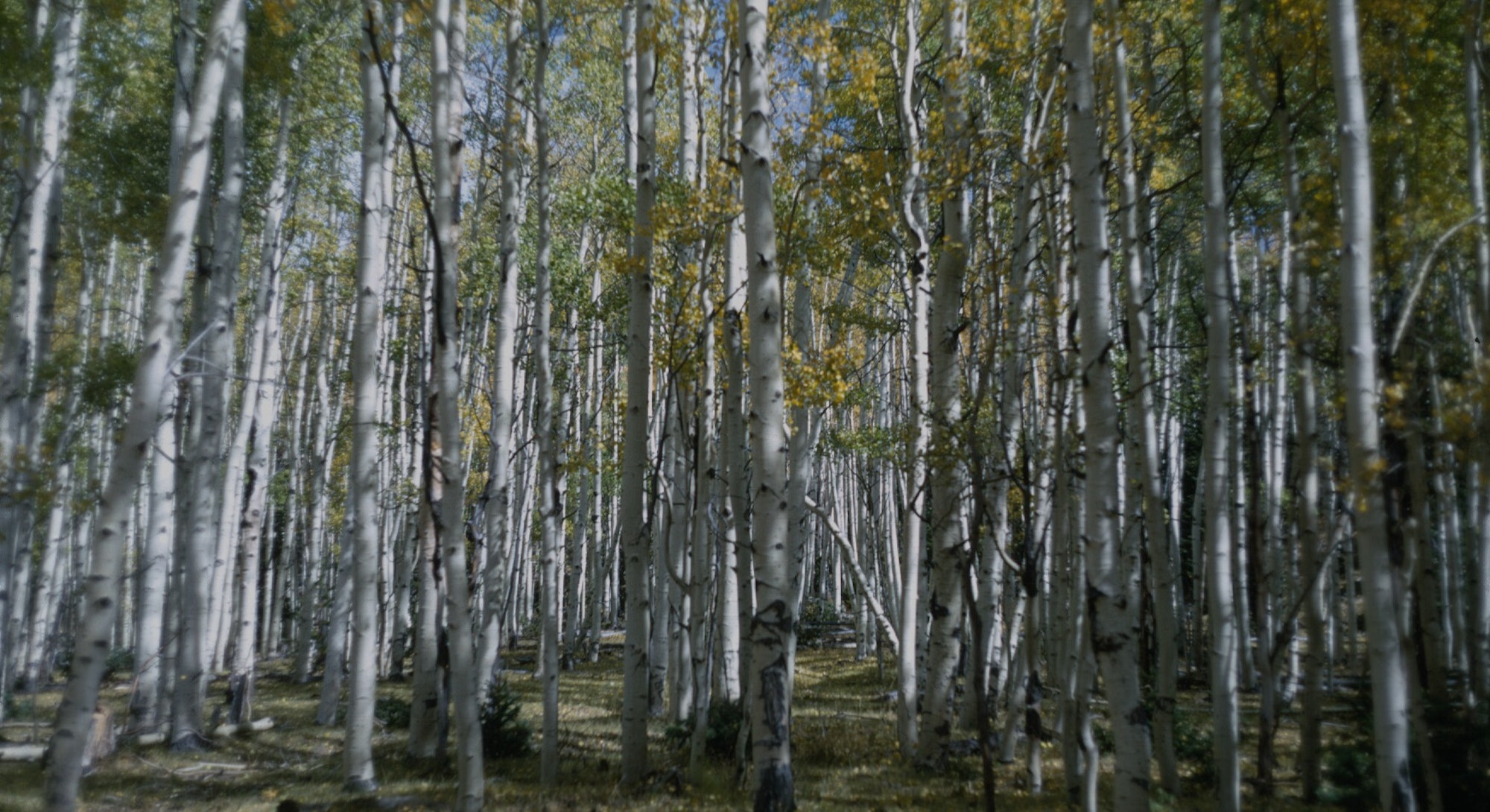 For thousands of years, the world’s second-biggest organism has grown slowly and steadily in Utah’s Fishlake National Forest. Today, its white limbs and golden crown sprawl over 107 acres, the sum of its parts weighing a collective 13 million pounds. Its name is Pando, and according to the authors of a new Plos One study, it’s dying fast.

Pando is a massive grove of 47,000 genetically identical stems originating from a single underground organism: the roots of a quaking aspen tree. In other words, it’s one enormous clone. In the new paper, published Wednesday, Utah State University researchers Paul Rogers, Ph.D., and Darren McAvoy, Ph.D., write that Pando — that’s Latin for “I spread” — is in peril.

"…it is now collapsing on our watch.

Scientists have been worried about Pando’s health for several decades, which is why fences surround part of his (the plant is genetically male) enormous perimeter. They’re meant to keep out the animals that munch on the new shoots he sends up from the depths of the Utah soil. Pando seems to have lived in harmony with the local wildlife for thousands of years, but in recent years, Rogers and McAvoy write, the balance has shifted. Without the growth of new stems, there is nothing to replace the natural withering of old ones. If this keeps up, Pando will die.

“While Pando has likely existed for thousands of years — we have no method of firmly fixing its’ age — it is now collapsing on our watch,” says Rogers, director of the Western Aspen Alliance and adjunct faculty member in USU’s Wildland Resources Department.

Unlike a normal grove made up of many types of trees, Pando is a single organism — and as such is much more vulnerable to changes in the environment. It has to share all of its resources across its 107 acres, and to stay alive, it has to send up new shoots to gather sunlight and water as old stems die off. Unfortunately, write the researchers, mule deer think Pando’s new outgrowths are particularly tasty.

“After significant investment in protecting the iconic Pando clone, we were disappointed in this result,” said Rogers. “In particular, mule deer appear to be finding ways to enter through weak points in the fence or by jumping over the eight-foot barrier.”

The team discovered this by monitoring death, regrowth, and the presence of deer poop in Pando at 65 plots. Some of the plots were fenced in; some were fenced in and additionally regulated with burning, shrub removal, selective tree cutting; and some were completely left alone.

Human interventions, they found, just haven’t been enough to help Pando’s plight. It’s clear that Pando is still trying its best to grow, as the presence of the mule deer, which eat its shoots, indicates. As expected, Pando was least able to regenerate in the parts that were unprotected by a fence or had fences that deer could get through. The fenced-in, actively regulated parts fared a little better. But overall, Pando is just not regenerating as much as it needs to survive.

A sequence of aerial photographs, showing Pando’s health over the past 72 years, confirmed “a decline in self-replacement beginning 30-40 years ago,” the team writes in the paper.

"After significant investment in protecting the iconic Pando clone, we were disappointed in this result.

It’s easy to blame the mule deer for Pando’s decline. Targeting them might seem like the easiest fix, but that line of thinking would simply perpetuate the greater problem that Pando represents. Something has thrown off the forest’s balance, causing the mule deer to start seeking its meals among the clonal grove. That imbalance is leading to Pando’s death. What might have changed in the last 30 to 40 years that tipped the scales?

“There’s this strange, magical feeling at being in something that has been around for so long, and now it’s all coming apart on our watch,” Rogers said in an interview with US News in June. “As soon as we started meddling, things started coming off-center.”

As with all the other changes we’ve wrought on the world around us, all we can do is change our behavior and attempt, however futilely, to clean up the mess we’ve made. It appears that Pando might stand a chance if we can fence it in and actively keep mule deer out, but doing so could require more than we’re willing to spend.