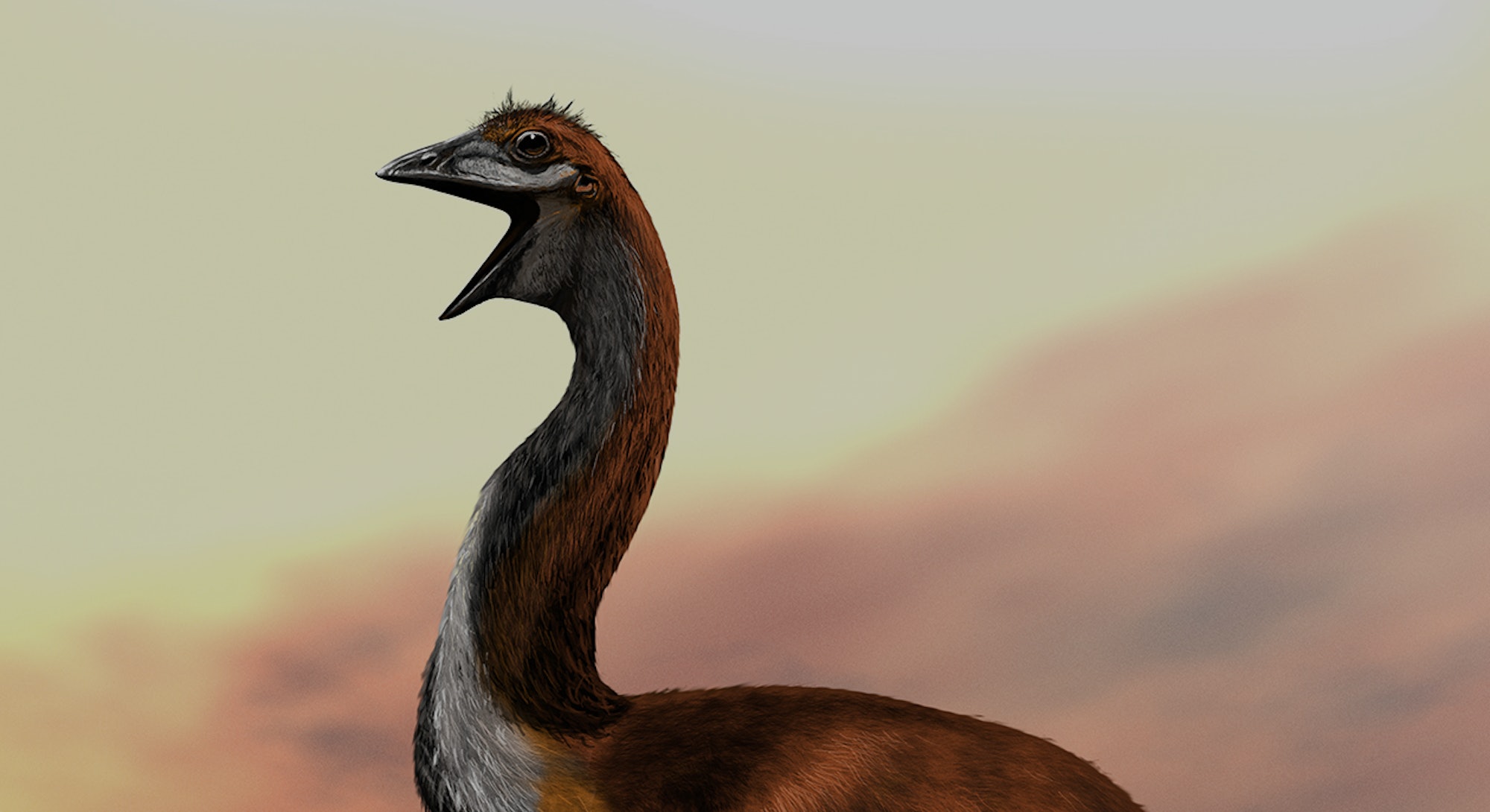 Competition for the title of Largest Bird That Ever Lived has been fierce. Scientists know from the fossils of now-extinct “elephant birds” that Madagascar was once home to long-necked, flightless behemoths that weighed up to 880 pounds and laid eggs weighing up to three pounds. For a long time, these birds were easy favorites for the title. But a study published in Royal Society Open Science on Tuesday introduces a formidable new champion.

That animal is Vorombe titan, and man, was it a big bird.

Weighing in at about 1,763 pounds (800 kilograms) and reaching heights of up to 9.8 feet (three meters), Vorombe titan belongs to a family of birds that researchers didn’t believe existed.

“It really did come as a surprise,” lead author and Zoological Society of London Institute of Zoology researcher James Hansford, told Inverse. “I had thought the largest birds would be Aepyornis maximus and that the titan birds were merely larger examples of the same species.”

“It really did come as a surprise.”

The Aepyornithidae family of so-called elephant birds has traditionally been divided into two genera, the Aepyornis and Mullerornis. Diving into his task of painstakingly measuring the size and shape of hundreds of elephant bird bones collected by museums around the world, Hansford thought that the largest bird would simply be one particularly large individual from one species of these genera. But after he fed his data into a cluster analysis program, Hansford realized that there had to be more than just two families of big birds.

“When we realised that the titan birds separated out as a distinct morphological cluster it was an extraordinary moment,” he says, referring to the unusually large bones collected in 1894 that British scientist C.W. Andrews claimed were representative of a new species, Aepyronis titan. Andrews’ new bird was brushed aside as a big individual of the existing Aepyronis maximus species, but his case has now been vindicated.

“Once we looked more closely at the features of the mathematically separated clusters, it was clear that they were really different from the other three taxa that we were able to recognise; Aepyornis maximus, Aepyornis hildebrandti and Mullerornis modestus.”

The analysis showed that some of the biggest bones differed so significantly from the others in terms of size and shape that they had to belong to an individual of a different genus.

“The distinct differences meant that it merited a separate genus name,” he explains, “and I chose Vorombe, meaning ‘Big bird’ in Malagasy.”

Though Vorombe taxon was an extraordinarily big bird, its diet was pretty ordinarily bird-like. Hansford says Vorombe ate plants, fruits, seeds, and foliage, and it’s possible it also ate the occasional insect. This may seem inconsistent with its terrifying immensity, but herbivores tend to be huge for a reason.

Living alongside the Aepyornis and Mullerornis, the Vorombe were not only the biggest of Madagascar’s megafauna but also had the biggest impact on the land, argues Hansford, who says the animals were instrumental in dispersing plants by eating seeds and pooping them out.

No one is entirely sure why these giant birds went extinct between 1,000 and 1,200 years ago, but a different study published by Hansford and his team in September suggests that humans had something to do with it. That study, published in Science Advances, showed evidence of cuts on ancient Aepyornis and Mullerornis bones that were consistent with butchery and hunting by prehistoric humans who lived on the island as far back as 10,500 years ago.

These massive birds may no longer stalk the Earth, but some of their relatives, known as the ratites, live on today. These birds are characterized by their flat breastbones, which make it impossible for them to fly. We know some of them by sight — the ostriches and emus are the most common — but they also include the rhea, cassowaries, and the diminutive kiwi. Though the latter appear so different in size, the New Zealand natives are tightly linked to their gargantuan kin.

“Interestingly, their closest relatives are the Kiwi,” Hansford says, “suggesting that their ancestors arrived in Madagascar by flying there and then they evolved flightlessness over millions of years.”