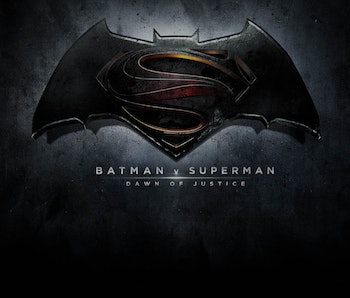 Lex Luthor has to be one thing: an evil billionaire. Prior to Jesse Eisenberg taking on the role, “bad money” had one specific image. From Gene Hackman to Bruce Timm’s drawings, Lex was a Connecticutian-in-Manhattan blue blood. He wore the fine suits in his high tower because he possessed that power. His fortune was made by … whatever billionaires make their fortunes through. Usually, it was inherited, or science stuff, maybe some real estate. Buy low, sell high. Leverage something. Maybe crimes, many of them legal, even.

That’s not how billionaires are made now, not in the popular notion. Mark Zuckerberg wasn’t the first to make his fortune from a dorm room or garage, but since The Social Network (also a film starring Jesse Eisenberg, also playing a manipulative billionaire) the consumer tech complex has been granted an evil villain mascot.

That mascot is the one in the graphic T designed by an indie artist, in the chinos and the beat-up Chuck Taylors, who stands in his private basketball court with his name in bold letters on the walls just to let you know whose court you’re playing on. He has hip-hop producers and sushi chefs in his contacts. He has followers on Instagram, where he shows off his lavish rock star slash world traveler lifestyle. It’s Russ Hanneman cosplaying Mark Zuckerberg.

Einsenberg-Luthor doesn’t show off with high-rise towers and suits. He doesn’t even need a suit. He has so much power he can fuck what anyone else thinks he should wear.

But his true power? Business. Where once Lex Luthor amassed his fortune in breakthrough science or military tech, this Luthor amassed it in the badlands of Silicon Valley. Our latest tech anxieties don’t come from stockpiling weaponry, but rather from our own secrets. The Iran/United States nuclear deal was big news, sure, but what got us hyperventilating? The hacking of AshleyMadison.com, where people’s — our? — infidelities could be revealed. Old Luthor wielded power in his tanks. New Luthor wields it in the user agreements you didn’t read.

That’s the fresh direction Zack Snyder is taking with his interpretation of Luthor. Change in the realm of comics is often met with derision, but dressing Lex out of his Gucci suits and into $200 graphic t-shirts isn’t an imitation of pop culture to be accessible to the wider audience. It’s evolution.

It isn’t clear how Lex can leverage information against a Kryptonian god’s powers and another billionaire with separation issues and an obsession for Halloween, but the trailer hints at several things.

Lex Luthor only has to be one thing: an evil billionaire. In the above image alone and in the trailers shown, his strength lies in the power of knowledge.

More like this
Science
8.4.2022 6:15 PM
3D analysis reveals a key similarity between dinosaur and bird embryos
By Charles Q. Choi
Science
8.1.2022 10:30 AM
These 6-million-year-old teeth may be from Europe’s last panda species
By Elana Spivack
Science
7.31.2022 1:00 PM
How do cats co-exist with each other? The answer may lie in their gut
By Tara Yarlagadda
Share: