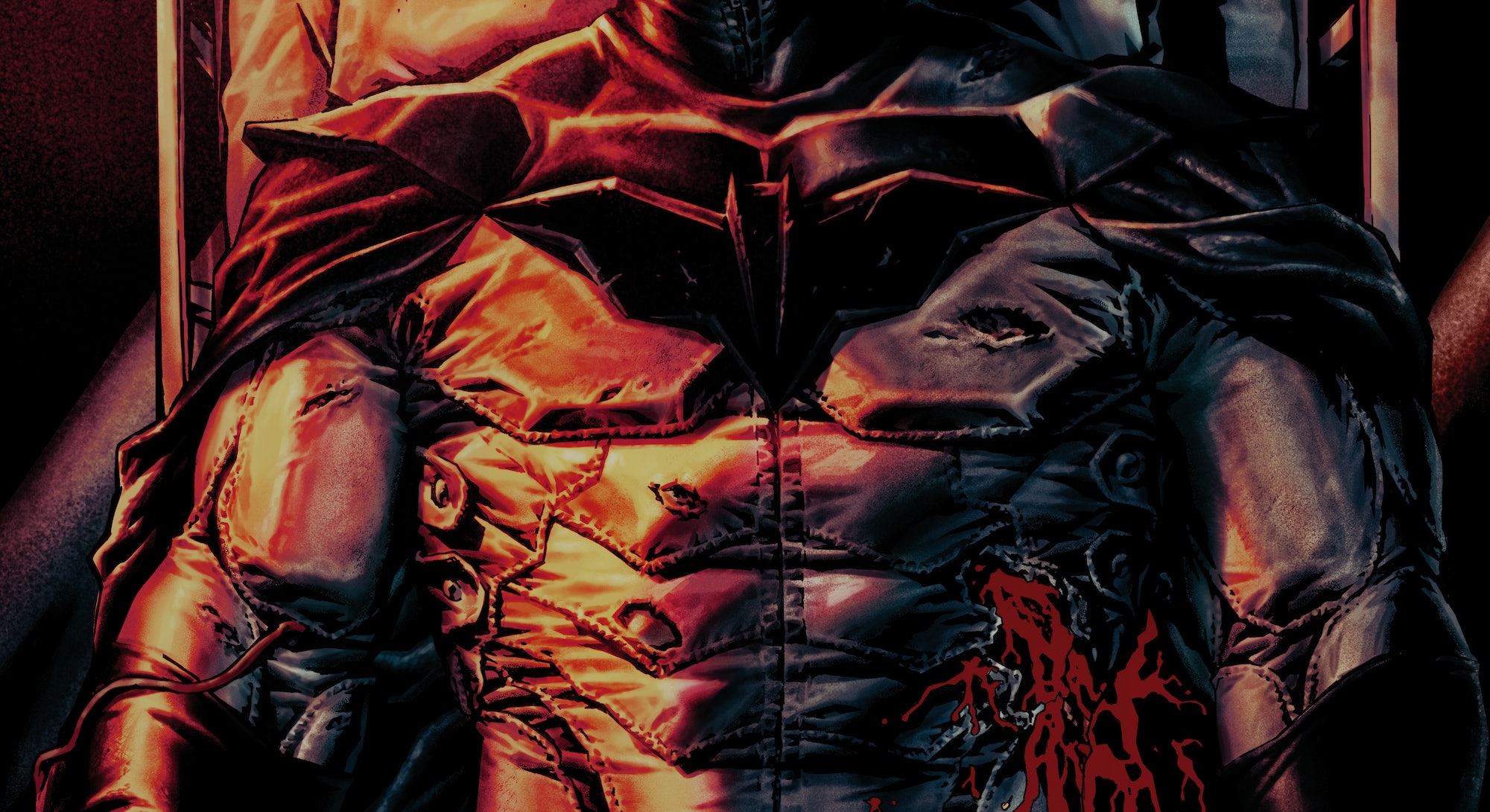 What is Batman’s superpower? True Bat-scholars will argue it’s not (only) his absurd wealth as Bruce Wayne, but his almost inhuman ability to prepare for anything. But what if Batman weren’t in control? What if Batman didn’t have a clue about the dangers around him? What if someone else had all the answers?

In Batman: Damned, Batman finds himself out of his league when he teams up with dark arts magician John Constantine to solve the inexplicable murder of the Joker. The two creatives explain that the unlikely pairing of Constantine and Batman aims to fix a “problem” with Batman: He’s an invincible know-it-all.

“One of the problems with Batman right now is that he’s always up on somebody else,” Azzarello says. “But if you write a story where someone else has the upper hand on him, it completely changes the dynamic of the story. Anytime you take control away from Batman, he’s suddenly a way more interesting character.”

It’s this reason why the two chose Constantine, a character who by definition (and by his own admission) is a con artist, as the series’ main narrator, leaving Batman without perspective or answers.

“When I wrote Hellblazer, he was not the narrator. He just showed up and there were all these questions,” Azzarello says. “This time, I want Batman to have questions. We’re dealing with the supernatural elements of the DC Universe, it made sense for the narrator to have answers rather than the protagonist.”

Besides, he adds, “Haven’t you read enough books where Batman is the narrator?”

Bermejo, Azzarello’s chief co-conspirator, believes there’s been a “Robocop”-ification of Batman; he always has a solution tucked in his utility belt. By throwing Batman into the supernatural underbelly with an expert like Constantine, Bermejo and Azzarello aim to reinterpret how audiences think of Batman and his ability to prevail.

“He’s a force of unstoppable will,” Bermejo says. “You can hit him, shoot him, the guy never seems to go down. It takes away the human quality, so much of who that character is.”

The attempt at reinterpreting Batman is just a small part of a far grander mission for Azzarello and Bermejo, and by extension, the Black Label. “This imprint is the opportunity to go bigger, to do books that have a long shelf life,” says Bermejo.

The “big” difference to Black Label is actually quite literal. Unique to everything else you’ll find on the shelf, Batman: Damned comes in a wider-sized paper with a matte texture cover. There’s no need to bag and board, as Batman: Damned can sit alongside other hardcovers and trade paperbacks on the book shelf.

This special packaging and extra real estate, Bermejo says, are ideal for his signature, highly-detailed artistic style that communicates the book’s gritty tone.

“He’s a force of unstoppable will. You can hit him, shoot him, the guy never seems to go down. It takes away the human quality, so much of who that character is.”

With over 45 years of experience in the industry between them, Azzarello and Bermejo say Batman: Damned is the book they’ve wanted to write all along.

“It sounds bad but it’s a good thing: This is the work I’ve wanted to be doing twelve years ago,” Bermejo says. “This is the point where we’re really doing what we want to be doing. I think that comes down to my personal capabilities as an artist, but it feels like what I want to do, I’m starting to do it.”

“DC set up this imprint. ‘Take our characters, do something mature,’” Azzarello says. “When that opportunity was given to us, we decided, let’s not half-ass this. Let’s go all the way. We’ll either go down in a blaze of glory or we hit the ball. Without Babe Ruthing it too much, it feels like the most epic thing we’ve done by far. I think we’re both enough mature enough to do a mature Batman book.”