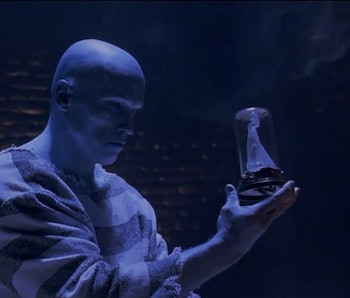 The upcoming Arrowverse crossover in December might bring us to Gotham for the first time to meet Batwoman, but it’s also introducing us to Lois Lane and the wife of Mr. Freeze.

On Friday, Deadline reported that Elizabeth Tulloch had been cast in the role of Lois Lane, classic love interest to Clark Kent and Superman. The role had previously been announced in August, but the Grimm star was only just officially announced.

Tyler Hoechlin’s Clark Kent/Superman is also slated to return for all three episode’s of the crossover, but it’s unclear at this time how significant Lois Lane’s part will be in the events.

So far, fans are totally into it:

Also on Friday, Deadline and other outlets reported that The CW had cast Cassandra Jean Amell — real-life wife to Arrow star Stephen Amell — as Nora Fries, the wife of Batman villain Mr. Freeze and a supervillain in her own right.

TV Line also reports that Mr. Freeze will not appear in the crossover.

So it’s starting to look like the future of Gotham is all female — but it’s also looking more and more likely that this year’s crossover might take place in Supergirl’s Earth-38 rather than the Earth-1 that serves as the primary setting for Arrow, The Flash, and Legends of Tomorrow. That would also mean that the upcoming Batwoman show might share a universe with Supergirl.

The three-night Arrowverse crossover begins with The Flash at 8 p.m Eastern on Sunday, December 9 and continues on Arrow at 8 p.m. Eastern on December 10, ending with Supergirl on December 11 at the same time.