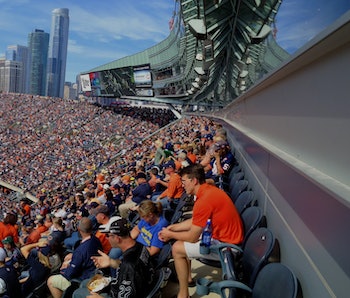 The Seattle Seahawks and the Chicago Bears walk into Monday Night Football in the same position: 0-1. The Bears had a disappointing Week 1, and after the starting the first half strong during against Green Bay, moving the ball well offensively and causing chaos on the defensive side of the ball, the second half was a different story. Aaron Rodgers limped back from a knee injury and did what he does best: devastate Bears fans.

The Seahawks also lost a heartbreaker in Week 1, but this was due largely to their lack of pass rush. Offseason departures of their core “Legion of Boom” defense gave the Broncos the opportunity to make decisions with plenty of time. Now both teams meet in a game won’t be played in desperation mode, but will come close.

The swarm was left just as unsure of both of these teams as their Week 1’s would indicate. Though they ended up picking the Bears to cover (-3), it wasn’t decisive. However, given the Seahawks lack of pressure, it sets up the perfect opportunity to let Bears QB Mitch Trubisky take his time and explore the full depth of new head coach, Matt Nagy’s offense. Covering seems like a reasonable bet for the home team.