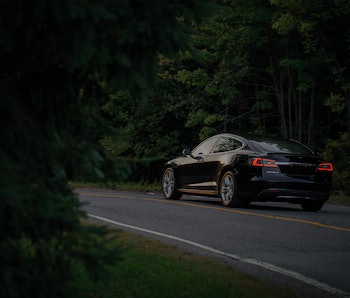 How would you react to a news story like this? Long-established print newspapers such as The New York Times and The Washington Post have finally figured out how to make money on the internet, and they’ll soon be rolling out a new generation of online offerings, which will quickly put online news sites out of business.

For the past couple of years, similar narratives having to do with Tesla and the legacy automakers have been making the rounds. The idea is that the old-line original equipment manufacturers really are serious about producing and selling electric vehicles, and they’re going to take Tesla right out of the game.

On its face, the argument has some logic behind it. Big auto companies can leverage economies of scale and vast marketing resources of which Tesla can only dream. More importantly, most of these firms have practically bottomless financial resources - they could afford to lose money for years while developing the market for their new vehicles.

However, the argument falls apart when you consider the issue of motivation. Yes, Big Auto could do all these things, but over the past decade, it hasn’t done so, for reasons that I’ve written about at length. Despite the breathless warnings in the popular press, industry incumbents aren’t likely to substantially change their strategies until it’s far too late. In fact, looking at the facts about the vehicles, the companies, and the overall industry, the informed conclusion is that Tesla is more likely to be the predator than the prey, and BMW is likely to be the first victim.

It’s true that there’s a wave of new EVs coming from the German luxury brands. Furthermore, while all of these automakers have produced low-volume compliance cars in the past, they certainly appear to be a little more serious this time around.

Mercedes-Benz plans to invest $11.7 billion (€10 billion) in its upcoming EQ line of EVs over the next few years. The first of these will be the EQC, which is expected to go on sale in the US in 2020.

Audi is building up its in-house electric expertise - it developed the battery technology and drive system for its new e-tron quattro, which is to be launched in San Francisco this month and is to go on sale in Europe soon.

The Porsche Taycan, scheduled to go on sale late in 2019, has a number of exciting features, including 800-volt fast charging. Even BMW, which was an early EV pioneer but later lost interest, has announced plans to get back in the game with an electric crossover called the iNEXT that’s scheduled to go into production in 2021.

The advent of these new EVs is excellent news, and speaking as someone who has driven most of the plug-in vehicles out there, I am confident that they will all be excellent cars. In terms of range, performance and price, most are roughly comparable to Tesla’s offerings. However, there is no reason to believe that any of them will take any substantial number of sales away from the California carmaker. The Mercedes and BMW offerings won’t go on sale for a couple of years, by which time Tesla will have further upgraded its products. As for Jaguar Land Rover, Automotive News says it “can’t duplicate the media fascination and consumer passion for Tesla, and they don’t plan to try. There won’t be comparisons to the Model X in I-Pace ads or dealer communications.”

In any case, Jaguar is a fairly low-volume brand - its U.S. volume leader, the F-Pace, has been selling about 1,200 per month in 2018, a fraction of Model 3 sales. The Audi is expected to hit the U.S. next year, but Electrek, thinks it will be a tough sell, with the company’s gas-powered SUVs sitting next to it with price tags about 50 percent lower.

And that brings us to the real reason that Tesla need not fear. Legacy automakers are only producing EVs because governments are forcing them to (and to a lesser extent, because they perceive a long-term threat from Tesla). They produce just enough vehicles to satisfy regulators, meagerly advertise them, and work diligently behind the scenes eliminate the fuel economy and emissions regulations that caused them to build the EVs in the first place.

Unlike Kia and Fiat, most automakers don’t come right out and say, “Don’t buy our EVs,” but there’s little doubt that, if governmental pro-EV measures were to go away (as is likely to happen in the U.S.), at least at the federal level), the carmakers would quickly cancel their EV programs.

Finally, let’s look at the overall auto industry. To buy into the Tesla-killer fable, you need to believe that there’s a “car market” and an “electric car market,” and that every EV sold by Big Auto means one less EV sold by Tesla. This scenario might have made sense as long as EVs were less capable and more expensive than internal combustion engine vehicles. However, the tipping point of price and performance parity is fast approaching, thanks to Tesla’s innovations, and by the time the current crop of Tesla-taunters arrives at dealerships, that point will probably have passed. As more Model 3s, Chevy Bolts, Prius Primes and Clarity PHEVs hit the road, more consumers will see them, and more will start making the switch.

Consumer awareness of EVs is still quite low, but if Big Auto really does start advertising and marketing its electrified vehicles, that will change. Demand for Teslas will grow along with demand for EVs in general. Arguably, far from presenting a threat to Tesla, the new crop of competing EVs presents a huge opportunity.

Elon Musk has always known this. He’s said many times that he welcomes competition from the major automakers. In fact, he doesn’t even care whether your new car is a Tesla, as long as it’s electric.

More like this
Innovation
1 hour ago
A wild new plane-train hybrid could whoosh you to your destination — if it can get off the ground
By Molly Glick
Innovation
8.1.2022 11:00 AM
This novel technology could jump-start electric vehicle production
By Molly Glick
Entertainment
8.5.2022 12:30 PM
For All Mankind Season 3’s space mogul is better than Elon Musk — here's why
By Ryan Britt
Related Tags
Share: