Hurricane Florence, a Category 4 storm, is well on its way to make landfall on the East Coast of the United States by the end of the week. In the meantime, it will continue to batter coastal communities with thunderstorms, which have already begun in advance of the hurricane’s landfall. But what happens after Florence comes in from the sea and takes to the land? That’s when things get a little more unpredictable.

The hurricane is still gathering steam over the Atlantic Ocean, but it’s on course to hit North Carolina, South Carolina, and Virginia very soon. Experts are predicting coastal flooding as a result of extreme rainfall, as well as winds exceeding 130 miles per hour. As a result, mandatory evacuations have begun in a handful of counties and cities, turning some highways into one-way streets.

Unfortunately for residents of those three states, Hurricane Florence is expected to stall over land and inundate the region with rain and wind, possibly for days, according to a report from AccuWeather. The National Hurricane Center has issued a slightly more optimistic timeline, though, showing that the storm will continue moving fairly steadily to the north and west as it passes over the southeastern states.

These somewhat conflicting predictions highlight how difficult it is to tell exactly what a hurricane will do once it makes landfall.

What Happens When a Hurricane Hits Land?

Hurricanes are fueled by warm air that evaporates ocean water and swirls it into a massive storm. They typically continue to pick up speed and mass while over the ocean, fueled by this nexus of air currents and water. Even then, though, they don’t build or move in predictable ways, and the only way to tell what they’re going to do is to wait and see.

In some cases, hurricanes veer unpredictably as a result of changes in wind currents, or they dissipate entirely before coming ashore. But it looks pretty certain that Florence will continue on its path, the only thing we don’t know is what it will do on that path. 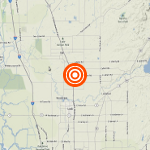 Once a hurricane moves onto land, its fuel source is cut off. At this point, it will begin to lose some of its force and may stop migrating as quickly.

Another force that alters a hurricane’s behavior as it lands is friction. While it may sound strange to think of a hurricane in terms of friction, it’s been shown that friction is a significant force that affects hurricanes as they move over land and water. In the case of a hurricane making landfall, it’s like if you’re sliding on your socks on a wood floor and suddenly reach a carpet. Needless to say, the difference in friction will cause an abrupt change in your momentum.

The same thing happens as a hurricane comes on land, which lends support to the prediction that it will slow down considerably and park itself over North Carolina, where it will also inundate South Carolina and Virginia. At that point, it will begin losing energy, but it will still have enough time to do some damage.

Speaking of damage, meteorologists are predicting that Hurricane Florence will be devastating. While the southeastern US is no stranger to hurricanes, Florence is set to be one of the most powerful hurricanes in a long time to make landfall north of Florida. If you live in the areas predicted to be affected by Florence, check your local news for updates on evacuations. If you stay put, make sure to have several days’ worth of food and fresh water on hand.