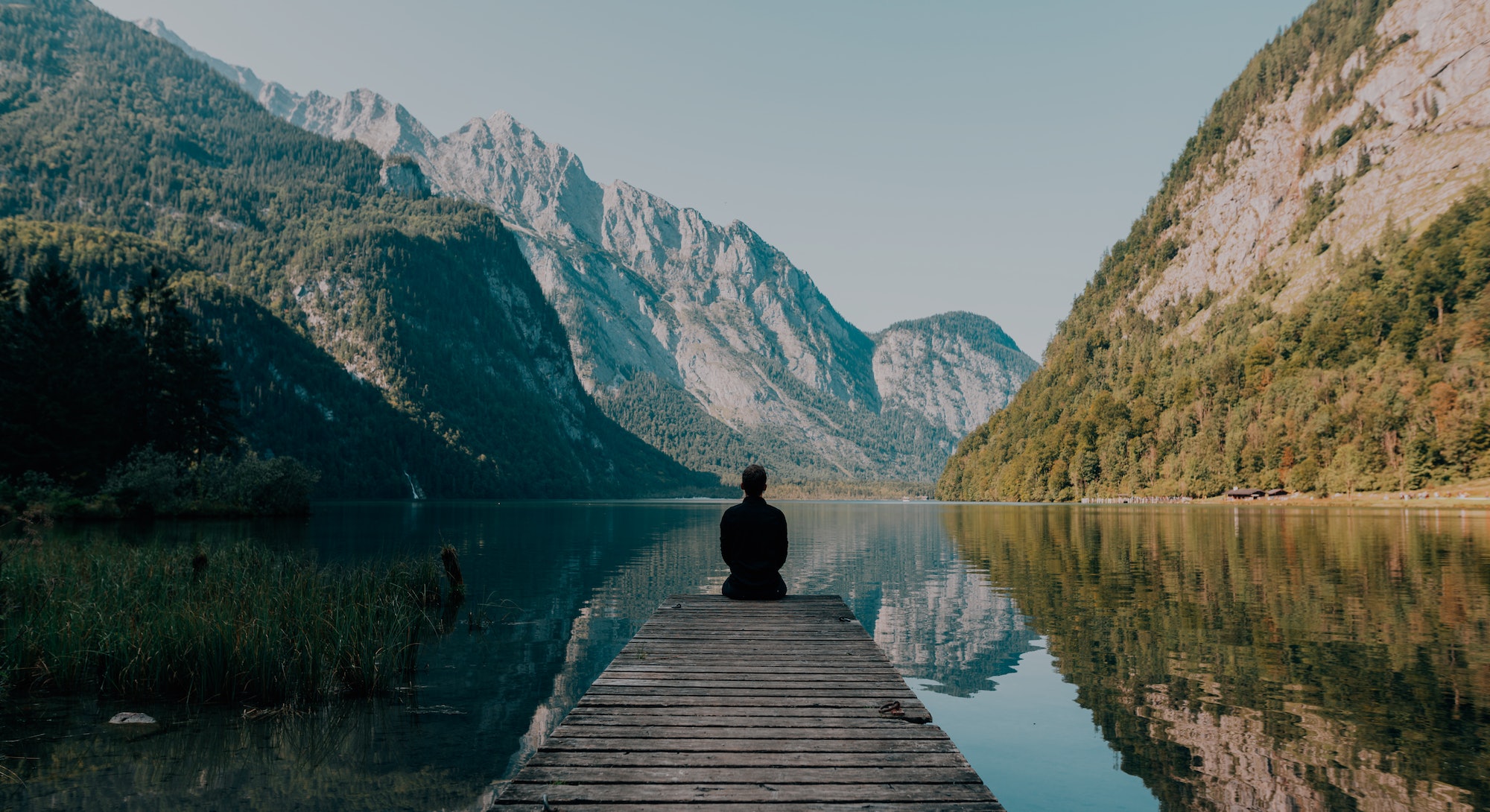 The yoga class adage of being fully in the moment while you contort your body on a mat may seem like a big ask for the less-flexible among us. However, a recent study spearheaded by a team at Wake Forest Medical School has compelling evidence that if you surrender to what may seem like a clichéd advice, you could reap some wonderful benefits, including the ability to feel less pain.

Fadel Zeidan, Ph.D., an assistant professor the Wake Forest School of Medicine and director of the Zeidan Lab, tells Inverse that his 76 subjects had never meditated before they became part of his experiment, intended to find a neural mechanism to explain how mindfulness may relate to pain management.

These first-time meditators subjects were taught to focus their minds on nothing but the present moment, a process the most of us know as the chill part of the yoga class, but neurobiologists like Zeidan call “dispositional mindfulness.”

“If you can sustain your attention without judgment reaction, or whatever without allowing emotions to contaminate the experience — that’s what mindfulness is,” he tells Inverse. “We found that dispositional mindfulness was related to a brain region called the posterior cingulate cortex.”

Zeidan first asked each subject to complete the Freibury Mindfulness Inventory, a scale that measures how mindful you are by recording responses to statements like, “I sense my body, whether eating, cooking, cleaning or talking…” After collecting these scores, he exposed them to short bursts of “noxious heat.”

Those scans helped Zeidan hone in on the posterior cingulate cortex, a part of the brain essential to the “default mode network”. Zeidan explains that this network facilitates mind wandering but is also activated when you think about others, the past or the future. To illustrate this, he says to imagine you’re driving to a beach vacation, thinking of the sun, sand, and relaxation, when in reality, you’re probably stuck in traffic on the freeway with a cup of coffee in one hand, and the other on the steering wheel:

“You’re nowhere near the car right?,” he says. “You’re wondering what you are you first going to do when you get to the beach or what you did at the beach the last time.”

During mind wandering, this circuit is in high gear. But practicing mindfulness however, (focusing thoughts back to the here and now) deactivates the default mode network. In the driving example, that would be a bit of a downer —pulling you out of the wistful mediation about the beach vacation.

Zeidan’s subjects with high FMI scores showed that same pattern of deactivation in that region, but the greater that deactivation, the less the subjects seemed to report pain when he exposed them to that “noxious heat.”

“What we’re seeing is that mindful folks are exhibiting greater deactivation of this network that’s related to mind wandering. It’s so about being in the present moment, about not wandering off.”

This idea that focusing on the present helps to mediate how we experience pain may seem counterintuitive. For most of us, pain is such a fleeting immediate experience felt acutely in the present. But Zeidan explains that by disengaging the circuit in our brain that pulls in information from our past, or our ruminations about the future we are minimizing exposure context that make it feel worse than it actually is:

“These folks may be ruminating less, catastrophizing less, attaching less to the experience than folks who are not mindful.”

Zeidan is confident in his analysis of the default node network. He has already replicated these findings in an additional, forthcoming study, and in general would like to see these findings applied to folks for whom pain isn’t fleeting — people who suffer from conditions like chronic pain.

Previous work at his lab and other similar studies have shown that meditating decreases the activation of the default mode network — even after the session is over. So it’s shaping up to have some potential as a bonafide medical intervention. The effects of being in the moment, may extend out into the future.