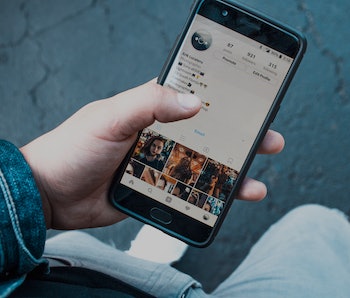 Twitter is a trash fire. Nobody uses Facebook. Instagram is a dishonest representation of someone’s life. Social media can be a toxic wasteland of polarizing ideas, echo chambers, filter bubbles, but it doesn’t have to be that way, says sociologist Damon Centola.

The professor at the Annenberg School of Communication at the University of Pennsylvania has studied how social networks influence our behavior to the point he has a book out about it — How Behavior Spreads — and has a few ideas of how to make a less-polarizing social network.

As Twitter CEO Jack Dorsey testifes before the House Committee on Energy and Commerce about Twitter’s transparency and accountability, alongside Facebook COO Sheryl Sandberg, Inverse is publishing the three tips that Centola has for a social network needs if it wants to avoid becoming another hellish, cesspool of the internet/sadness factory.

Social media platforms can and have become a place people can learn from each other. It’s already happening in experimental research.

“People are epistemically hungry,” Centola tells Inverse. “We want to learn about the world that we’re in. Regardless of your political orientation, you’re curious. We actually, without even trying to, we learn from each other all the time. If you create a space where people can learn from each other, it will happen. It’s just you have to stop putting the things into the space that actually prevent that learning.

Nothing determines the clout of a social media influencer — a more loathed term there ain’t — than the number of their engaged followers. Who is following and how many are following a person or brand is a visible metric on every major social media platform. Removing the possibility of that gap is important, Centola says. Here’s why making the so-called “social graph” a level playing field is important:

“Literally, the way that you connect people — which is to say the graph of contacts — it’s very important that it’s an egalitarian graph, so you don’t have a few people who are tremendous social stars and everyone else only has a few contacts,” he says. “It’s important to kind of force the population to be a little bit more fair in terms of social connectivity. That goes a long way in terms of making a more productive conversation.”

2. Connect People Around Non-Political Interests, Too

Untold numbers of people get in Twitter to only follow one topic. Such was the emergence of NBA Twitter, or Politics Twitter, or Media Twitter. But requiring people to connect with others around multiple topics reduces polarization, Centola says. You’re more likely to listen to an opposing political opinion if you have a shared interest with someone about music or fly fishing.

“Having people who share those kinds of interests talk about political topics where they disagree creates a greater receptivity to opposing or different opinions. Some degree of similarity on unrelated topics allows for more efficient and effective influence on the important topics.”

3. Cut Out the Images and Symbols

Images of Democrat donkey or a Republican elephant, or a political slogan or hashtag (#MAGA!) are a lens through which everything a person says is viewed. We can’t help it. As a recent study by Centola showed, people will make the wrong decision when the correct information is next to an opposing political symbol.

“The kind of imagery that’s used in those spaces to generate a kind of familiar politicized context would be best left out, and the conversation should be structured around the useful exchange of idea around people,” Centola says.

Will a social network ever be built around these three concepts? That remains unclear but it can’t get much worse, given that Dorsey and Sandberg are in front of Congress defending their problematic social networks.