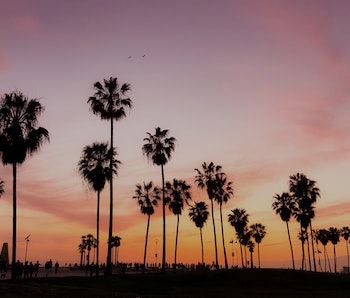 California lawmakers just took a huge step forward in the push toward a building a renewable energy economy. In a 44-33 vote, the state legislature passed The 100 Percent Clean Energy Act of 2018. As the mercifully direct name suggests, the bill sets a series of more ambitious deadlines for California’s renewable energy transition, with the goal of being 100 percent renewable by the year 2045.

It’s the second state to do so, after Hawaii, but as the climate journalist Alex Kaufman noted, if the bill passes California would quickly become the largest economy in the world to commit to a fully carbon free economy. The bill seems likely to become law, too, as Governor Jerry Brown has indicated in the past that he would sign if the legislature sent a bill to his desk.

Of course, the bill has some critics. It failed in the Senate last September, as Kaufman notes, in large part due to opposition from the state’s utility companies and unions representing electrical workers. And of course some, like the noted meteorologist Eric Holthaus say that the plan is not ambitious enough.

In a series of tweets, Holthaus pointed out that to keep global temperature increases below 2 degrees Celsius above pre-industrial levels, the entire country needs to adopt a goal just like California’s. In other words, California’s new plan might not be ambitious enough to counter-balance less climate-friendly states that are likely to lag behind.

The 2 degrees celsius number is a common goal for limiting global average temperature increases, though the Paris Climate Accord actually sets a slightly more ambitious goal of keeping increases below 1.5 degrees with 2 degrees as the upper bound.

2 degrees is sort of the magic number for reasons both scientific and psychological. People like round numbers that are easy to process, and climate advocates trying to save the world like easy, round numbers that make their policy ideas relatively simple to understand. In the past, it was seen as a potential “tipping point,” but as meteorologist and professor David Titley put it in the Conversation, the relationship between climate change, temperature increases, and their likely uneven effects on humanity is a lot more complicated.

“The goal evolved from the qualitative but reasonable desire to keep changes to the climate within certain bounds,” he wrote last year. “Namely, within what the world had experienced in the relatively recent geological past to avoid catastrophically disrupting both human civilization and natural ecosystems.”

Of course, just because it’s not necessarily a tipping point doesn’t mean that hitting the two degrees goal isn’t necessary, possibly even crucial. The effects of climate change are of course felt unevenly, but if we fail to keep temperature increases below that level then Titley writes that we can expect to see significant increases in the rate of coral reef depletion and agricultural disruption.

Not exactly as scary as a hundred foot wall of water instantaneously submerging the island of Manhattan, but, it also seems important to note, people gotta eat.

Fortunately, for its part California is already ahead of schedule in terms of hitting its emissions and renewable energy goals, thanks to a complicated patchwork of initiatives, some large, some small, that date back to administration of former governor Arnold Schwarzenegger.