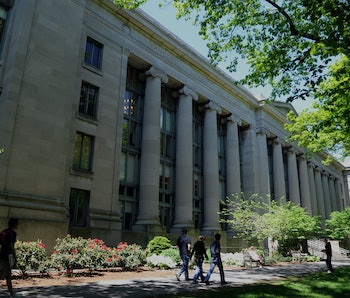 New York real estate attorney Adam Leitman wrote one of the weirder attempts at humblebrag in The Huffington Post about how his firm had banned the hire of Ivy League grads. Maybe he’s one of those attorneys who just has too many clients?

Look, I’m a proud University of Iowa grad myself, so I appreciate having a level playing field. Here’s what Leitman has to say about us salt-o’-the-earth types:

They are hard-working and usually grew up with a middle or lower class upbringing. We do not hire our clients’ sons and daughters unless they demonstrate the same merits as any stranger to our family. The candidates we recruit are those who have been battle tested in one manner or another. They have been forced to compete against their peers to rank at the top of their law school and college classes.

Yeah, we’re a rough bunch indeed. But the thought I have, Bailey, as I run the rough callouses of my hands across my stubbled cheek in contemplation, is that this is some insulting bullshit. Because some of us plebes work so hard we actually get into really good schools. The two most successful friends I have — who I won’t embarrass by naming for Google to see forever — grew up about as poor as you can grow up. One wore the same T to school every day with the name of her family’s failed attempt at a business across the chest because new clothes weren’t in the budget. Funny thing about those kids, they both attended Ivy League schools. Sucks some self-important douche would deny them an opportunity they worked their asses off to reach because of their alma mater.

If only I could ask Bailey some questions about the real motivations behind this policy.

So why are we not hiring from the best credentialed law students in the world?

First, the top students from these law schools have no interest in applying for a job at our firm.

I see, said the blind man.