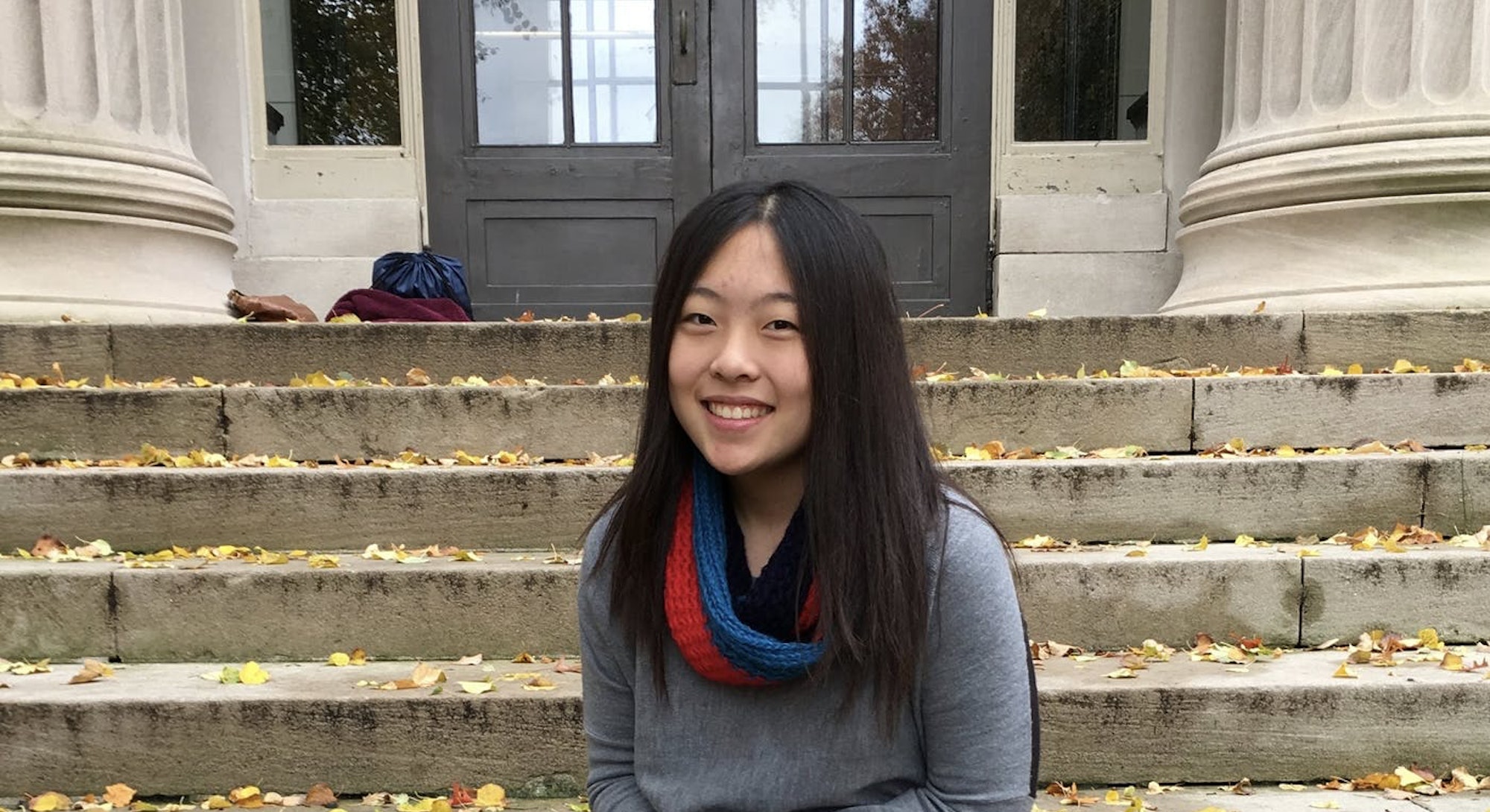 The first thing you notice when you meet Helen Pang is her energy. The Lexington, Kentucky high school senior speaks with enthusiasm, moving through the world with an air of confidence. Her teachers say that she’s “silly,” sometimes even “hysterical,” and always on top of her game.

She carries this energy into her million-and-one academic and extracurricular activities, including state and national science and computer coding competitions, classical music (she’s adept at piano, cello, and guitar, not to mention vocals), and mentoring younger girls through her church.

But even though Pang already has so many things on her plate, she seems to have found the best use of her energy: STEM leadership for other young women. She’s jumped headfirst into leadership positions with national, state, and local groups, catching opportunities everywhere. For instance, when she found out that the Kentucky Girls in STEM Collaborative had an advisory board composed of only adults, she wondered why they didn’t have any teens in leadership roles. So she took the opportunity to jump in and connect with other teens.

“I emailed them, and I was like, ‘Why isn’t there a teen board? I would love to start an initiative to start a teen board to do advising,’” Pang tells Inverse. It turned out members of the group were already thinking about starting a teen board, so, through a combination of initiative and good luck, she jumped right in. Soon after, the National Girls Collaborative Project, a group that promotes STEM education for young women, was looking for teen advisory board members. Pang naturally slid into yet another leadership position, one where she’s making a positive impression already.

“She is one of the most ambitious and passionate board members we have had, incredibly in-tune with the need for more young women to be interested in STEM pathways, and effervescent in her efforts to help make that happen,” Erin Hogeboom, director of strategic partnerships for the NGCP, tells Inverse. Hogeboom is just one of the adults in Pang’s life who’s impressed by her.

Though she’s still a student at Paul Laurence Dunbar High School, Pang already does university-level research in the chemistry lab of John Anthony, Ph.D. at the University of Kentucky. Anthony tells Inverse that she’s “a sharp and enthusiastic student,” but by now that should come as no surprise. What really sets Pang apart is the way she seeks to share her passion with other young women through STEM advocacy and leadership.

Pang’s leadership efforts have taken root closer to home, too. When she wanted to start a club at her school for girls interested in STEM, she approached biology teacher Keia Scott-Newsome, armed with statistics about the gender disparities in STEM career fields.

“I jumped on board immediately. We started Dunbar Girls in STEM, and it’s been a very strong club ever since,” Scott-Newsome tells Inverse. In the time that they’ve worked together, Scott-Newsome has marveled at Pang’s leadership prowess.

“I feel like these girls — Helen — are going to save the world. To be a club sponsor, I usually have to delegate responsibilities,” she says. “But when I come into club meetings, Helen already has the fliers up, she already has her people in place, she already has the schedule. I kind of just monitor and let her wings flap. She’s just so determined to do this, with everything else that’s on her plate.”

Despite her go-getter attitude, though, Pang wants people to know that she’s still a teen. After all, she embraces leadership traits that many adults would aspire to.

“I feel like a lot of times, when people talk about excelling high school students, they tend to focus on the accomplishments and the resumé more than the fact that they are high school students,” says Pang. “We are kind of treated as these young professionals, but we are still young kids who like drama and watch TV.”

Scott-Newsome affirms this view, pointing out that Pang is a lot more than just a teenage professional.

“She’s hysterical, she loves to be silly, and she doesn’t just love to do academic things,” she says. “She’s willing to help at the drop of a dime.” Scott-Newsome recalls that, when her son was first diagnosed with autism spectrum disorder, Pang gave her books on autism for Christmas, as well as an Amazon gift card to help buy some of the educational supplies that she needed.

For Pang, helping others one-on-one seems to come just as naturally as leading groups. She’s an active member of the Lexington Chinese Christian Church, where she mentors two younger girls who are 7 and 10 years old, advising them on faith-related matters as well as school, life, and whatever comes up.

“I remember what it was like being that age and being in their mindsets,” Pang says. When she talks wistfully about how she feels being around these younger girls, it becomes apparent that there can be a burden of growing up fast.

“Working with kids really helps me remember how pure they are. It helps me realize that if you have a vision, you really can achieve it. Being around kids reminds me of the importance of keeping that youthful innocence.” Of course, she’s still a kid herself.

Through all her schoolwork and extracurriculars, though, Pang is laser-focused on her future, as well as bringing other girls along with her into that future. For any other young people who are interested in getting involved with higher level research but don’t quite know where to start, her advice is not only simple, it’s totally her: “Go out there and email professors, talk about your passions, look for opportunities.”