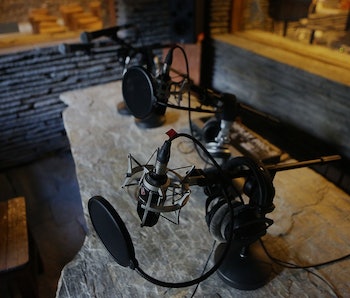 This week a video was released of 24-year-old Thomas Jennings being assaulted by a police officer after being accused of stealing a piece of pizza from a Brooklyn bodega. The video grew attention because in it Jennings is shown with his hands up — appearing to surrender and making no sudden movement — when a second police officer appears in the screen and punches him.

In covering the beating, New York Daily News described Jennings as an “aspiring hip-hop artist.” That phrase is an accurate enough description for the artist who goes by Sen’tekk, as most of his songs only have a few hundred listens. Certainly it is an accomplishment to record one’s music, but except for the track “All My Life” that was originally on the New York Daily News’ Soundcloud that so far has over 10,000 listens, he has not made much traction with his career. Maybe this unfortunate moment could help him get a little more attention.

It’s standard practice in news stories to give some identifying facts about people — hometown, age, maybe whether they’re a parent, and, yeah, occupation. Still, that Jennings is a hip-hop artist does not appear to be a factor in this incident. Nothing in the video points to the relevance of his career or hobbies. However, that’s what leads the story.

The connection between violence and hip-hop music is too often seen as a factor in confrontations with the law, perpetuating the assumption that black violence and hip-hop are inseparable. When a singer like Chris Brown is involved with the law, he becomes a “rapper” all of a sudden. This kind of coded racial language often goes unchecked, and a crime gets decontextualized as being committed by a “hip hop artist” instead of an “average citizen.” So let’s put it this way: Average citizen Thomas Jennings just got his head beaten around by a cop on apparent suspicion of stealing a slice of pizza. And at some point we can probably expect a Sen’tekk track about the encounter.