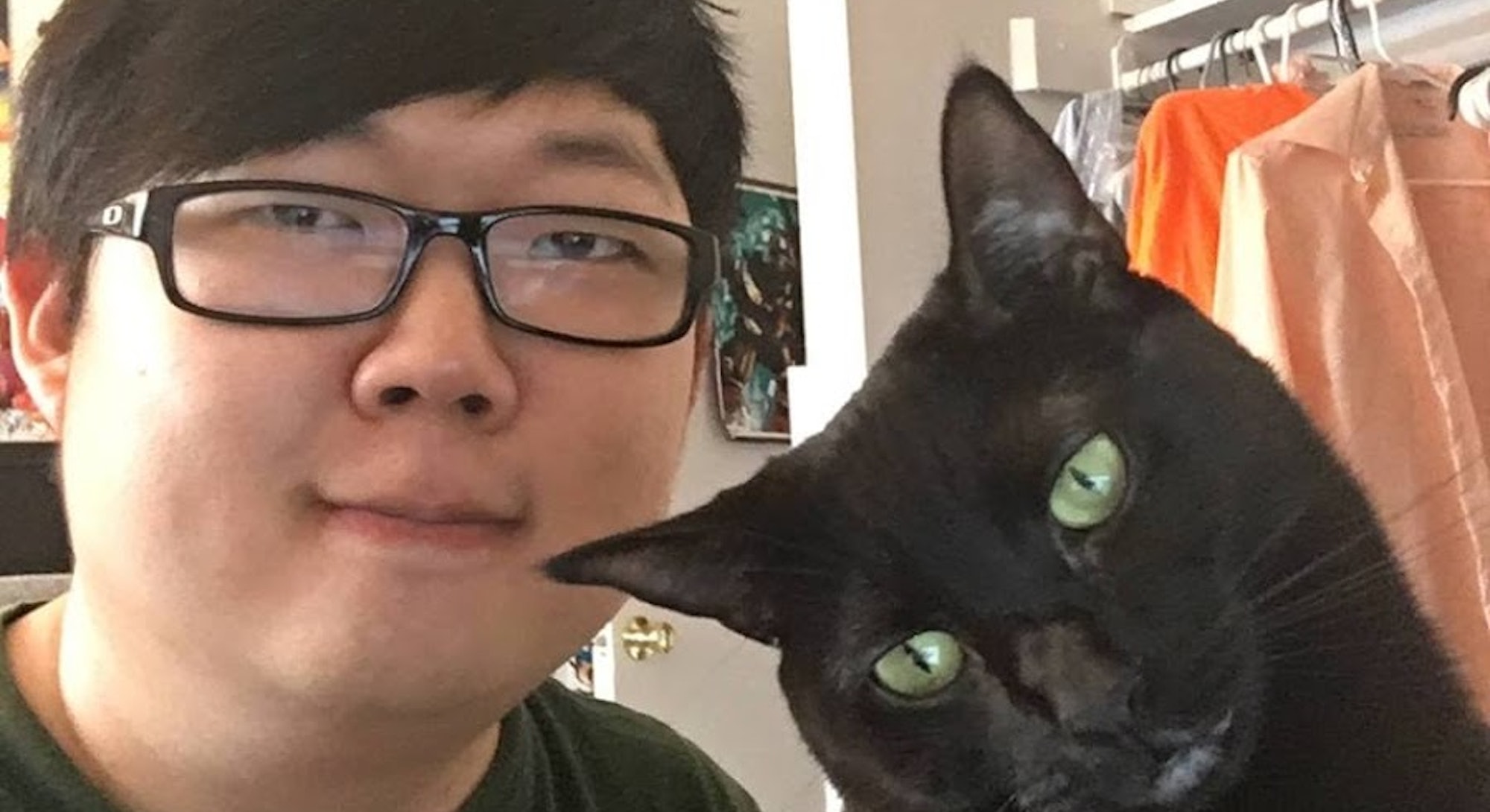 SungWon “ProZD” Cho has 1.3 million subscribers on YouTube,,,,,,,,,,,,,,,,,, and for good reason. The 27-year-old actor, whose voice was once described by a commenter as “audible chocolate,” has gained a devoted fan base for his sarcastic skits lampooning popular tropes in anime and video games.

Now, after signing with a talent agency and moving to Los Angeles, the star of Anime Crimes Division speaks with Inverse about YouTube, family, and his burgeoning acting career.

Although Cho became an internet celebrity for his short videos, he refers to his YouTube fame as a happy coincidence.

“For me, the focus has always been acting and voice acting,” Cho says. “YouTube was an accident. I’m very fortunate and very grateful for the opportunities that YouTube as brought me. I enjoy making my stuff, but honestly, it’s all for acting. It’s all so I can get more opportunities for that.”

It was a career long in the making. In high school, Cho got his start in voice acting by performing in radio plays written by his friend David Michael Kinne, playing a variety of characters from nerdy middle schoolers to officers.

“It was actually through that I fell in love with voice acting as an art form,” Cho says. “After doing those radio plays, I was hooked.”

He went on to study media arts and technology at Michigan State, where he was frequently cast as an actor for live productions because of his comedy skills. In between those performances and roughly 900 hours spent playing Animal Crossing: New Leaf (now you know why he uses so many Animal Crossing tracks in his videos), Cho was also learning video production and refining his acting, improv, and writing.

The low production values and quick, flippant nature of Cho’s videos may lead some to believe that what he does is easy, but that’s only because Cho makes it look that way. In truth, those shorts are born out of years of refining his rhythm, timing, and jokes. One of his latest videos, a 30 second clip of a gamer asking his grandmother to name all the Smash Bros. characters, took around one hour to produce.

“Something like that, I’ll shoot everything, put it into editing, and go ehh, this isn’t hitting as well as I’d like it,” he says. “Well, maybe it’d be funny to overlay another character’s dialogue over this character’s dialogue to make the pacing more frantic or make the argument stronger. Little things like that I think actually make a big difference.”

Unfortunately, that fame has also made him a popular target. The top comments on his videos are generally supportive but these praises are always accompanied by a dark underbelly of trolls. Ironically, Cho says that this is actually an indication that his channel is growing.

“I always tell people: You know you’re becoming more successful when you start getting more hate,” he says. “That’s when you’ve unfortunately made it because your stuff is getting so widely spread that everyone is seeing it, and for better or worse, are gonna comment on it.”

Cho’s voice can be heard in a number of shows and video games, but playing the role of Detective Joe Furuya in Anime Crimes Division has whet his appetite for more live-action roles.

“I hope the trend for the future is that Asian actors get better roles,” he says. “To be the lead in a sitcom would be crazy. Something that can give Asians better roles and not just the white guy’s best friend.”

Of course, being a prominent Asian American creator on YouTube has brought more than just criticism about his content. Many of the trolls posting in Cho’s comment section resort to ethnic slurs, making Cho’s presence as a media figure all the more important.

Cho’s been emboldened by Asian American entertainers making strides in the industry. Although he resists labeling himself as a role model, he also understands that he’s been a source of inspiration for other young Asian Americans aspiring to a career in media.

“Whenever I see an Asian American actor who is just killing it, that makes me happy,” he says. “It makes me go maybe that’s something I can do or people like me can do. I’m aware that people feel that way and I’m flattered.”

“I hope the trend for the future is that Asian actors get better roles. To be the lead in a sitcom would be crazy. Something that can give Asians better roles and not just the white guy’s best friend.”

Cho has over a million admirers and fans but none of them are as fervent as his parents.

“My parents eat this shit up,” he says, laughing. “They are so proud. They are just so proud.”

While Cho’s parents were always supportive of his voice acting career, they still encouraged him to hedge his bets by regularly mentioning graduate school. At a certain point, the grad school suggestions stopped. Although they still don’t completely understand what Cho does, they do know that he’s kind of a big deal.

At first, Cho dismissed the looks he got in public as a coincidence. But now after years of his content going viral on YouTube and Reddit, he accepts that he’s become a millennial celebrity.

“I used to think that was me having an ego, but now it’s actually the case,” he says, “They’ll be like hey, can I get a picture? Oh hey, are you that YouTube guy?”

These days, his dad checks Anime Crimes Division daily to chart how many views it’s received and his mom makes a Facebook post congratulating him whenever he hits a career milestone. She even reads his Twitter, to his horror.

“Yeah, it’s kinda embarrassing,” he says. “But I’d rather that than they just don’t care what I’m doing.”

As for the future, Cho is involved with a few more projects that he can’t talk about. Until then, he encourages everyone to check his Twitter feed for updates, which his mother will be sure to mention.