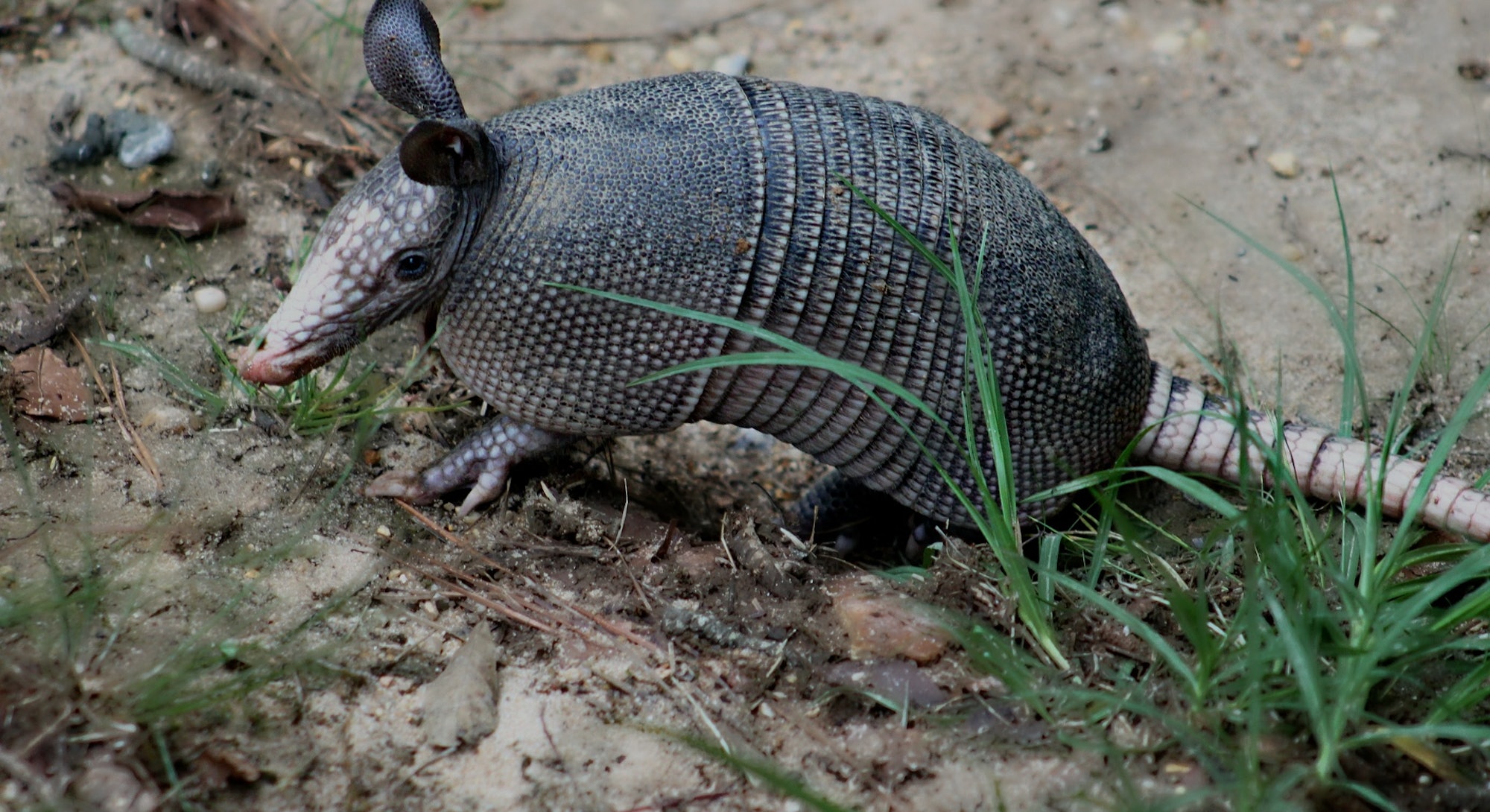 Leprosy is an ancient disease, the oldest disease known to be associated with humans, with evidence of characteristic bone pitting and deformities found in burial sites in India as far back as 2000 B.C.

It’s thus only natural that many might think the disease is a relic of the past. My recent studies in a Brazilian state where the disease is prevalent shows that leprosy is closer to us than we might think, however. The disease is growing in armadillos. And while these animals are not exactly the cuddly type to which humans are drawn, armadillo-to-human contact is spreading. And, when the species do interact, armadillos are giving leprosy back.

An Unsightly Animal, a Worse Disease

Leprosy, also called Hansen’s disease, is caused by infection of the bacterium Mycobacterium leprae, causing skin lesions, nerve damage, disfigurement, and disability, leading to social stigmatization common to people with this disease. It is spread mainly by aerosol infection, or coughing and sneezing, from human to human.

Typically, infection requires living in close contact with an untreated, infected individual. Symptoms develop slowly, as long as three to seven years after infection. It is rare in the United States, with an average of less than 200 cases diagnosed per year in the last 10 years, mostly in individuals who immigrated from foreign countries where the disease is prevalent. It is found mostly in tropical countries such as Brazil, India, Indonesia, and other countries in Africa, southeast Asia, and the Pacific Islands. There were 214,783 new cases worldwide in 2016.

Although drugs to treat and cure leprosy are cheap and available for free to anyone diagnosed with the disease, pockets of high incidence in dozens of countries have kept the numbers from declining much in the last few years. The root causes for the continued high prevalence rates remain poverty, poor sanitation and nutrition, and lack of health care availability to treat those diagnosed before nerve damage and disability occur.

Dasypus novemcinctus, commonly known as the nine-banded armadillo in the US or chicken-armadillo in Brazil, is the only species whose range includes North, Central, and South America. These armadillos first extended their range from Mexico into Texas around the 1850s and then went north and east into the Gulf states of the southern US. In the late 1940s, another group of armadillos escaped from captivity in central Florida and spread throughout Florida, eventually merging with the Texan armadillos in the early 1970s in the Florida Panhandle.

Around this time, Dr. Eleanor Storrs found that armadillos infected with M. leprae experimentally eventually came down with symptoms of leprosy, even having the same skin lesions and nerve damage found in human cases. Shortly after this, she and her team discovered that armadillos living in the wild in Texas and Louisiana were naturally infected by M. leprae. Analysis of archived serum samples for antibodies specific for the bacterium indicated that animals from this area had likely been infected since the 1960s. Exactly how the armadillos became infected by humans is not clear, but one theory is that they picked it up from contaminated soil by digging. Surveys of armadillos in the Gulf states found that up to 20 percent were infected with M. leprae.

At first, armadillos’ susceptibility to leprosy was a boost to science and medicine. Because they were the only animal other than humans in which the bacteria could be isolated, armadillos allowed scientists to study leprosy and possible treatments.

Now, there are millions of armadillos in the southern US, and people interact with them in a variety of ways. The animals’ leathery carapaces were fashioned into purses and boots; some were kept as pets in the home or brought to entertain people at petting zoos, children’s schools, and at armadillo races at county fairs. In certain areas, people hunted them to serve at barbecues.

All of this exposure eventually had consequences. In 2011, Dr. Richard Truman from the National Hansen’s Disease Program in Baton Rouge, Louisiana, published a study showing that the strain infecting the majority of armadillos and native leprosy patients in Texas and Louisiana were identical, indicating that the disease was a zoonotic infection being transmitted to humans.

In 2015, another study from the same group found that a different strain type that existed only in central Florida was causing a second cluster of cases in armadillos and humans. Both of these reports caused a huge amount of media coverage, with people being somewhat surprised and alarmed that this ungainly and not very cuddly animal was transmitting the oldest and one of the most feared diseases to humans. Still, once the excitement died down, most people probably resumed their behaviors with these animals, ignoring the possible risks involved.

What Goes Around Comes Around: The Same Is True in Brazil

Two things stand out about Brazil. Armadillos are native to South America; and leprosy, first brought to Brazil over 500 years ago by the European explorers and through the slave trade from West Africa, has been widespread there for hundreds of years. Knowing this, our research team wanted to know how much human contact there was with armadillos in Brazil and whether this could lead to leprosy transmission from these animals as had been shown in the southern US.

Our study focused on people living in a rural area in western Pará state in the Brazilian Amazon in the city of Belterra. People living there frequently ate armadillos as a source of protein. And there was a lot of interaction of people from this town with armadillos: 19 percent hunted the animals in the forests, and 65 percent cleaned the meat for cooking or ate armadillos at least once per year. The percentage of people with a positive antibody response to the bacterium (63 percent were positive, normal for this region) indicated that the majority of people had been infected by *M. leprae.

A surprising 62 percent of armadillos killed by hunters showed signs of infection with M. leprae, a rate three times higher than in Texas and Louisiana. Most importantly, a group of 27 individuals who ate armadillo meat most frequently had antibody levels 50 percent higher than other groups, indicating that increased consumption almost doubled their risk for disease. The study concluded that similar to the southern states in the US, leprosy is being transmitted from armadillos to people in Brazil.

The broader message about this work is that wild animals harbor all kinds of diseases that can be transmitted to humans, particularly when there may be contact with blood or when eating the meat. Although leprosy remains a disease that few people in the US worry about, people should take care with how they interact with armadillos.

This article was originally published on The Conversation by John Stewart Spencer. Read the original article here.