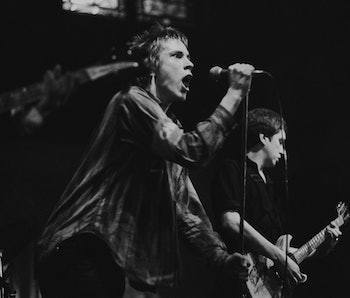 Choosing between the Sex Pistols, Norah Jones, Big Boi, and Slayer should be pretty easy — you probably hate three of them. And you’re not alone: When it comes to music, humans have strong opinions. Now, a study shows that the type of music you like reflects your personality, specifically whether you’re more empathetic or analytical.

Psychologists at the University of Cambridge grouped participants in the study by their “cognitive style.” People who were good at perceiving and responding to emotions were classified as “empathizers,” and those who tended to analyze and construct systems were called “sympathizers.” Then they turned up the volume.

The study, published in the journal PLOS ONE, involved over 4,000 participants, most of whom were recruited through the myPersonality Facebook app. Through the app, users first filled out psychology-based questionnaires, and then, at a later date, they were given 50 songs, chosen from 26 different genres (and their subgenres), to listen to and rank.

Empathizers consistently went for mellow, romantic, and unaggressive music, with R&B, soft rock, and adult contemporary being the most popular genres. They were also into unpretentious, folky, singer-songwritery music, as well as contemporary styles, which were defined as percussive, electric, and “not sad.” Systemizers, by contrast, were big on intense music — punk, metal, and classic rock — and avoided the soft stuff. In general, empathizers preferred music that was low-energy, sad, or contemplative, while systemizers were into music that was high-energy, fun, and technically complex.

Even deeper analysis showed that preferences were consistent within genres: Presented with several jazz tracks, for example, empathizers consistently chose mellow songs, while systemizers went for high-intensity ones.

The scientists have yet to explain why there’s a link between our thinking styles and music tastes, but this study already goes a long way toward explaining the resonance of High Fidelity. And the music industry should pay attention: This kind of work could be incredibly useful in designing recommendation engines. In an article published by The University of Cambridge, researchers tried their hand at choosing songs based on cognitive style:

While the songs fit the study’s findings, they’re not exactly current. Here’s hoping Apple Music will use the data to make more #relevant recommendations.