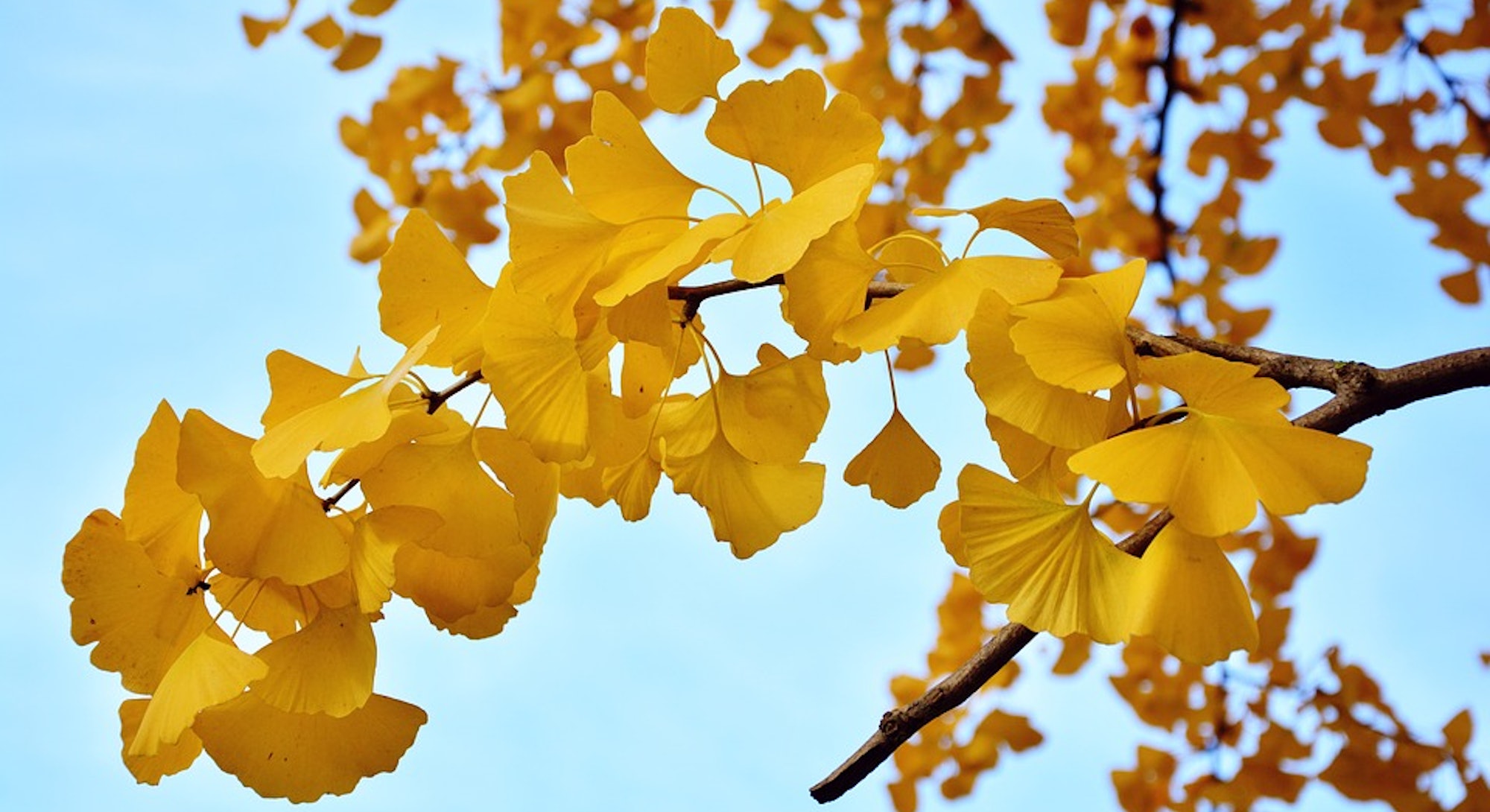 On August 6, 1945, an Allied plane dropped an atomic bomb on Hiroshima, Japan, creating a fireball 1,200 feet in diameter. Disaster rained down upon the city, killing an estimated 150,000 people and leveling both the biological and man-made landscape. Little was left standing, but somehow the ginkgo trees were able to weather one of the most destructive moments in human history.

Those trees, now dubbed “A-bombed trees,” or hibakujumoku, are still in Hiroshima today, monuments to both humanity’s capacity for destruction and nature’s ability to withstand us at our worst. But while these roughly 170 ginkgo trees are now famous for surviving the Hiroshima blast, ginkgos as a species have persisted through a 200-million-year history of close calls that laid the foundation for its ability to withstand the A-bomb attack, explains Sir Peter Crane, Ph.D., director of Yale’s School of Forestry and Environmental Studies.

“A lot of trees are resilient, but ginkgo seems particularly so,” Crane tells Inverse. “But the thing you have to remember is that there’s a huge paradox at the heart of this ginkgo story, and that is it very nearly went extinct.”

Plants with seeds can be broken down into two categories: angiosperms, also known as flowering plants, and gymnosperms, or “naked seed plants.” Ginkgo trees fall loosely in the category of gymnosperms but make up a subclass called Ginkgoidae. The ginkgos we know today are the only remaining member of that subclass.

In the Jurassic period, Crane explains, ginkgos had diversified and flourished across Laurasia, the precursor to the continent of Asia. But the fossil record shows the ginkgos’ golden days weren’t destined to last. Over the course of several million years, ginkgos begin to slowly disappear from the fossil record. By the Pleistocene, which began roughly 2.5 million years ago, glaciation had killed off nearly all the different ginkgo lineages, leaving only a handful behind in the forests of central China.

“At the end of the last ice age, it was down to a few restricted populations in China, from which all the living ginkgos that we see today are descended, whether they’re in Manhattan or Tokyo or San Francisco or Seoul,” says Crane.

Having survived the mass extinction, this tiny enclave of tough Chinese ginkgos was quiet for a few million years. But eventually, they began to spread once again with a little help from humans. Crane estimates that between 1300 and 1400, the trees made their way to Japan. Once they got there, the evolutionary toughness of these “living fossils” was tested a second time by destructive forces that strangely set the stage for their eventual survival at Hiroshima.

In 1923, a catastrophic earthquake struck just south of Tokyo with a magnitude of 7.9, setting the city ablaze. Only about 10,000 of the ginkgos that had made their way to Japan 500 years earlier were left standing in the city. But within months, people started to notice something odd. While all the other trees died, the ginkgos had slowly begun to grow again. The bark and outer rings of the trees were scorched, but the living cells within had clung to life.

“The Japanese noted that the ginkgos survived disproportionately from other trees,” Crane says. “The living tissues of the trees were not completely damaged by the fire; the same way they weren’t damaged by the Hiroshima bomb. After the great Kanto fire when they started to replant, they focused on the gingko because they knew it was particularly resistant to fire.”

A replanting effort began, wholly focused on the strange persistence of the ginkgo. Roughly 16,000 new gingko trees were planted across the country by the Japanese government, and a handful of them made their way to Hiroshima, where their will to live was tested once again just over 20 years later.

A “Cylinder of Living Cells”

In August 1945, Hiroshima’s ginkgo trees were in full leaf. When the bomb hit, the heat immediately burned those leaves into nonexistence. The branches were instantaneously stripped away, leaving the outer bark completely scorched.

But, as Crane explains, the tree was still alive on the inside. Somewhere underneath all of the destruction, a tiny cylinder of “living cells” had to have survived. Fortunately for the ginkgo tree, the extreme organization of its cell tissues created a compartment that was immune to destruction. On its very outside is the bark, a shell of hard, dead cells. Inside is the softer phloem, which carries sugars that feed the other cells. Then comes the xylem, a wood-producing layer of the tree. Closest to the core is the cambium, which Crane calls a “cylinder of living cells.”

The A-bomb almost certainly destroyed the dead outer layers, but Crane hypothesizes that the ginkgo bark was just strong enough to protect the life within.

“So now you’ve got a bare tree with no leaves, but come spring, there’s still enough energy there where buds can be developed and new leaves can start to form,” he says.

“It’s those living tissues that would supply the nutrients coming out from the roots that would differentiate into leaves the next season.”

The Process of Rebirth

In the autumn of 1945, the trees would still have been recovering from the enormous shock of the A-bomb. But by then the roots of the ginkgo, deep in the earth, were steadily collecting essential nutrients despite the lasting radiation from the bomb. This durability is another part of the ginkgo’s survival toolkit says Deanna Curtis, curator of Woody Plants and landscape manager at the New York Botanical Garden.

“I would think that the location of the tree and exactly where the tree’s roots were going would have to have played a role in this tree’s survival,” Curtis tells Inverse. “Ginkgo are considered tolerant of a variety of stressful soil conditions, which lead to their use as a common street tree.”

The ginkgo trees that are currently marked at Hiroshima all stand within 2,200 meters of the center of the blast. They would have been exposed to massive amounts of radiation — even strange black rain, dark with ash and other particulates that fell in the days following the explosion. But even after being exposed to what were perhaps the most stressful soil conditions in the history of the planet, the trees survived.

In the spring, the ginkgos bloomed again and continued to do so every spring after that. Today, each tree has a name and is marked by a plaque. They’re now natural memorials, reminders that evolution has equipped life to survive even the greatest catastrophes wrought by humans.

“That’s what caught people’s imaginations,” Crane concludes. “You have this incredible scene of devastation, and it would take months for people to come to grips with it. Just as they had gone through the winter, out pop these new leaves from trees that everyone thought were dead. That’s the power of the ginkgo story.”