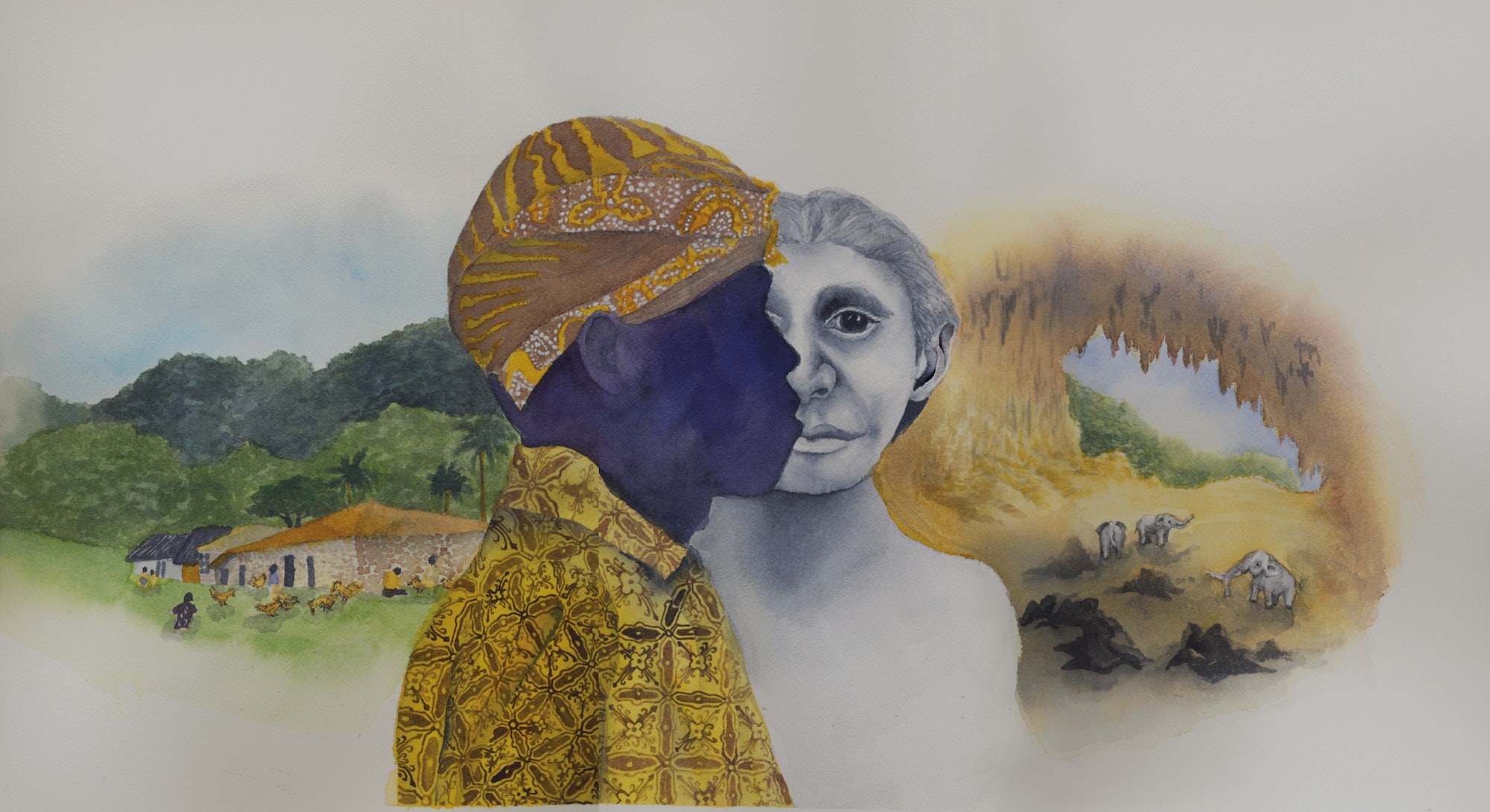 On the Indonesian island of Flores, there lives a group of people known as the Rampasasa pygmies. Their average height is about four feet seven inches, and their hamlet is very close to Liang Bua, a cave made famous by the 2003 discovery of a very small female skeleton roughly 80,000 years old. The skeleton has since been joined by 12 other members of the Homo floresiensis family, all discovered in the cave. The Rampasasa claim an ancestral link to the tiny early human species, attempting to cash in on the connection. It makes sense: They’re small too, and tourists are willing to pay to see a real-life “hobbit.” But a new study released Friday in Science threatens to put an end to the lucrative business.

The genomic analysis of the Rampasasa at the heart of the paper indicates that Rampasasa DNA doesn’t contain evidence of any H. floresiensis ancestry. It also raises a new, perplexing mystery about the residents of Flores. If the pygmies are unrelated to H. floresiensis, then how did they both get to be so small?

In the genomes of the Rampasasa, the researchers found evidence of evolutionary changes associated with diet and height, suggesting that a natural process called “insular dwarfism” arose independently in two separate hominin lineages on Flores Island. In other words, they argue that the island forced two separate human populations to shrink at different periods in its history.

The team had at first hypothesized that the ancestors of the pygmy population once mated with the so-called “hobbits,” and so they expected to find some H. floresiensis genes in the Rampasasa genome. With the consent of the village elders, they used saliva samples from 32 individuals to generate genotype data from around 2.5 million single nucleotide polymorphisms and sequence the genomes of 10 individuals.

As co-author and Princeton University postdoctoral fellow Serena Tucci, Ph.D., painstakingly scanned the Rampasasa genomes with her colleagues, she hunted for sequences that diverged from that of modern humans. Whenever they found one, they’d check whether the sequences matched the genomes of Neanderthals or Denisovans — other Homo species that Tucci says emerged after H. floresiensis. If there was no match, they’d label it as “unknown.”

“[If] the unknown sequences were truly inherited from floresiensis,” she tells Inverse, “we would expect them to be older compared to Neanderthal, Denisovan, and modern human sequences — but we found this is not the case.”

Instead they found traces of Neanderthals and Denisovans, evidence that those species had at some point mated with the ancestors of the Rampasasa. The pygmies, it was clear, were not related to H. floresiensis, suggesting that they must have become small on their own.

A further analysis comparing the pygmy DNA to that of 2,507 individuals spanning 225 worldwide populations showed that the pygmies have a high frequency of genetic variants associated with being short, as confirmed through a direct comparison to height-associated genes identified in Europeans. Crucially, the pygmy DNA also showed evidence of selection for enzymes involved in fatty acid metabolism, known as FADS enzymes.

This evidence, the authors write, “points to a critical role of FADS as an evolutionary ‘toggle switch’ in response to changing diet.” It was a discovery that opened up a new explanation for the small stature of both populations: The link means that a shortage of food on the island could have acted as a force of a natural selection, giving smaller bodies a better chance at survival.

The idea isn’t far-fetched. Generally speaking, large animals evolve to be smaller on islands, while small animals tend to get bigger. Being a large mammal on an island isn’t very practical because there’s limited space and food. If you don’t have any predators, it’s better to be smaller so you don’t have to eat as much; but if you’re already small and vulnerable, it helps to get a bit bigger. That’s why Flores was also once home to dwarf elephants and giant Komodo dragons.

The tendency of island populations toward smaller, shorter stature is sometimes referred to as the “island rule” or “insular dwarfism.” Since the Rampasasa did not appear to inherit their small size from H. floresiensis, the authors write, the most likely explanation for their stature is that both populations experienced insular dwarfism separately.

Daren Card, a Ph.D. student at the University of Texas at Arlington, has honed his expertise in evolutionary genomics by studying how natural selection can induce dwarfism. In his own research, he’s found that genetic variations have influenced the dwarfism of island boas in Central America.

“As a researcher who does not study humans, but instead studies island dwarfism in natural populations of other vertebrates, this work is particularly exciting,” Card tells *Inverse.” “There has been very little research into the genetics of island size changes in any group of organisms, despite the fact that this type of phenotypic shift has been observed across many diverse species worldwide.”

However, not everyone agrees that insular dwarfism drove down the heights of the Rampasasa pygmies and H. floresiensis. William Jungers, Ph.D., a professor emeritus at Stony Brook School of Medicine who has studied the ancient “hobbits” extensively, tells Inverse that the “dwarfed modern human story is very interesting” but says that the “claim of two dwarfing events on Flores is premature at best.”

Jungers says the claim that the H. floresiensis — who were about 15 inches smaller than the Rampasasa — were small because of insular dwarfism ignores the debate over their provenance: From whom, and from where, did H. floresiensis come? Some scientists argue that the small ancient people evolved from Homo erectus individuals who sailed to Flores and then shrunk. Other researchers, including Jungers, theorized their ancestor was small to begin with — probably a Homo habilis — which would eliminate the need for dwarfing and render the new hypothesis moot.

In a 2009 study in the journal Significance, Jungers argues that the ancestors of H. floresiensis must have arrived by sea and evolved in isolation until their extinction between 10,000 and 15,000 years ago. Stone tools found on Flores indicate that the island’s first colonizers — who Jungers thinks were also the direct ancestors of H. floresiensis — arrived almost one million years ago, which means they survived for quite a long time. These colonizers, he reasons, couldn’t have been Homo erectus, who at the time lived in nearby Java. The cranial shape, limb size, and extremely stocky shape of the “hobbits” simply don’t match up.

“In addition to a decrease in both body size and brain size, this scenario [evolution from H. erectus] would require numerous evolutionary reversals in many details of body design from brain to toes,” writes Jungers. “It is also relevant to point out that modern humans have, in fact, ‘dwarfed’ to the same body mass as the hobbits repeatedly and independently around the world, but no known human pygmy manifests anything resembling evolutionary reversals or any meaningful convergence on Homo floresiensis.”

And so, the island of Flores and the characteristics of their unique inhabitants, both past and present, remain a mystery. But what we do know is that the people who live there now aren’t evolutionarily connected to the ancient people who lived in the cave next door and, as far as we can tell, mysteriously vanished. Of course, we can never be too sure: It’s still possible that the genes of H. floresiensis live on in the bodies of other living humans, waiting to be discovered.