Ian Chillag is used to hunting for interesting interview subjects and experts, having worked as a producer on high-profile radio shows like NPR’s Wait, Wait…Don’t Tell Me and Fresh Air With Terry Gross, but his latest project requires communication with subjects that typically aren’t sought after — inanimate objects.

In his new Radiotopia podcast, appropriately titled Everything Is Alive, Chillag conducts live, unscripted interviews with actors inhabiting the subjectivities of everyday objects, from cans of soda to lamps.

The idea sounds absurd because it is, but the results are all at once an enlightening creative experiment and a bright light revealing the tropes that have infiltrated and proliferated the podcasting industry. 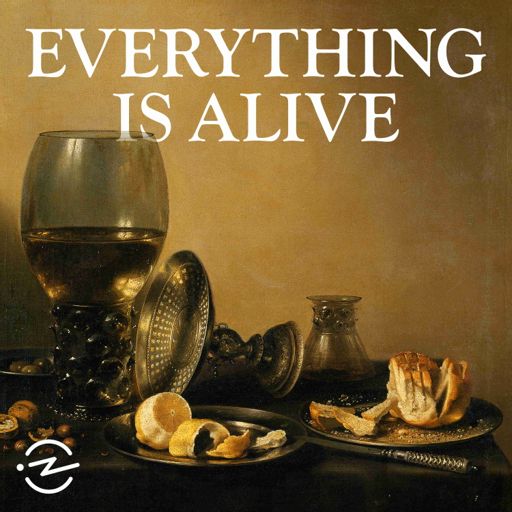 The podcast, whose second episode was released Tuesday, is a delightful mix of semi-long form interview with skilled voice improv and acting.

Chillag tells Inverse that it’s inability to be categorized is part of its magic: “I like that it’s a little bit uncategorizable. To me it feels very real, it’s just that one rule of the world is different.”

In episode two, for instance, Chillag interviews Maeve — a lamppost from Brooklyn, who within the first two minutes of the 21-minute episode describes her day to day interactions with humans with exasperation.

The simple shift in viewpoint, from human-subject to object-subject allows listeners to hear a novel perspective on reality that isn’t necessarily human-focused.

In Episode 1, the life of Louis, a soda can, is described from his own standpoint rather than a human’s. The episode, despite being about a soda can, allows for a poignant discussion on purpose, life, and death.

While the podcast pleasingly moves podcasting into a foreign frontier, it’s ability to successfully do so highlights tropes and formats that have allowed podcasting to thrive in recent years.

Deep electro-acoustic music accompanied by introspection from the subject makes what’s being said automatically appear to be profound — even if it’s a lamp post talking about dating. While this is what makes the podcast a fabulous exercise, it illustrates the listener’s maliability. Have our tears shed while listening to hours of podcasts been justified, or were they extruded through the art of production?

Chillag says that his team’s intentions are largely sincere, telling me over email that “We want that fun there on a really subtle level. But it is also pretty sincere. For me it’s less about parodying an interview style and more about taking interviewing a band-aid, or whatever, completely seriously. And letting the fun come out of how the seriousness of the approach contrasts with the premise itself.”

Regardless of whether or not you view the podcast as sincere, satire, or both — it’s undeniably perspective shifting. Chillag says “We’ve heard from people who say the show makes them feel more empathy to the people and things in their life. That’s nice.”

Even for cynics, approaching the show from the perspective of satire may be beneficial. Recognizing tricks and tropes that may have turned into crutches at some point might inspire more genre-bending shows like Everything Is Alive.

More like this
Culture
3 hours ago
8 Norse gods you need to know before Thor: Love and Thunder
By Robin Bea
Culture
2 hours ago
64 years ago, Hollywood made the most rip-roaring Viking movie ever
By Emil Stern
Culture
7.1.2022 9:00 PM
Male celibacy has evolutionary benefits — but not for the reasons you think
By Ruth Mace, Alberto Micheletti and The Conversation
Share: