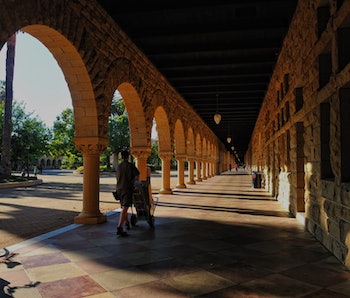 Brock Turner, the former Stanford University athlete who was convicted of sexually assaulting an unconscious woman, is trying to overturn his conviction, his attorney Eric S. Multhaup says. In his appeal, Multhaup states that Turner never intended to have sexual intercourse with the unconscious person. He merely wanted sexual outercourse, which, according to Multhaup, does not show intent to rape and thus warrants a lesser sentence. But according to some scientists, lawyers, and activists, Turner and Multhaup are misusing the term.

In 2016, Turner was convicted of two counts of digital penetration of an unconscious person and one count of assault with intent to commit rape. He only served three months of his six-month jail sentence and three years probation. On Tuesday, Multhaup spoke before a panel of three California 6th District Court of Appeal justices, describing outercourse as “aggressive thrusting or humping while fully clothed,” stating that the practice “is viewed in modern times as an alternative to or substitute for sexual intercourse, not a precursor to it.” This definition is limited, says Lea Grover, writer and Speakers Bureau member of the Rape, Abuse & Incest National Network, or RAINN.

“‘Outercourse’ has been used for over 30 years to describe external sexual stimulation, with Merriam-Webster recording its first known use in 1986,” Grover told Inverse. “It’s often used in HIV+ communities, and there are many references to it in academic literature. There is some debate on whether or not oral penetration can be included in the description ‘outercourse,’ but it typically refers to the same subset of sexual activities also described as ‘foreplay.’”

Grover explains that while outercourse is “an umbrella term for a variety of sexual acts” that could refer to non-penetrative acts and is sometimes promoted in abstinence-only environments, it does not convey a lack of intention for intercourse. “Most frequently outercourse is presented as foreplay,” she says, “which is presented as a prelude to sexual activity.”

Dr. Laura McGuire, sexologist and expert witness at the National Center for Equity and Agency, confirms that Turner’s reported behavior does not fall under the term outercourse, and even if it did, such acts still require consent. “All reports from the case seem to suggest that penetration was attempted or completed. Though even if this is not the case the victim could not consent to physical contact and therefore was assaulted,” McGuire told Inverse.

Both McGuire and Grover’s usage of the term outercourse complies with industry standards in sex education. Allison Moon, sex educator and author of Girl Sex 101, argues that there are several reasons why educators may suggest outercourse as an alternative to intercourse, but none of these apply to what Turner did to the unconscious woman.

According to the police report against Brock Turner, two men on bicycles noticed Turner humping a woman who appeared unconscious behind a dumpster. Her dress was pulled over her waist and her underwear was thrown to the side. Police said that Turner later admitted to digitally penetrating her.

“Based on what I’ve read about the conviction,” Moon says, “nothing Turner did could be considered outercourse. He admitted to digitally penetrating his victim when she was unable to give consent. That’s rape.” Her thoughts are echoed by lawyers as well, such as author and criminal defense lawyer Norm Pattis.

“Rape requires penetration, however slight,” Pattis tells Inverse. “It also requires intent, as in the intent to penetrate. All the lawyer is saying is that Turner intended to get his kicks without penetrating her. In other words, Turner engaged in a less serious form of sexual assault than rape, [but] any sexual contact requires consent.”

Pattis says he’s served as an attorney on multiple rape cases and doesn’t see a legal reason to overturn this conviction. “There is no hope for this on appeal,” he said. “It is frankly a ridiculous argument at this point. The time to win this is at trial not on appeal. If he penetrated the mouth, vaginal area, or anus it is a little late to say it was all a mistake.”

Yet, even if Turner’s plea is unsuccessful, sexologists and sex educators worry that Multhaup’s definition of outercourse could misinform the public on its usage and importance. “For his attorney to argue that this is a ‘lesser’ violation is both false and dangerous to victims who might now not want to report their assaults because there wasn’t penetration,” McGuire says.

Outercourse also holds an important role for many communities, which Grover fears could face further disenfranchisement if the public misunderstands this term.

Sexologists and sex educators see the importance of outercourse in many spaces, and Turner and Multhaup’s misappropriation of the term could undermine its utility in sex education. Furthermore, it suggests that not all sexual activity requires full consent, an idea that has no legal basis. “I think in many ways it’s wonderful that this conversation is raising awareness of the existence and validity of non-penetrative sex,” Grover says, but reminds those who are learning about outercourse for the first time that, “sex is consensual, assault is non-consensual, full stop.”