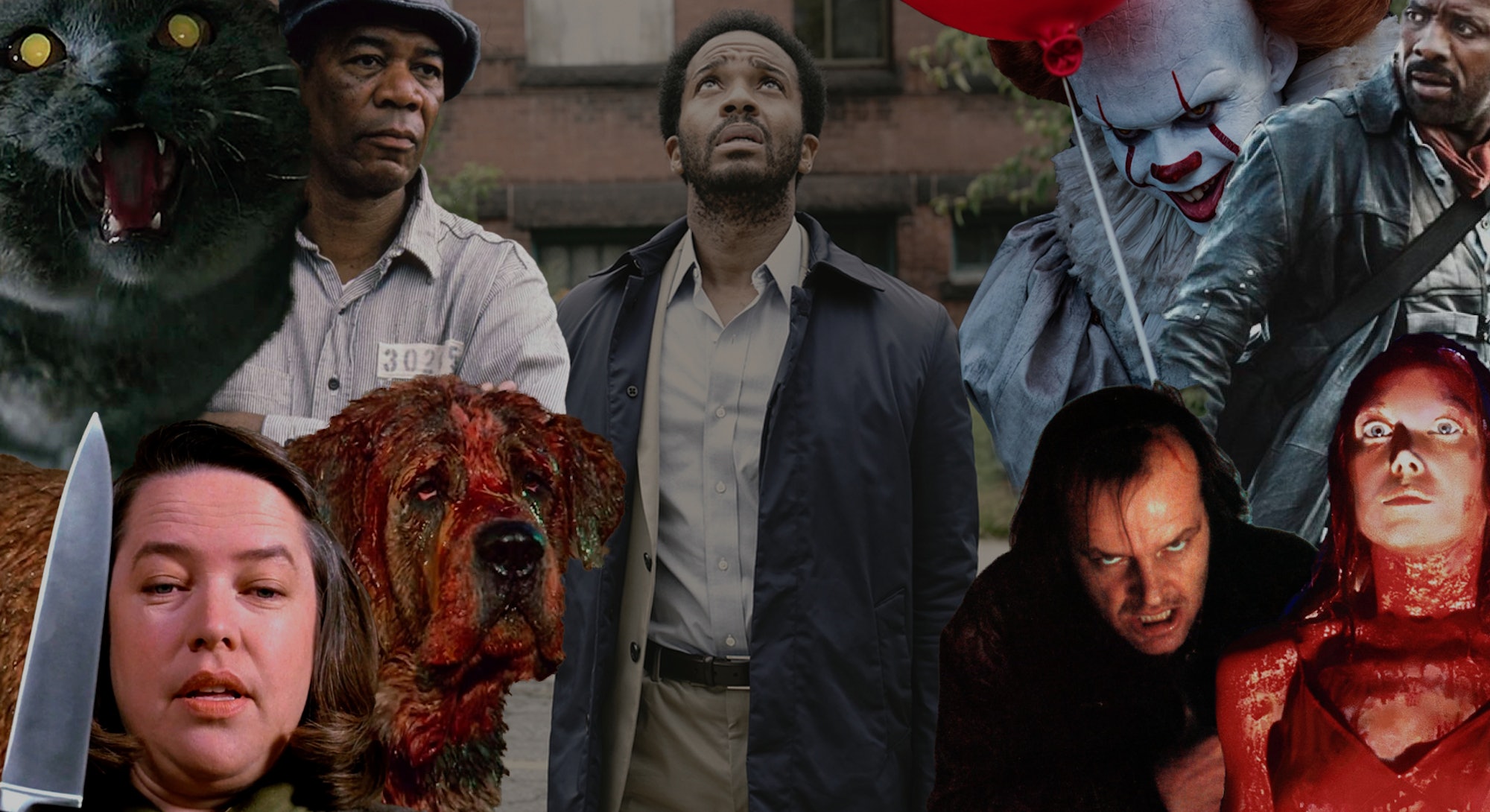 Stephen King is one of literature’s most prolific writers, but the horror master didn’t pen the latest scary tale set in his interconnected universe. Castle Rock, Hulu’s new series, takes place in the fictional town that’s been the setting of several of King’s most iconic tales (and referenced in countless others), though it’s a totally original story. It still feels like a classic King tale, and not only because there are familiar characters — The Dark Half’s Alan Pangborn — and places, like Shawshank State Prison.

“Stephen King, in some ways, invented a certain genre of what we call psychological horror,” Shaw says. “There’s often uncanny and unknowable forces of darkness that pervade his books, whether they are articulated as a malevolent clown in a sewer or a rabid dog.”

Castle Rock doesn’t feature “It” or Cujo, though Pennywise’s hunting ground of Derry is mentioned, and a newspaper clipping recounts the rabid Saint Bernard’s attacks. This time around, the small town is haunted by a new mystery. First, there was the brutal suicide of Shawshank Prison’s warden, and the discovery of a nameless, unsettling young man (Bill Skarsgård) who had been secretly locked in a cage deep in the prison. Meanwhile, death-row attorney Henry Deaver (Andrew Holland) reluctantly returns to a hometown that has distrusted him since an inexplicable childhood incident that claimed his father’s life.

Deaver got the hell out of Castle Rock, but he’s one of the few who managed to escape the gloomy Maine town. That’s one of the things that inspired Thomason and Shaw, two life-long King fans, to examine the fictional setting.

“Who stays in a place like Castle Rock?” Thomason asks. “Who endures so many horrors — rabid dogs, serial killers, everything that’s happened in Castle Rock — and decides to stay?”

The pair pitched their idea to executive producer J.J. Abrams, who in turn talked to King, who gave his blessing — though he didn’t participate much in the actual crafting of the tale.

“He definitely had veto power. He never exercised it,” Shaw recalls, explaining that even when he and Thomason gave King a heads up about some of the “bold choices” they were making, the author acted as “a benevolent god overseeing this universe.”

King was so hands-off, Shaw says he was shouting, “don’t go in there” at the TV while watching an early screening of the first episode. Still, Thomason and Shaw nailed the feel of one of his stories, especially because they really dug into the dark fears at the heart of King’s work — the fears that plague the town of Castle Rock and linger in the frightening depths of everybody’s minds.

Shaw says King’s work is so “enduringly haunting” because of his unique ability to create an “interior space, an interior darkness” in his characters, a skill that’s unparalleled among genre writers.

“Even if by the end of the novel, the monster has been vanquished, there’s generally a sense that the deeper psychological horrors or real-world horrors of the day,” Shaw says. There’s a gnawing, deep uneasiness, whether it be “a marriage that is wrecked by addiction or a sense that the person who is lying next to you, when you put your head down on the pillow, may not be exactly the person you think he or she is.”

“Those kinds of unsettling real-world horrors tend to endure,” he continues.

That mixture of the supernatural with the sadly natural is a hallmark of King’s books. The Shining is about a haunted hotel, but it’s also about an alcoholic father who hates himself for abusing his son. Pet Sematary has an ancient burial ground that horrifyingly revives the undead, but it’s also a brutal, unflinching depiction of grief and mourning of the death of a child.

In Castle Rock, ghostly apparitions and hints that Skarsgård’s nameless prisoner might bring about the end times make for horrifying viewing, but they’re grounded in real fear. Shawshank is an indictment of the prison-industrial complex, even as the corrupt, profit-driven prison is the only thing keeping Castle Rock afloat after industry left and mills closed.

This is the hometown to which Deaver returns. It’s a community that doesn’t only mistrust him because of the incident involving his father, but because he’s possibly the only black person in the entire town of Castle Rock. His adoptive mother has Alzheimer’s disease, and his old neighbor is struggling with opiod addiction — a tragic nod to the epidemic that’s plaguing Maine.

Take away Shawshank State Prison, take away Alan Pangborn, take away Castle Rock, Maine, take away all of the explicit connections to King’s chilling body of work, and Castle Rock still feels like it belongs with The Stand, Carrie, and Under the Dome. The supernatural is there — an uneasy discovery that starts out curiously small yet threatens to bloom into something much more epic — but it’s exacerbating an existing, real problem or worry.

And, as in the real world, the horrors in Castle Rock aren’t quite so black and white.

“There are other stories where it’s clean who your protagonists are and who your antagonists are and what the moral dimensions of the storytelling are,” Shaw says. “You rarely have this luxury with Stephen King. The landscape is often more disturbing and unsettling.”

The first three episodes of Castle Rock will debut on Hulu on July 25. New episodes will be available to stream every following Wednesday.