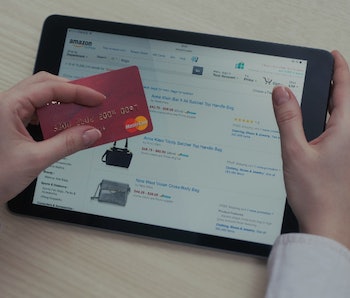 Prime Day! Prime Day! Prime Day!… is over. If you’re like most Amazon Prime members, you may be experiencing a Prime Day hangover. But the effects may not be just simple buyer’s remorse. Tuesday evening, Amazon employed its most psychologically manipulative method during the last few hours of Prime Day to lull shoppers into a stupor of endless scrolling, which may explain the bags under your eyes.

Starting around 10 p.m. Eastern, Amazon’s Prime Day’s page was completely taken over by Lightning Deals — time-sensitive deals that usually only last for a few only a few hours, or until they run out. The home page allowed for endless scrolling of the endless deals that were literally slipping away before your very eyes. The frenzied everything-must-go effect layered on-top of Prime Day’s existing deals was a smart tactic that was seemingly engineered to squeeze the last pennies our of your piggy bank — and according to science, it probably worked.

The Psychology of Lightning Deals

The psychological engineering of Lightning Deals has been scientifically proven to promote buying in Amazon users. In a 2018 study published in Management Science, researchers From Emory, University, Washington University in St. Louis, and Northwestern University found that as the inventory of a Lightning Deal decreases, the rate of buying on that deal increases. Unlike most deals, Amazon doesn’t just show text illustrating how many are left in stock, they also show an updating graph — putting a visual marker to the number. Additionally, Lightning Deals have a live countdown clock alongside the inventory graph, giving you two markers of your deal’s deadline.

Professor Ruoming Cui and his co-authors write that these features provide crucial information for the consumer, that pushes them to “reevaluate their desire for a product”:

Having to make decisions in a limited time under the pressure of missing the deal, customers need to rely on as much information about the product as possible. These features make inventory availability an important factor in their assessment.

As Cui et al. point out, Amazon has seemingly designed Lightning Deals in a way that targets the human proclivity to ascribe value to things that are scarce — also known as scarcity bias. By illustrating the shrinking inventory, Amazon gives buyers a perception that an item’s quantity is scarce. The countdown clock tells users that time is scarce.

Prime Day itself (and all short-term sales do) relies on the scarcity effect. By constraining the period of time that discounts last, a scarcity is created that contributes to the reevaluation of a product by consumers — allowing Amazon and its sellers to access a market that normally wouldn’t purchase their products.

By strategically placing a glut of lightning deals at the end of Prime Day, Amazon inserted a shock that inspired yet another reevaluation of the value of the products up for sale. If it worked, you were one of the Prime shoppers that contributed to the biggest Prime Day in history, and you may have woken up scratching your head wondering why you spent all that money last night.

Update: When reached for comment, Amazon referred us to this press release.

More like this
Entertainment
8.7.2022 10:30 AM
Rings of Power clip sets up an epic Sauron moment Tolkien fans will love
By Alex Welch
Innovation
8.5.2022 11:00 AM
Alexa could diagnose Alzheimer’s and other brain conditions — should it?
By Joanna Thompson
Entertainment
7.29.2022 3:00 PM
Amazon’s Paper Girls is the best new time-travel TV show since Dark
By Mónica Marie Zorrilla
Related Tags
Share: