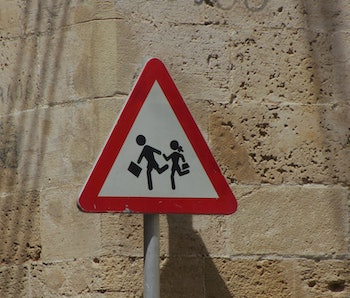 Google’s self-driving car can’t go six months without having an accident, so using a simulated city to test autonomous autos should save a mountain of insurance paperwork. In the wake of some self-driving cars coming to abrupt and unpleasant stops, the University of Michigan has opened a 32-acre site on its campus for researchers to try out the latest backseat driving experience. In a just world, this is what Grand Theft Auto XX will be like, but in this actual world, it’s an important step toward making transportation technologies that works in the context of other technologies.

Run in partnership with the state and federal government as well as some local companies with a stake in the car game, the $10 million testing ground features intersections, railroad crossings, roundabouts, gravel roads, parking spaces, moveable buildings, and fake pedestrians/crash test dummies. There’s even a simulated highway entrance ramp. What makes this facility different than the ones run by most auto companies is that it’s not owned by an auto company and therefore can be used to see how different self-driving cars interact. Self-driving cars have to play well with others, and this is where we’re going to teach them — like toddlers — to do just that.

It’s like the world’s greatest Hot Wheels set and it lets testers be “maximally evil,” Associate Professor of Engineering Ryan Eustice told the AP. “In terms of the weird stuff, we can pack it all in in a very dense way,” Eustice added, presumably before pushing letting loose a herd of deer.