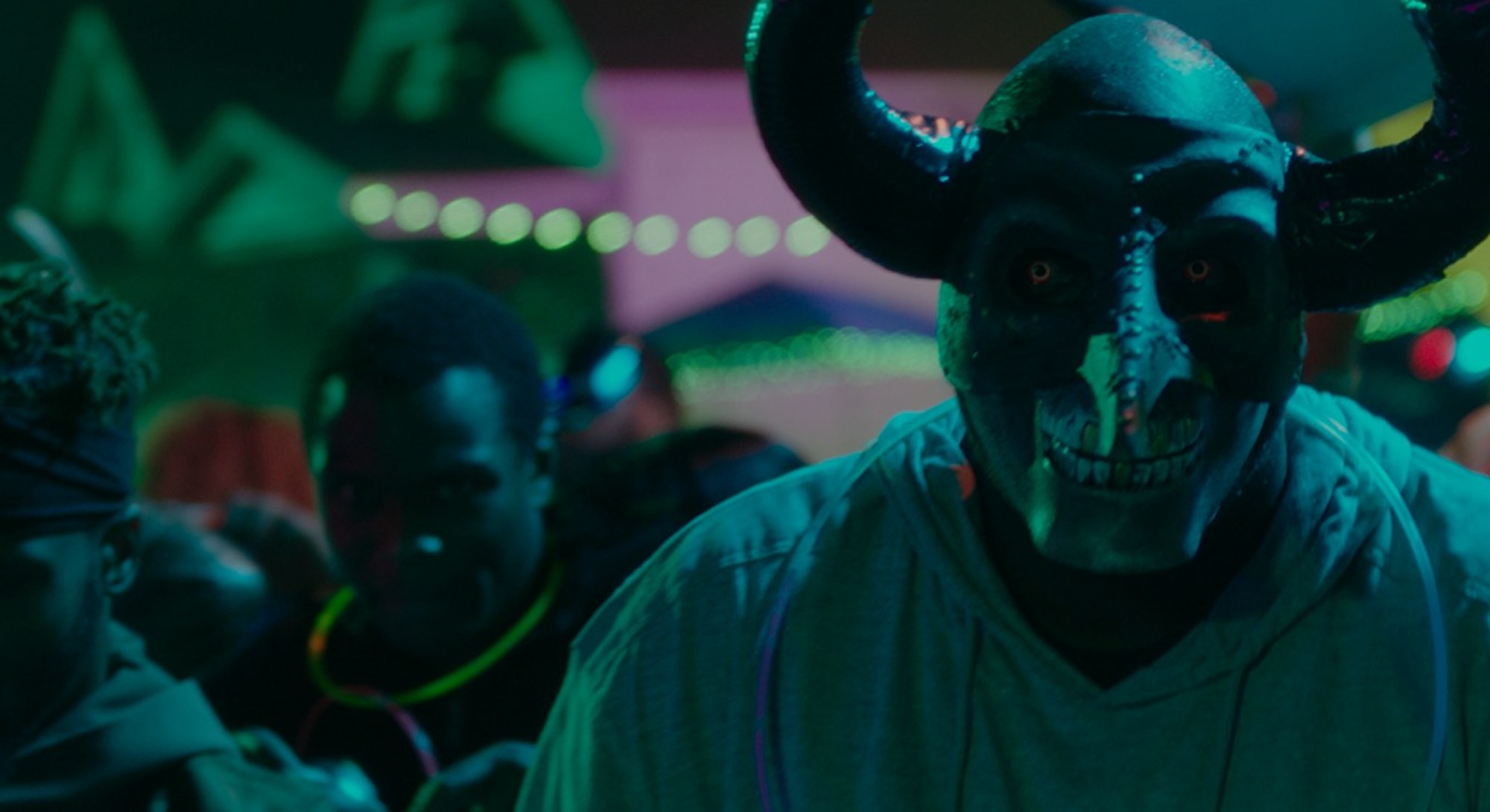 You probably wouldn’t recognize actor Rotimi Paul if you passed him on the street, and that shouldn’t come as a surprise. Paul’s biggest role yet has him covered in makeup, fake scars, and temporary tattoos as The First Purge’s unforgettable villain Skeletor. But after sitting down with Paul for a few hours, his Skeletor side comes out in the best way possible — not the as bloodthirsty killer we see onscreen, but the self-aware observer lurking just beneath the surface.

“When the Purge happens, Skeletor becomes the gladiator in the Coliseum,” Paul tells Inverse, cutting through the gore and violence to an unexpected meaning at the film’s center. “It’s a story about fame and what that does to you.”

Over two hours and many slices of pizza, Paul spoke about everything from the political message behind The First Purge to the deleted scene that could have changed Skeletor’s entire story arc.

Warning: Spoilers for The First Purge ahead.

For most of the movie, Skeletor is a villain. The first time we see him, he’s shaking down a young drug dealer for free crack. Later, he claims the first kill of Purge night and massacres an entire crowd of non-violent revelers. But in the film’s final moments, Skeletor gets a shot at redemption. Sort of.

As a team of ruthless soldiers closes in on the last remaining Purge survivors inside their apartment, Skeletor emerges from the shadows to cut down a few enemies, buying our heroes enough time to make their escape. He’s still a bloodthirsty killer, but for once he manages to do something good. According to Paul, however, there’s a deleted scene that changes Skeletor’s entire ending.

“We did shoot a scene where he surprises the good guys in the apartment,” he says. “It made the ending more impactful.”

Skeletor’s ending doesn’t actually change with that one deleted scene. He still gets to be a martyr of sorts, but by giving him one last villainous jump scare, The First Purge could have raised the stakes even higher for his last moments on camera.

As for what happens to Skeletor after the credits roll, you might assume he dies in the blaze that takes out all those soldiers, but Paul isn’t so convinced.

“His ending was left open, just looking at the narrative,” Paul says. “Logistically he might be alive. They never show the living room where he was last seen.”

But even if we never see him again, Paul is certain that the character he portrayed will go down in Purge history. When asked if Skeletor will be remembered within the Purge cinematic universe, Paul’s eyes light up with excitement.

“He’s very famous,” he says. “He’s the first killer ever, but he also coins the term ‘the purge.’”

In the real world, Paul hopes Skeletor can serve as a wake-up call to both America’s opioid epidemic and, perhaps more importantly, the way we treat the people it affects. His character isn’t just a drug addict who stabs people with syringes, he’s a symbol of the “marginalized of the most marginalized.” The type of person you might walk by without even noticing. The type of person who sees the Purge as a chance to make their voice heard.

More broadly, Paul recognizes the countless political and social messages packed into The First Purge, from that haunting baseball diamond scene (“It’s a direct reference to Black Lives Matter”) to the church massacre, which he says felt particularly prescient while it was being filmed.

“We shot it shortly after the church shooting down South,” he says. “That’s supposed to be a safe haven. To have it as a place of a massacre is not something I want to be numb to.”

Paul also recognizes that the Purge movies have become increasingly political, though he blames that more on societal changes than a shift in the tone of the films. It’s true that the movies have become more overt in their message, but if anything, it’s hard for the franchise and its fictional New Founding Fathers to keep up with the current US government.

“The movies have become more like the real world over time,” he says. “It’s a natural progression and an eerie symbiotic relationship.”

America often feels like it’s changing for the worse, and the best measure of that change may be reflected in the way we as an audience respond to characters like Skeletor. After all, if we can empathize and even cheer for a psychotic, murderous, syringe-wielding killer, what does that say about us as a society?

But none of that seems to bother Paul, who’s already seen the movie a handful of times in theaters just to find out how audiences will react to his character’s final act of violence.