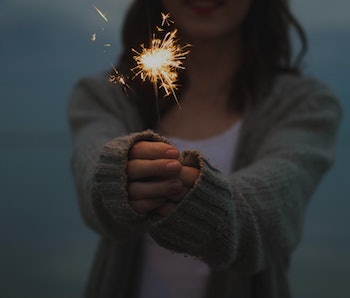 Sparklers are widely considered to be the safest sort of firework, with many US states allowing the sparking sticks in lieu of other forms of celebratory projectiles, but a new report from the Consumer Product Safety Commission indicates that a disturbing rise in fireworks injuries as of late has been accompanied by a surprising number of harmful sparkler incidents.

The Spark That Blew Your Hand Off

Considering sparklers are just tiny spark-emitting sticks, they accounted for a strangely high proportion of injuries in 2017. 14 percent of studied hospital injuries came from sparklers, second only behind “unspecified” fireworks, meaning data wasn’t able to be gathered on the specific type of firework that caused the injury.

According to the report, 60 percent of sparkler injuries involved hands and fingers, and injured 0-4 year-olds and 25-40 year-olds twice as much as other age groups. Burns were the most common type of injury.

Of eight recorded deaths caused by fireworks in 2017, one particularly horrifying death was caused by sparklers, resulting in the loss of a 4-year-old girl:

The victim and her father were in front of their home where the father was lighting fireworks on July 10, 2017. At some point, the father put numerous individual sparklers into a piece of metal tube and then secured the tube into a planting pot to make it stay upright. The victim’s father did this several times without an issue… the victim’s father packed sparklers into the tube again and ignited them. The victim was reportedly about 10 to 12 feet away from the fireworks. Once the sparklers were lit, the force of the sparklers blew apart the tube, creating shrapnel that struck the victim in the neck… The medical responders treated the victim without success. The coroner declared the victim deceased just after the midnight.

Five of the eight deaths involved putting fireworks in closed objects like pipes, so please don’t do that.

The report doesn’t go into why so many injuries are caused by sparklers, but the fact that the majority of the injuries are burns to the fingers or hands, and afflict the very young more than other age groups, suggest that parents may be giving their little ones too much liberty with sparklers because they’re considered to be safer than other options.

To stay truly safe this firework season, we suggest you go the old-fashioned route and just rub two sticks together.

More like this
Science
Feb. 1, 2023
‘Golden Boy’ mummy CT scans reveal 2,300-year-old burial traditions
By Robin Bea
Science
Feb. 1, 2023
7 Years Ago the World Agreed to Slow Down Climate Change — But a New Report Shows an Uneven Future
By Tara Yarlagadda
Culture
7 hours ago
The End of the Cold War Could Have Killed James Bond. Instead, it Made Him Stronger.
By David Grossman
LEARN SOMETHING NEW EVERY DAY.
Related Tags
Share: