Rescue divers found on Monday the youth soccer team trapped in a cave in Thailand since June 23, marooned by floodwaters that kept them inside. All were found with signs of life, said officials, and the cave that trapped them, located in the Chiang Rai province on the northern border of the country, was altered slightly for the rescue to take place: Divers found the group after using a drill to widen a passageway that was too small to get through with their air tanks. But the remarkable rescue effort doesn’t have a happy ending just yet.

Video emerged on Monday of the boys, many wearing their soccer jerseys, in the cave as they were greeted by members of the Thai Royal Navy. They were given an energy gels to eat; the boys could drink the fresh water that had trapped them and the heat was around 100 degrees, keeping them warm and safe from hypothermia.

A British diver, appearing an emotional video released by Thai Navy SEALS, is seen hearing the good news when asked how many were in their trapped party:

“How many of you?” he asks. “Thirteen? Brilliant,” he says with palpable relief.

Where Is the Tham Luang Nang Non Cave?

The cave is located on the border between Thailand, Laos, and Myanmar in Tham Luang Forest Park, where the 12 boys (aged 11-16) and their 25-year-old coach were trapped. The sandy red rock of the cave was a setting for their ordeal, located beneath a thick jungle.

Why Was the Soccer Team in the Cave?

The boys reportedly were familiar with the cave and ventured there after practice with their coach to explore. A teammate of theirs, Aektrakoon Suwanmard, told local media in a TV interview he had to go home early. The boys’ relatives anxiously waited outside the cafe while an international team of rescuers, including cave divers from the United States and the United Kingdom, as well as Thai rescuers, joined the search effort. 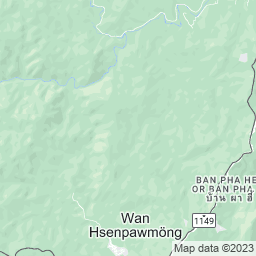 What Is the Condition of the Boys Found in the Cave?

The governor of Chiang Rai Province, Narongsak Osottanakorn, said in an interview that all of the boys were alive, but did not offer any further details on their condition.

Where Are the Boys Found in the Cave Now?

As of 1 p.m. Eastern on Monday, the boys were still in the cave. It will be challenging for rescuers to safely remove them from the cave in their weakened condition.

“After we have the doctor assess their condition, they are going to give them treatment for them to able to move,” Narongsak told the press. “Then we are going to decide next how to move them.”

While they were all found alive, the story doesn’t yet have a happy ending as they’re still inside the cave that trapped them for more than a week.