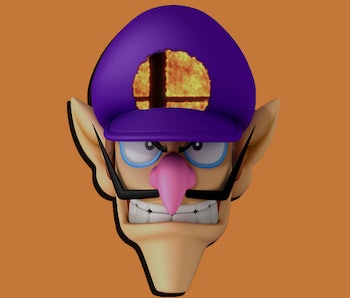 When it comes to new characters, the Super Smash Bros. Ultimate roster is pretty light. To be fair, Nintendo did bring back every old fighter from every previous game in the Smash series, but for some fans that’s still not enough.

With that in mind, one Super Smash Bros. Ultimate hopeful took to Reddit to share some speculation over which fan-favorite characters might still make it into the game. The post, created by Reddit user u/Space_Woofer, is broken down into two main categories: Base Game (unannounced fighters that will be in the game at launch) and DLC (future post-release additions that you’ll have to pay extra for as downloadable content). Both sections feature some very interesting suggestions, along with the logic to back them up.

Right off the bat we begin with an interesting addition: Simon Belmont from Castlevania. The classic character was already the subject of recent leaks from a pretty trustworthy source, and Nintendo also has a long history with the Castlevania series. So this seems like a safe place to start.

Other pre-release additions include Rayman (Nintendo’s already brought Rayman Legends to the Switch) and a new Pokémon to represent the latest generation of creatures from Pokémon Sun and Moon. Personally, my favorite character on the list if Funky Kong, which also makes a lot of sense since he got a shoutout in the Donkey Kong Country: Tropical Freeze port for Nintendo Switch.

This is where things get really interesting. Right off the bat, u/Space_Woofer drops a bomb with Waluigi, arguing that Nintendo won’t be able to ignore the public outcry over the Mario villain’s exclusion. Perhaps even more important, the company probably won’t be able to resist the potential profits from releasing Waluigi as a paid extra.

The post goes on to suggest that several characters from Arms, Nintendo’s Switch-exclusive boxing game, will show up as DLC as well. The post argues that Nintendo purposefully held off on including them in case the game was poorly received, but suggests they could still show up post-release.

Finally, u/Space_Woofer caps off the list with a simple request: “Shovel Knight: pls.”

More like this
Entertainment
Sep. 13, 2022
Everything you need to know about The Legend of Zelda: Tears of the Kingdom
By Willa Rowe
Gaming
Sep. 23, 2022
Mario + Rabbids Sparks of Hope devs scrapped a time-manipulation mechanic
By Steven Asarch
Gaming
Sep. 23, 2022
8 can't-miss hits in the Nintendo Switch blockbuster sale
By Joseph Yaden
Share: