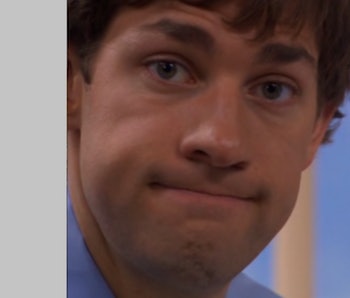 If you’ve scrolled through any tweets lately, you’ve probably seen something along the lines of a numbered list ranking arbitrary items. The joke is that “you can’t rank them because…” followed by the No. 1 ranked item being the author’s opinion. The lists have seemingly become the internet’s favorite meme.

The most popular faux-ranking tweets tend to embody a very popular opinion, like being a dog person, or loving buffalo chicken dip, or knowing all the words to “Dancing Queen.” But the lists overall can get as far-reaching and hyper-specific as niche jobs and even college courses. Pets, of course, are also a popular topic.

Some people have taken the opportunity to get oddly specific, like one quantifying farmers’ workloads.

And, of course, companies like Netflix take any opportunity to capitalize on memes, because nothing is sacred.

The way this meme appears to have developed is through the K-pop stan community. The oldest popular tweet with a “you can’t rank them” list appeared on Twitter June 20, 2018, with scores of other K-pop stans utilizing the format in the following week.

A lot of and arguably most popular memes originate on Twitter and Tumblr-based stan communities. But they only really enter the mainstream when someone uses the format to make an ultra-relatable post, like the below tweet that really catapulted the list format into everyone’s timelines.

Soon, the list meme was used for everything from music preferences to, well, memes themselves.

Some tweets were still fandom-esque but for popular enough topics that they gained traction.

Some of the most popular iterations were about sports.

Sprinkled throughout the most popular list meme were classic TV shows that almost everyone has seen.

And the two below tweets that vaguely demean women based on their appearance — super funny, y’all! — went head to head.

Brunettes won. Probably because there are more of us.

And finally, some local favorites.

Like most text-based memes, the “you can’t rank them” list blew up thanks to its easily interchangeable format. Whether you love or hate scrolling past them, they’ll probably clog up your timeline for days to come.

More like this
Entertainment
Sep. 25, 2022
Knock at the Cabin trailer gets roasted online for one bizarre mistake
By Alex Welch
Culture
Oct. 4, 2022
You need to watch Spielberg’s most divisive sci-fi movie on Amazon Prime ASAP
By Robin Bea
Culture
Oct. 3, 2022
Netflix has the perfect sci-fi thriller to kick off your spooky season
By Jake Kleinman
Share: