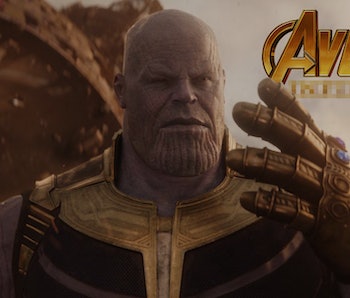 Feige sat down with Collider at a press day for Ant-Man and the Wasp and revealed that the much-speculated upon subtitle will continue to be speculated for a while.

“That’ll be after the Captain Marvel teaser probably, announcing that title,” he said. “It’ll be towards the end of the year with however we launch that film.”

The Avengers 4 title is still a secret because, as Feige explained shortly before Infinity War came out in April, it’s a huge spoiler. It’s supposedly so big a secret that even the cast doesn’t know what the movie is called, though this could be a little bit of subterfuge on Marvel’s part. Still, Marvel is going to need to reveal what the title is and “spoil” the movie at some point, and it’s looking like late 2018 is when that will be.

For what it’s worth, Marvel announced the title of Infinity War — then known as Part 1 — way back in October of 2014, more than three years before Infinity War’s April 2018 release. It’s interesting then, that in the name of preserving a secret that will have to be spoiled eventually, Avengers 4 still doesn’t have a name an it’s less than a year before its May 3 premiere.

Captain Marvel comes out on March 8, 2019, and the first trailer will, it would seem, come out later this year.

More like this
Entertainment
Jan. 15, 2023
3 ways Marvel Phase 5 can fix the MCU’s biggest problems
By Dais Johnston
Entertainment
Jan. 17, 2023
Guardians of the Galaxy 3's Adam Warlock reveal may be a big misdirect
By Eric Francisco
Entertainment
3 hours ago
Last of Us Episode 3 release date, time, and trailer for HBO's zombie show
By Claire Fox
LEARN SOMETHING NEW EVERY DAY.
Share: