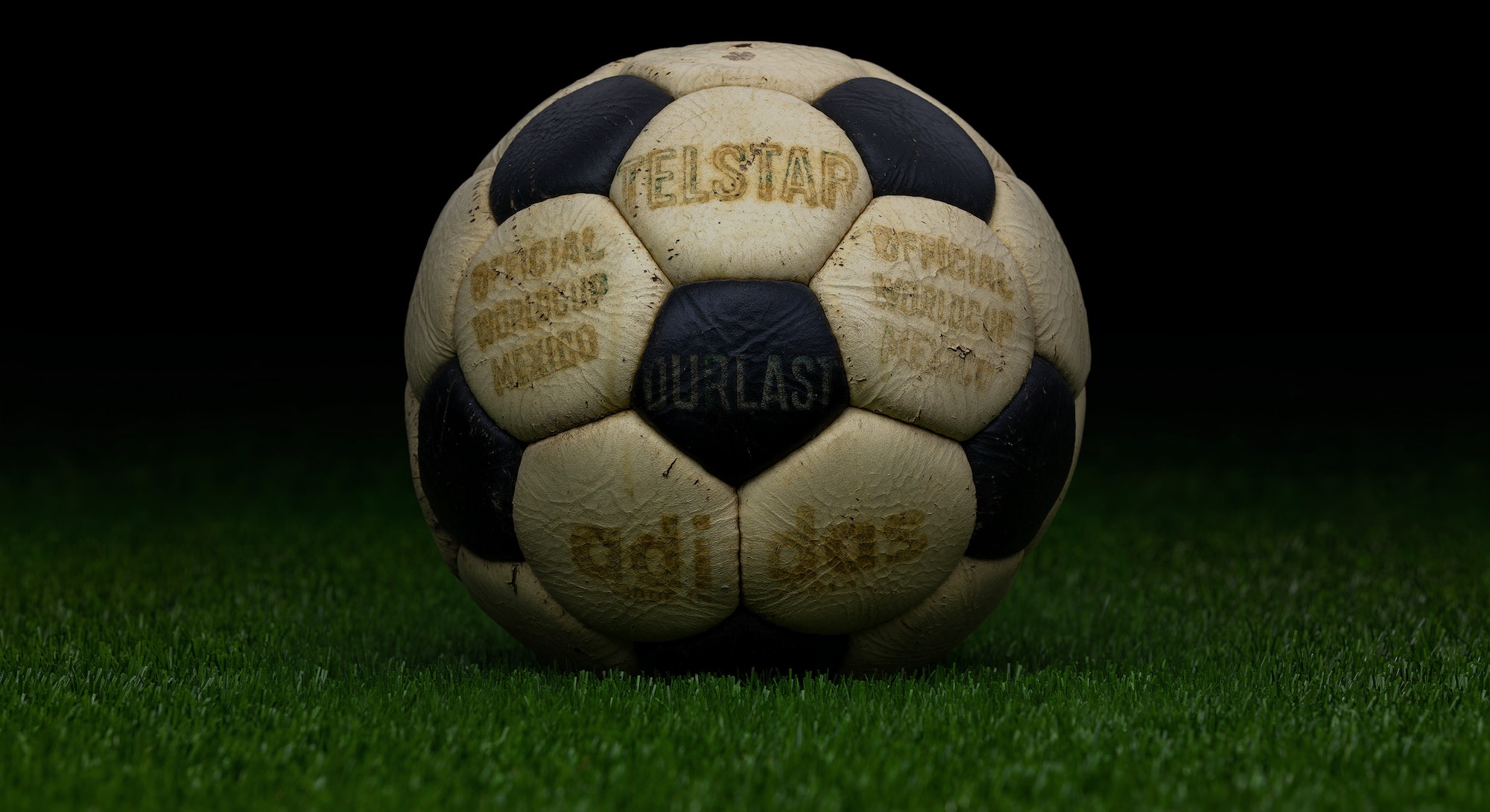 As the 2018 World Cup continues in Russia, all eyes will be on one object: the iconic black-and-white soccer ball, or football if you’re somewhere other than the United States. The Adidas Telstar 18 features a “pixelated” design where the familiar black spots look like they’re still downloading over a spotty internet connection. It’s the latest edition of the official World Cup ball that’s always changing — but a few things, like opinions on a new ball that players, including frustrated goalkeepers, rarely do. They hate it.

Black-and-white soccer balls have only been around since the 1960s, when advances in materials science and the futuristic work of Buckminster Fuller popularized the “Buckminster” style of soccer ball, composed of 20 hexagons and 12 pentagons. The color combination had a simple function: it made the ball easier to see, especially on black-and-white televisions.

In 1985, Fuller’s invention was honored when a molecule shaped like this iconic soccer ball design was named after him. “MOLECULE IS SHAPED LIKE A SOCCER BALL” was the straight-forward headline in the New York Times about the buckminsterfullerene, a molecule of carbon atoms linked together.

The black-and-white ball made its first World Cup appearance in 1970, in a design called the Telstar ball — still the most recognizable soccer ball design (A bit of World Cup trivia: Brazil won that year and it was held in Mexico and it was the “greatest World Cup ever”). In the decades since, World Cups have featured a number of different ball designs, but most draw inspiration from that original in some way. Until 2006, all had 32 panels in the “Buckminster” arrangement, though not always in those exact color configurations.

Scientists have studied the Buckminster and its descendants to see if they actually have an impact on gameplay, and there’s some evidence that suggests the design has changed the sport since it contributed to those “greatest goals of 1970.”

The first World Cup ball with 20 hexagons and 12 pentagons, now an iconic design, was used in 1970

Factors from stitching to panel shape all have an effect on how soccer balls fly. A 2017 study found that the stitching patterns on FIFA balls create drag when the ball is in the air, helping stabilize its path. The researchers also tested balls without stitching, finding that they had more spin and flew at a higher velocity. But stitching also has downsides—a ball with stitching is more likely to take on water and can be more difficult to handle, according to Adidas, which has made the World Cup ball since 1970.

Seam length can also have an effect on how the ball flies, something that’s been more important since 2006, when the balls stopped all having the same seam length. Several studies have also looked at the effect of panel shape on a ball’s behavior. In 2014, using a wind tunnel and a kick robot (it’s exactly what it sounds like), researchers at the University of Tsukuba in Japan found that different panel shapes on balls used in 2014’s World Cup matches did change the amount of drag they experienced. Another study found that the number of panels on the ball also changed the amount of drag.

The fourteen-panel Teamgeist 2 ball experiences less drag than the 32-panel balls that came before it, because it is closer to spherical than those balls.

In 2014, scientists observed a correlation between the wind tunnel test results and the actual ball trajectories, and also clarified how the panel characteristics affected the flight of the ball, which enabled prediction of the trajectory.

Croatian player Luka Modric scores a goal from long range in a match vs. Argentina this World Cup.

The style of the ball does have an effect on the game — something that World Cup players have been saying for a long time. Adidas, the long-running official maker of the ball, continues to come out with a new design every World Cup.

This year, you can watch the Telstar 18 — which is “thermally bonded” and doesn’t have stitching — fly around the field during matches. The Evening Standard, a British newspaper, reported before the tournament that the ball “was designed in order to reduce the amount of dip and movement players can put on the ball, especially from set-pieces.” Correlation isn’t causation, but set-piece goals have been one of the big stories this World Cup.

Two goalkeepers have already complained about the design, but hey, that’s the World Cup. It seems to happen every year as players adjust to a new ball and how it holds air, how it flies through the air, and how softy they have to cushion it with their feet.

In 2010, the Adidas “Jabulani” model ball, used during the 2010 World Cup in South Africa (Your final bit of World Cup trivia: In the final, Andrés Iniesta scored in extra time, the 116th minute, to give the country its first ever World Cup) was hated. Before the tournament, Spanish goalkeeper Iker Casillas compared it to a beach ball.

“The ball is dreadful,” the English goalkeeper David James told reporters ahead of that year’s tournament.. “There are undoubtedly going to be some goals scored in this tournament which in previous tournaments with different balls wouldn’t have been scored. It’ll allow some people to score extra goals, but leave some goalkeepers looking daft.”

The science behind a soccer ball, like the sport itself, is always changing, but one thing remains the same: Goal keepers never like the World Cup ball.