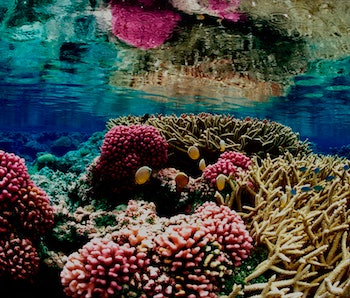 Five international teams have been announced as finalists for the Wendy Schmidt Ocean Health XPrize, giving them the chance to help save the oceans from rapid acidification and win $2 million. It’s a huge prize and an even bigger deal: Ocean acidification is a dangerous side effect of global warming, resulting when atmospheric carbon dioxide dissolves in the water. An acidic ocean kills corals and threatens marine species. The Ocean Health XPrize finalists are competing to build the most efficient and cost-effective pH meter, an essential tool to measure the ocean’s acidity.

XPrize describes itself as an “innovation engine,” driven by the idea that people will make things happen so long as they’re incentivized. Companies such as Google and Deloitte, and government agencies like NASA and the U.S. Department of Energy, fund the prizes.

For $2 million, people will do a lot of things, including devote a year to build a pH meter that can withstand a trip 10,000 feet under the sea, corrosive waters, and ravenous ocean creatures. The prize is split into two parts: $1 million for the most accurate pH reader and $1 million for the most user- and wallet-friendly one. Most teams aim to win both.

The winners will be announced at the XPrize awards gala in New York on July 20th. From the initial pool of 77 applicants, 26 teams built their prototypes in time, and — after several rounds of competition — the five finalists were chosen after a week of testing in waters 0 to 3,000 meters deep off of Oahu, using a U.S. Navy ship as a research base. The finalists hail from around the world and use a range of different approaches. Team Xylem, from Norway, has years of experience selling commercial aquatic sensors, while the U.K.’s Team ANB Sensors, considered the competition’s underdogs (they only started working on their submission a month before it was due), use patented electrodes for an electrochemical approach. Teams from the United States and Japan also made it to the finals.

Acidity has been especially hard to measure in high latitudes, the coasts, and the deep sea. That lack of data is slowing industry and government officials from doing much about it. The creators of the Ocean Health XPrize hope the winning sensor will help scientists get this information — and, further, that it’ll catalyze the development of the ocean services industry and inspire the public before it’s too late.

More like this
Mind and Body
3 hours ago
How do you get monkeypox? An epidemiologist explains what “close contact” means
By Rebecca S.B. Fischer and The Conversation
Mind and Body
8.12.2022 5:12 PM
Who should get the monkeypox vaccine? Here's how to find out
By Katie MacBride
Mind and Body
8.12.2022 10:45 AM
Pig collagen helped restore eyesight in people who were blind — study
By Miriam Fauzia
Related Tags
Share: