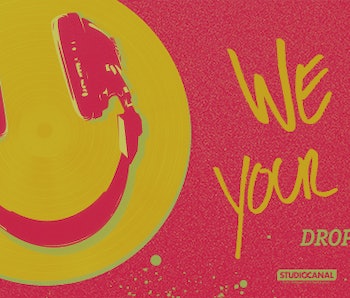 The cultural export of the 2010s is EDM. Electronic Dance Music is what future generations will remember of the Obama years, a time period where everyone was one Molly, wore neon color, and bought thousand dollar tickets for Ultra Fest. Fuck the Great Recession be damned, it’s time to party.

What we don’t have right now is a single film to capture this particular zeitgeist, but look no further because We Are Your Friends is here to answer the call. The film is directed by Max Joseph — from a little show called Catfish — and features Zac Efron as an aspiring California EDM DJ. And the title of the film is from Justice’s crossover blog house song “We Are Your Friends,” in case one’s memory electronic music didn’t begin with Deadmau5.

Now, the film isn’t out until August 28th, but if angsty 20-somethings in Los Angeles trying to make it in the music industry without selling out doesn’t inspire you to rush to the theater, then watch this video below, which should open your eyes to the power of EDM music. EDM — well Diplo and Skrillex — gave Justin Beiber his biggest hit in years, so imagine what it can do to an average person. Dream big and get ready for We Are Your Friends.