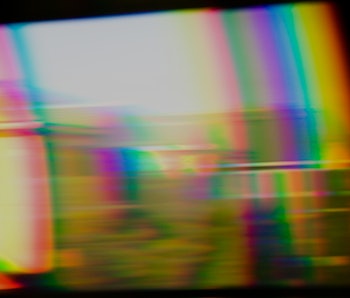 One hurdle for solar energy proponents and the engineers that build them is the fact that solar cells aren’t terribly efficient. The maximum theoretical efficiency for the main kind of photovoltaic cell is about 29 percent. Sunlight’s bouncing around, getting absorbed as waste heat, and just generally not being converted into electricity. So a team from MIT and Israel’s Technion designed a coating that could help funnel more light into them.

“We can totally control the properties of the light, not just measure it,” according to Yaniv Kurman, a electrical engineering PhD. student at Technion who worked on the project, speaking to MIT News.

The core tech underneath a solar cell is something like your LED keychain in reverse; it’s a simply a semiconductor material that converts photons into electrons. Kurman’s team made an ultra-thin, three-layer film of gallium arsenide, indium gallium arsenide and graphene (i.e. carbon) that allows for the subtle tuning of photons travelling out from the sun as they begin their approach to the silicon solar cell’s surface.

“People design the matter in light-matter interactions,” Kurman says, “but they don’t think about designing the light side.”

Some wild quantum mechanical changes happen in this thin-film. Photons interact with pairs of oppositely charged particles in the lattice-like molecular structure, producing a quasiparticle called a plasmon-polariton: a slower, smaller electromagnetic wave that’s closer to the momentum of an electron and easier for a silicon based semiconductor to absorb. The research, published this week in Nature Photonics, is still in its nascent stages, but math suggests that this thin-film will be capable of slowing these light particles down by a factor of one thousand — meaning that a wide range of the light spectrum could suddenly be easy to convert into energy.

Because these semiconductor materials are so similar to LEDs, the team sees the highly tailored color production as being perfect for super crisp digital projectors, advanced lasers, and — as MIT graduate student Nicholas Rivera, a co-author on the study put it — “a lot of functionality we don’t even know about yet.”

More like this
Science
Oct. 2, 2022
Even if geoengineering worked, over half the world could keep heating up
By Patrick W. Keys, Curtis Bell, Elizabeth A. Barnes, James W. Hurrell, Noah Diffenbaugh and The Conversation
Innovation
Sep. 21, 2022
Look: Drones could be the future of 3D-printed architecture
By Jennifer Walter
Innovation
Sep. 28, 2022
Look: This tiny robot could change medicine forever
By Katie MacBride
Related Tags
Share: