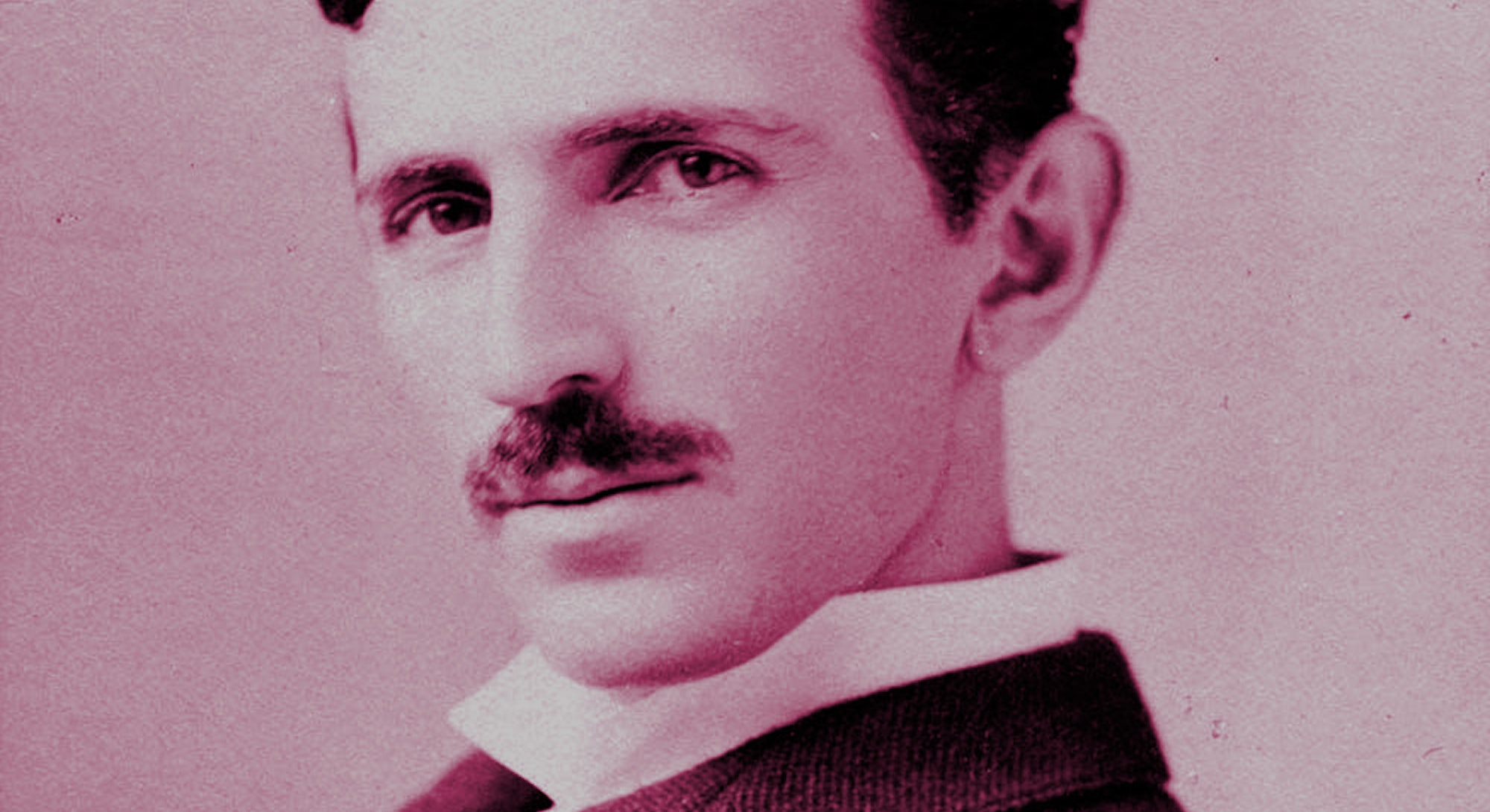 As he died in 1943, it’s easy to make claims about Nikola Tesla, the inventor, engineer, and futurist who is credited with more than 300 patents. He also held remarkable popular appeal at the time and was known as a promotional expert, not unlike the CEO of Tesla, Elon Musk, whose electric car company is named after the inventor. For one example of his popular appeal, anyone who has visited Los Angeles’ famous Griffith Observatory has likely marveled at the Tesla Coil on display just as much as what the telescopes reveal in the night sky.

Because of Tesla’s varied accomplishments, conspiracy theorists have given credit to the innovator for numerous inventions they say world governments have hidden away over the years for various reasons, from oppressing their people or using those inventions own selfish reasons.

The theory that Tesla’s potentially world-changing inventions are being hidden away is one that author and podcaster Brian Dunning explores in his new book, Conspiracies Declassified: The Skeptoid Guide to to the Truth Behind the Theories, which was released today, June 5. Inverse is republishing with permission his examination of Nikola Tesla, which is included in the section of the book titled “Suppressed Science.”

The theory about Tesla isn’t as widespread or ridiculous as the one about all-powerful lizard people, but it’s equally as fascinating.

If everything the Internet said about Nikola Tesla were true, we would all have flying cars and holodecks and transporters. This engineer has had his name co-opted by conspiracy theorists more than any other person. No matter what magical technology you wish were real, you can find someone who believes Tesla invented it. The form this usually takes is a vague claim that Tesla invented limitless electricity, free to everyone, forever. But since it would be impossible to meter and sell, nobody would invest in it; indeed, say the conspiracy theorists, his invention was actually suppressed by profit-driven utilities and regulators.

While limitless energy is the main invention that conspiracy theorists mention, his other inventions are treated the same way. They say his inventions were seized by the government and Tesla himself was written out of the history books. The claim that Tesla created fantastic inventions that are suppressed by governments to protect their profits remains a staple of Internet conspiracy culture.

Nikola Tesla was a top-notch electrical engineer, but almost all of the fanciful inventions attributed to him by conspiracy theorists are fictional.

Nikola Tesla was almost thirty before he was finally able to immigrate to the United States from what is now Croatia. He’d been stuck in frustrating work as a telephone engineer in a remote European country with few resources or opportunities, while electrical technology was exploding elsewhere in the world.

Once Tesla arrived in the United States, he took a job in the laboratory of the great American inventor Thomas Edison, whom Tesla found to be gruff, unethical, and stingy. A contract dispute was the final straw that prompted him to head out on his own, but he had other (and better) reasons. He knew that Edison would have owned anything Tesla developed while in his employ, and Tesla had several good ideas that he wanted to keep for himself. So, on his own, Tesla filed a number of patents for an AC induction motor and for the distribution of alternating current via an electric grid. The acquisition of these patents by Westinghouse Electric & Manufacturing Company made Tesla’s fortune and fame, and provided him with the resources he needed to do further research.

Tesla gained notoriety with photos of himself fearlessly sitting beside a giant Tesla coil, a high-voltage device popular today for its ability to throw off lightning bolts from a doughnut-shaped coil at the top. And, from his now-famous labs in Colorado Springs, Colorado, and New York State, Tesla plunged headlong into his more fanciful, theoretical work. He was obsessed with the idea of wireless power transmission. He did experiments with X-rays and radio, winning patents still in use today, but not really excelling in the business side of things. His next great investor, the industrialist J.P. Morgan, stopped financing Tesla when Italian engineer Guglielmo Marconi beat Tesla in successfully transmitting radio signals across the Atlantic Ocean.

Tesla sunk what funds he had left into building his great tower at Wardenclyffe in New York, with which he hoped to wirelessly transmit power around the world, and into his experiments in Colorado transmitting electricity through the ground. Some reports claim that he had success with this, but the losses were enormous, costing far more electrical power than could be successfully received.

Tesla’s landmark Wardenclyffe Tower was built in Shoreham, New York, in 1901. Originally conceived as a radio transmission tower in which he could transmit radio signals and even facsimile images to Europe, his plans soon expanded, and he imagined wirelessly transmitting electrical power all over the world. It never worked, and with our improved knowledge of physics today, we now know that it never could have worked. Investors pulled their funds, and the tower was demolished by the creditors in 1917.

Eventually, Tesla ran out of money. His experiments came to an end and he moved into a New York hotel to live out the rest of his life as a recluse with odd habits, a deteriorating personality, and monomaniacal personal hygiene.

However, when he died, the United States was in the midst of World War II. Hoping to find some kind of weapon or useful invention, the government took advantage of Tesla’s status as an immigrant and an obscure “alien property” act to seize all of his possessions. It took only three days to analyze what was there before issuing the following report: “[Tesla’s] thoughts and efforts during at least the past 15 years were primarily of a speculative, philosophical, and somewhat promotional character often concerned with the production and wireless transmission of power; but did not include new, sound, workable principles or methods for realizing such results.”

Sadly, after such a magnificent and promising career, Tesla’s final gift to the world consisted of nothing more than useless, rambling notes.

Nikola Tesla did invent one useful technology — and only one, so far as researchers have turned up — that was not also being simultaneously developed by his contemporaries. It was radio control. At the 1898 Electrical Exhibition at Madison Square Garden in New York, Tesla amazed a crowd by wirelessly controlling a 4-foot-long model boat around a pool of water, and even flashing its lights. Nobody present had ever seen anything like it.

No other name in history has been caked with as much false pseudoscience and false history as Nikola Tesla. It’s true that he was a brilliant engineer, and he was certainly ahead of most of his colleagues in the field. Yet virtually every invention attributed to him was really just something that he was the first to patent in the United States.

Tesla is best known for the development of AC (alternating current), and his war with Edison who favored DC (direct current). Tesla’s AC system is the one used worldwide today for transmitting power. However, experimental AC grids were already being tested in Europe when Tesla was still a young telephone engineer in Croatia. Tesla was simply the lucky first one to get the patents filed in the United States.

Tesla is also known as the inventor of the electric induction motor, a big improvement over the DC motors already in existence. Again, he was not the first: Galileo Ferraris had a prototype working two years before Tesla did. But again, Tesla was the first one to the United States patent office.

A clever showman, Tesla was keenly aware of his almost-magical reputation and knew to exploit it. The famous photographs of him sitting in his Colorado Springs laboratory surrounded by lightning bolts from his Tesla coil were double exposures made for publicity purposes. It would have been deadly to actually sit there.

Tesla’s famous tower at Wardenclyffe, which he was never able to complete, is often characterized as a way to provide free electricity to everyone in the world by transmitting it through the air. However, even if it had worked, there would have been nothing free about it. The electricity would still have had to be generated somewhere, at the usual cost; Tesla’s idea was only about transmitting it. Today we have a much better understanding of the ionosphere, and we now know that his Wardenclyffe Tower technology would not have worked. This is why there have been no serious attempts to replicate it.

In addition, many of his experiments with wireless power transmission were based on bad information. Tesla hoped that electromagnetic waves could be persuaded to work in a manner that we know today they don’t. He hoped there would be no losses sending electricity through the Earth, losses that we know today are huge. In short, for much of his later work, he was simply wrong, dependent on crackpot mathematical ideas that were, even in his day, rejected by most mainstream mathematicians and physicists.

Tesla is also known for the creation of a powerful death ray. However, no corroborating information ever surfaced, either in his notes or from any of his lab assistants. This death ray was something he often spoke of, but only during the final years of his life, when he was destitute and consumed by his descent into obsessive compulsive disorder in a New York hotel.

However, Tesla does not deserve to be maligned in any way. He was massively productive and innovative, and spent his entire working career at the very forefront of his field. In order to patent working devices, he had to tweak or improve existing technologies to make his patent applications valid. Every textbook on electromagnetic theory rightly confers upon Tesla the enormous credit he deserves (contrary to the claims of conspiracy theorists who claim he has been “written out of history”). He was no slouch. He just didn’t have the mystical, godlike powers that so many people attribute to him, and nothing he ever worked on remains a mystery to science today. Tesla was perhaps ten years ahead of his time…seventy-five years ago.

Excerpted from Conspiracies Declassified: The Skeptoid Guide to the Truth Behind the Theories. Copyright © 2018 by Brian Dunning (Skeptoid.com) and published by Adams Media, a division of Simon and Schuster. Used by permission of the publisher. All rights reserved.